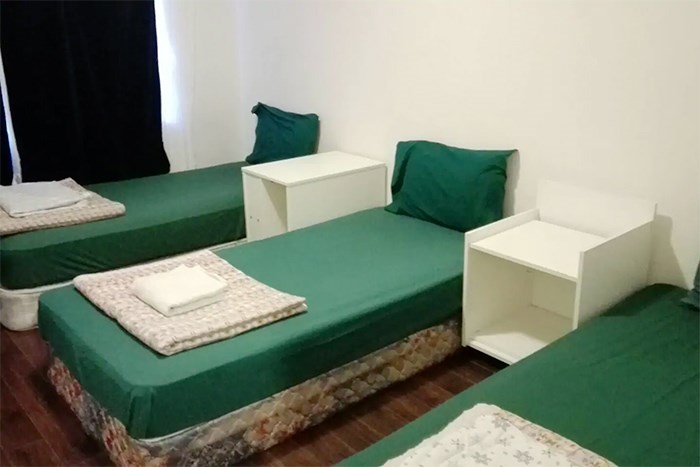 Recently City of Vancouver City staff presented the results of their first year of regulating short-term rentals to Council.

They showed insights into the market, what’s happening in it, and how they’re making sure people follow the rules around renting out their primary residences on Airbnb and other rental platforms.

A few people from the public spoke in favour of and against a few new regulations staff hoped to get implemented.

I sat there in the Council Chamber as City Council heard from a firefighter who does shift work. He talked about how he's been able to supplement his income by making his primary residence available for rent while he's working.

I listened to Councillor Colleen Hardwick as she put forward the idea of having a "whistleblower line" set up, so that people could rat out their neighbours who they think might be running illegal operations.

I logged in to Airbnb (disclosure: I used the service once on a trip to the USA and have an account), searching for properties in Metro Vancouver.

Narrowing down the price to "up to $21" I was shocked to find a full 62 listings available.

SIXTY TWO LISTINGS FOR UNDER $20 PER NIGHT.

Some of these listings are $11.

ELEVEN DOLLARS PER NIGHT TO STAY IN VANCOUVER.

Most people would be happy to save money while on vacation, or while staying in a place for work, however the economics of these listings seem almost too good to be true.

Earlier this year the City pegged "affordable" rents at $2,056 per month.

These ultra cheap rentals are described in their listings as "Cozy", "Cheaper than a hostel", "Cheapest", and "Budget". However it seems hard to believe that these properties are the primary residences of the people who own them (they need to be in order to be legal). It also seems impossible that they could be rented at less than Downtown Eastside SRO rates.

And bring on Hardwick's snitch line. 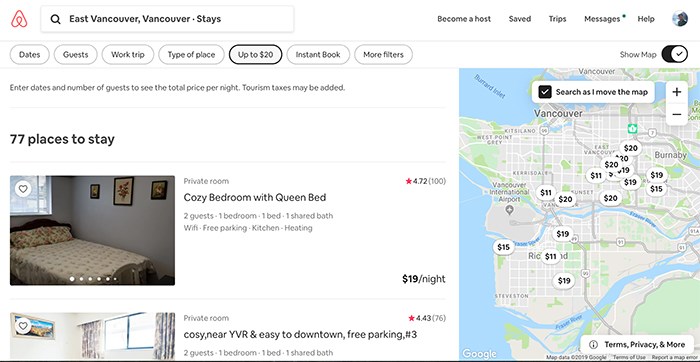