Photo ChipWilson.com Now basically retired, the FAQ section of Lululemon billionaire Chip Wilson's personal website says that he defines retirement as "being able to get up in the morning and do whatever I want". 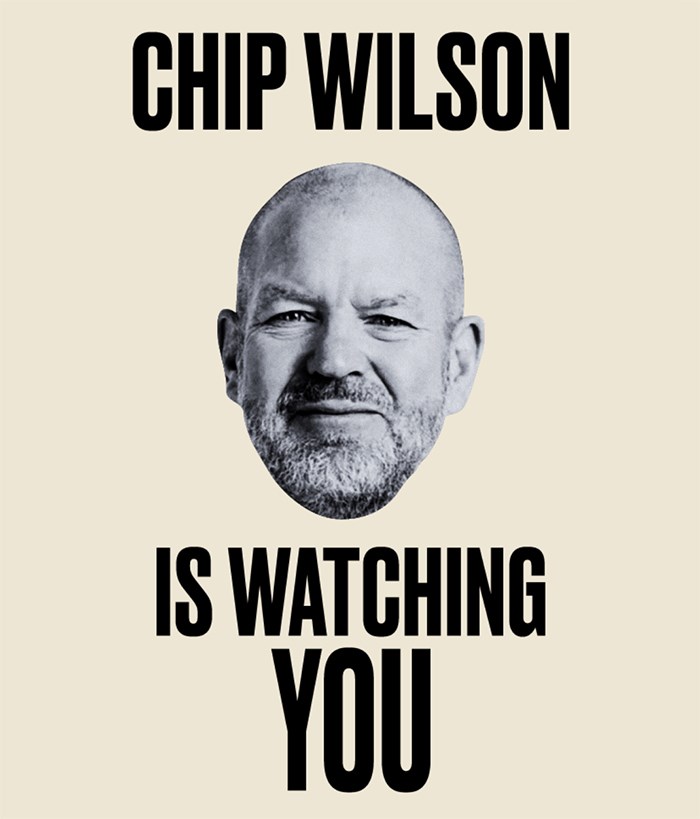 Now basically retired, the FAQ section of Lululemon billionaire Chip Wilson's personal website says that he defines retirement as "being able to get up in the morning and do whatever I want".

Sometimes that means rolling out of bed with (or without, we will never know) morning wood and writing an essay about boners, publishing it then deleting it once the media notices it.

That was the case this week as CBC civic affairs reporter Justin McElroy discovered a piece that Wilson had published, raising quite a few eyebrows on Twitter locally.

The essay describes what Wilson views as the feminization of men, and expresses concern for the future of mankind. It's unclear if he was tripping on James Island shrooms when he wrote it but it is a bizarre take, to be certain.

Not long after it went up the post disappeared, with no explanation as to why. Thankfully the internet is forever, and there's still a copy of it on the Wayback Machine.

I've copy and pasted it below and would be interested in hearing your thoughts on it. Please discuss on THIS THREAD on our Facebook Page.

We live in an era which 100 years from now will be known now as the time when de-masculinization of men occurred. Underlying feminization of men will affect the deep psychological reasons men have erections. My concern is the continuation of the human race.

I think men have to feel like a man to have an erection. Most times this “feeling” is in response to the relationship with a female, whom the man interprets (in a million different combinations) to be feminine.

Whether a man gets an erection or not largely depends on his interpretation of his partners femininity. This is why there are so many female prostitutes and so few heterosexual male prostitutes. Men can’t fake an erection to make sex happen.

Men are now interpreting that women and the media today want them to be more feminine. I tried this in the 1980s and I decided to become an inauthentic, more feminine version of myself, but soon discovered that women did not in fact want a feminized man in bed.

As women can now go to sperm banks, men are actually not needed for reproduction. Women can easily fulfill their innate reproduction need on their own.

World wars of the last century defined men in a particular way. The idea was to not be one of the 60 million killed. What it is to be a man to survive wars is no longer needed. The further we get away from WAR, men evolve and naturally become more feminine. With wars now being fought by robots, drones and computers behind desks, women no longer need male protection from the concept of war.

We are in an era when men and women have to redefine what feminine and masculine means and then honour “Le difference”!

In any business partnership, success comes from two very different aptitude’s (finance and creative for example) coming together with a great appreciation for what each other bring. In the world of erections, we as a society must preserve what makes sex work. Sex provides humans with the ability to get through the rocky times of a relationship.

Frankly, I fear for the end of relationships between men and women and hence the end of humanity.

This is Vancouver's stupidest Politics Column. Read the archive HERE.