All that needs to happen is for the city to upzone Burnaby Mountain for high-density residential and move the Trans Mountain pipeline tank farm somewhere else
0
Oct 25, 2018 3:56 PM By: Chris Campbell

The first time I met Liberal MP Terry Beech, he was annoyed.

The representative for Burnaby North-Seymour had come to the NOW office in May for an interview about the Trans Mountain pipeline and some other issues. 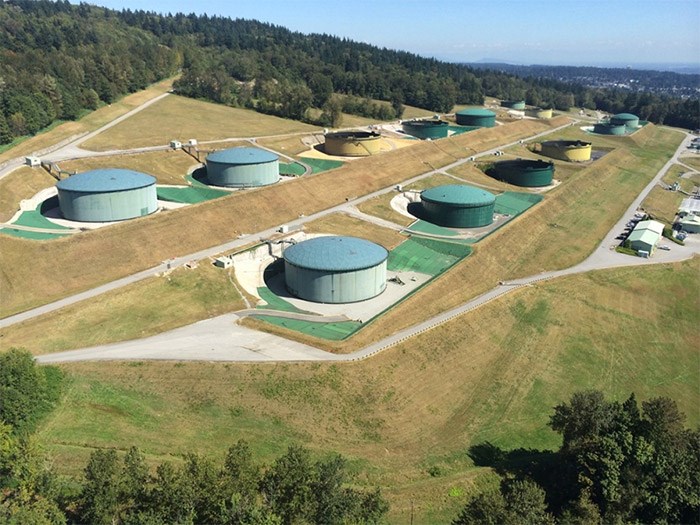 I was only weeks into the job so I thought I’d pop my head in and introduce myself.

Beech shook my hand, smiled and then proceeded to take a shot at the NOW over what he viewed was an obsession of sorts with the pipeline project. He said something to the effect of why do we write so many pipeline stories and it was expressed with one of those passive-aggressive smiles pasted on his face.

It wasn’t a good first impression.

Not that I mind the question or the criticism (he’s said the same thing to two different NOW reporters as well). I’m a big boy. I’m used to people questioning a newspaper’s editorial choices. Having said that, he knew I had only started a few weeks ago, so it seemed kind of rude for that to be the first thing out of his mouth.

It also didn’t make any sense. Seriously, Mr. Beech, you don’t get why we write so many pipeline stories? It’s Burnaby. The current pipeline goes right through our community. The expansion project has already involved plenty of invasive construction in environmentally sensitive areas. The Burnaby fire department has warned about an explosion blowing up part of Burnaby Mountain. There’s been mass protests for years. Grandmothers have been learning to make shanks in jail after judges sentenced elderly protesters to prison time. The city has spent more than a million dollars fighting the pipeline in court. A federal court basically called the consultation process a sham. Beech, your boss literally bought the entire project, leaving taxpayers on the hook for billions.

Yeah, I know, some of these things happened after our first meeting, but really? You don’t get why we write so many pipeline stories?

I’m sure as a Liberal MP you wish it would all go away, but it’s not.

The other complaint Beech had was that we didn’t write more stories about things the federal government – and him as an MP – were doing in the community. Since that conversation, we have written about the feds investing in a Burnaby biotech company. Another story is expected to go up on Friday about the feds investing in a Burnaby business. We’ve highlighted him participating in a dunk tank for Hat’s Off Day. If there’s a more local angle to something, we’ll write about it.

All this is leading up to the NOW writing recently about a plan that Beech himself created.

It’s a plan that Beech thinks will create billions of dollars in land value, protect the local environment and add a measure of safety for Burnaby residents. 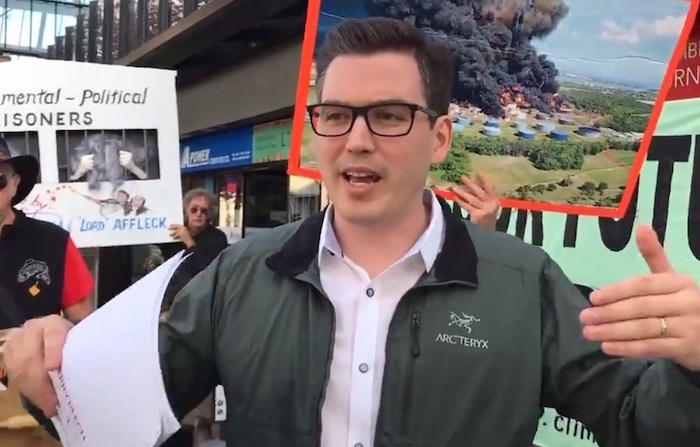 All that needs to happen is for the city to upzone Burnaby Mountain for high-density residential and move the Trans Mountain pipeline tank farm somewhere else.

Before I go further, please notice here the irony that a politician who whined about the NOW writing too many Kinder Morgan stories actually pitched us on a story related to – wait for it - Kinder Morgan.

As for his plan, you can’t even call it a half-baked idea because, frankly, it hasn’t even been put in the oven yet. According to the fine story by reporter Kelvin Gawley, Beech “said he doesn’t know where the tank farm would go, how much it would cost to remediate the industrial site or how long it would take.”

“I’m short more information than I have, admittedly,” he said.

You don’t say. Dude, those are kind of important, massive stumbling blocks.

There are so many gigantic unanswered questions that the recently deposed mayor of Burnaby, Derek Corrigan, implied in our story that it was reckless for Beech to go public with it. Housing expert Andy Yan was “flabbergasted” at the idea, both for its general premise and the complete lack of answers to major questions. Vancouver architect and planner Michael Geller shared many of the same concerns, adding that it’s pretty much an inappropriate use of the land. One local anti-pipeline resident called it a “fantasy.”

I don’t even know where to start with how ludicrous the idea is, especially the assumption that another community would want to take on the tank farm. Look how popular it is for Burnaby residents. And Beech himself implies that the tank farm is a safety hazard, which is why he wants it moved. But why would any other community want to tank on a potential safety hazard.

Putting aside the sheer improbability of even making this happen is the insult it is to north Burnaby residents (of which I am one). The tank farm is an affront to this pristine nature area. It should have never been built all those decades ago. Many residents want it gone, period. They want the land returned to its natural surroundings. But Beech’s idea is to swap one terrible situation for another terrible situation – turning a quiet mountainside into a massive, high-density community and bringing all the negative impacts, such as traffic, along with it.

One of Beech’s main thoughts is all the money the development would bring in. It’s worth billions, he says. Yes, there are lots of areas that would be worth billions if they had their zoning changed. Farmland, nature areas such as the land surrounding Burnaby Lake. Sure, just develop them all and watch the cash roll in. You could get rid of the beaches on English Bay and put towers there. I’m sure those would be worth massive amounts of money. 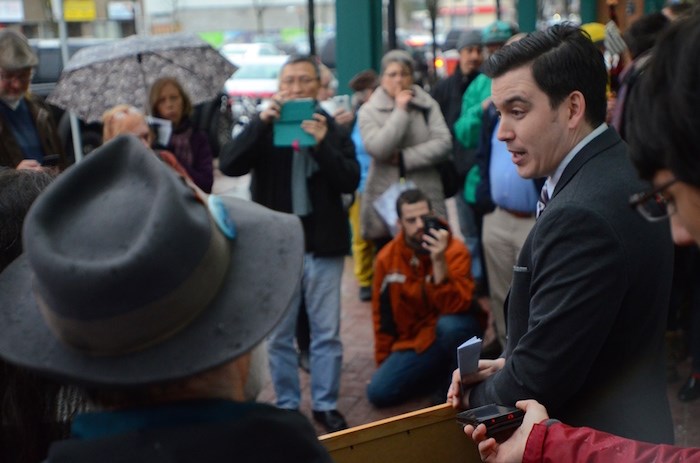 Ugh. There’s a reason why not every piece of land is zoned for high-density development. Some areas are worth protecting. Some areas are inappropriate for housing. Urban planning requires careful thought to ensure housing goes in the right areas – not half-cocked proposals in order to make a buck.

Instead of fighting to protect area residents, Beech’s plan basically sells them out.

Since taking on this job, I’ve felt bad for Beech because the prime minister’s lust for the pipeline expansion has put him in a difficult position as a local MP. I’ve even admired him for how he meets with the pipeline protesters who stage rallies outside his Hastings office. Politicians usually hide when these protests happen. Beech at least has a discussion with them.

But this proposal is so awful, so poorly thought out, it’s embarrassing. I decided to wait until after the election was over so I could calm down.