A childhood friend of mine is a "political radical", and he's running for city council 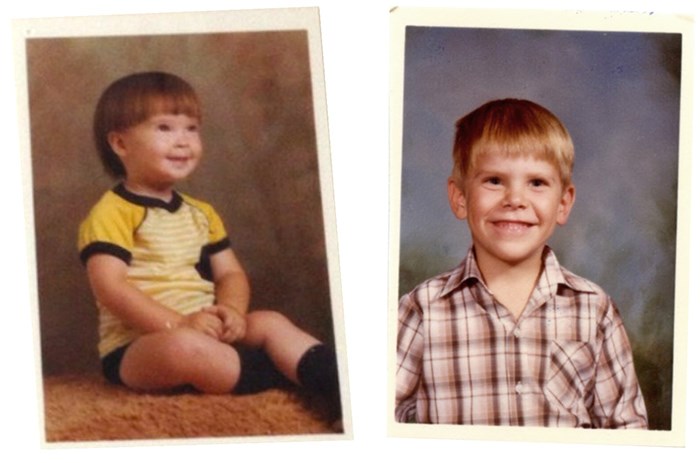 Left, Derrick O’Keefe. A bit to his right, Bob Kronbauer

A funny thing happened recently. Derrick O'Keefe, one of COPE's city council candidates, DMd me on Twitter to let me know that our parents were hanging out, and that they're actually old pals from high school.

It sparked a memory of a page in the photo album that my mother kept for me as a kid. The album is only about 100 pages which spans my entire childhood, as film and processing were a luxury in our not-affluent blue-collar household. Even so, an entire page is quite a bit of real estate.

I asked my mother to take a photo of the page which I remember saying "The O'Keefes". I sent it off to Derrick and he confirmed that we had indeed hung out as kids, sending me back a photo of me that's in his family album! For two consecutive Christmases his mother sent my mother photos of him and his brother smiling and for 30+ years I didn't know who they were. I have vague memories of visiting the O'Keefes in Richmond as a child, but had never made the connection that it was present-day politically-active Vancouverite Derrick O'Keefe (whom I bump into from time to time) and his brother.

Merry Christmas from the O’Keefes

I figured it important to share here as I've already written about candidate Derrick, and I will probably be writing more as we roll up to October 20th. I also wanted to tell the story because I just thought it was a funny coincidence that we were hanging out over 30 years ago. A kid from Richmond (Derrick) and a kid from Vernon (me), who crossed paths later in life but hadn't known of their previous connection until an election came around and one was writing about the other.

Oh and there is a current connection as well: my mom baked some stuff for Derrick's grandmother's funeral last year, and the families (minus Derrick and I) recently got together.

You can get a good idea of what Derrick's council run is going to look like by reading a post he made to Facebook this past Friday: "Clearing the haze, expanding our political horizons".

In it he talks about the housing crisis, global warming, and how political radicalism "is now in fact the only viable and pragmatic way to seriously address either" of them.

Up until a few months ago he was the co-host of a podcast called Well Reds where he and local author/comedian Charlie Demers would dig into far-left books and dissect them. A sort of communist book club turned into a podcast, Charlie now hosts it on his own. A recent episode looked at the book 'Communism for Kids'.

As I said in a previous column (before I realized we were childhood friends) I think it's quite likely Derrick is going to get elected. With the ruling party in freefall and people looking for alternatives, COPE is well positioned to fill the vacuum and pull votes from people who thought Vision was a left-leaning party (spoiler: it's not). Derrick is a familiar face to the left in Vancouver, a fairly high profile candidate running for what had almost become a fringe party but has seen a resurgence of support and energy which could play well on election day.

The final paragraph of his Facebook post I mentioned earlier states his belief that "We can't have a genuinely "green city" unless we have a city council committed to fundamentally challenging the dominant economic system that generates unaffordability, inequality, and waste. We have to change the system to save the planet."

How far will Vancouver go, or does it need to go, to address the issue of housing affordability? And does "challenging the system" in a radical way, to combat climate change and other issues, fall under the scope of what we want city council to do? Or would we rather our electeds focus on garbage collection, fostering arts and culture, property taxes and other things they actually have control over and are elected to govern on our behalf? 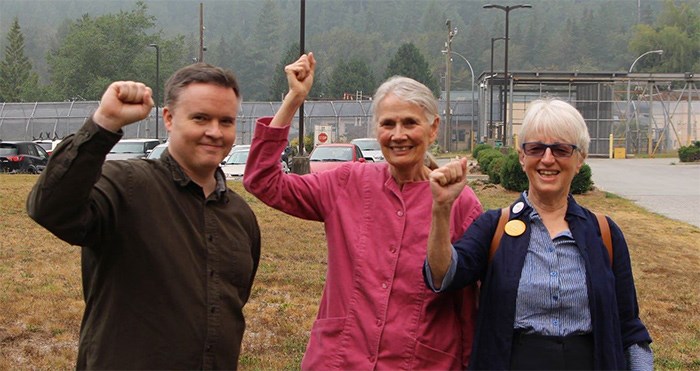 This is Vancouver’s Stupidest Politics Column, informing voters leading up to the Vancouver election in 2018. Check out the entire archive HERE.