Another dangerous driving incident in Metro Vancouver has been captured on dashcam...
0
Feb 8, 2020 3:58 PM By: Chris Campbell 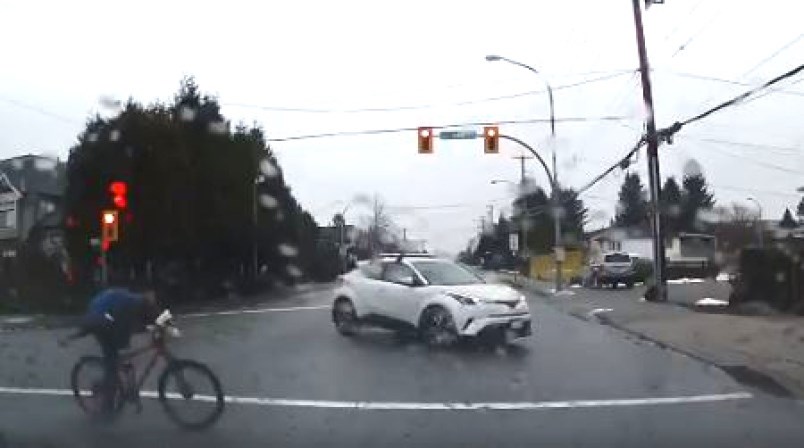 In the below video you can watch and then scream as a driver backs out of their driveway and into a busy intersection.

The driver moves ever so gingerly backwards even as other drivers — and a cyclist — enter the intersection.

The driver stops for a moment to let another driver turn and then keeps going.

Another pet peeve. Drivers who back out of their driveway across a lane (or two). #hazard #smh @RichmondDrivers pic.twitter.com/d0Cg5pJu20

Why a driveway was allowed in this location, I have no idea. But the driver should have pulled into their driveway and then backed around to face the intersection so they could drive forward when it was time to leave, instead of back into a frickin’ intersection.