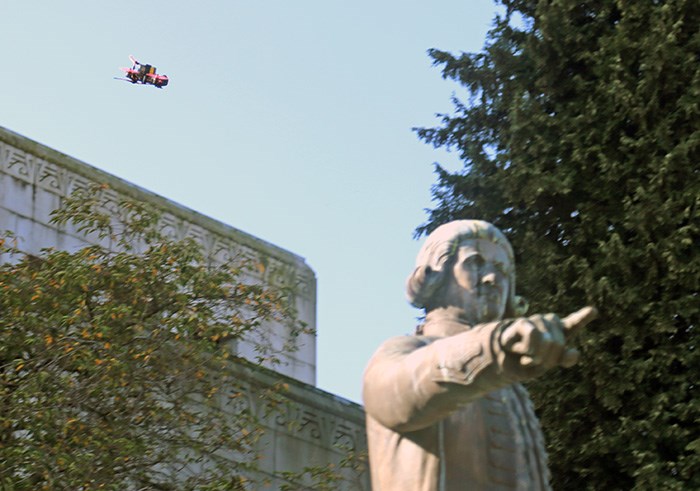 A drone flies behind the statue of George Vancouver at City Hall ahead of the Strike for Climate. Photo Bob Kronbauer

As the crowd started to file in for the Strike for Climate at Vancouver's City Hall today, a drone began buzzing.

It was going above and around people, and as there were only a few hundred who came early it wasn't hard to track down the pilot. They'd actually be pretty hard to miss. 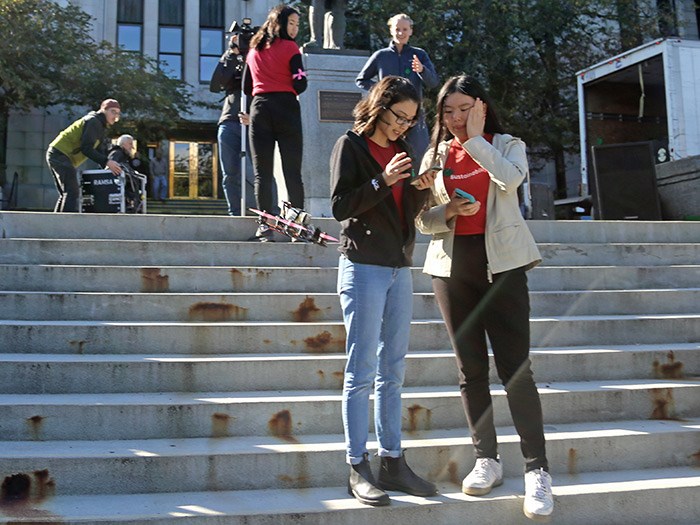 A drone flies through the crowd gathering at the Strike for Climate at Vancouver City Hall. Photo Bob Kronbauer

Their name is Lexi, and they're one of the more interesting people I've met in the past few months.

Lexi was perched up next to Helen Gutteridge Plaza, expertly weaving their drone through trees, gathering cinematic aerial footage of the rally.

They schooled me on the laws that I had apparently misunderstood, as I initially thought what they were doing was illegal. 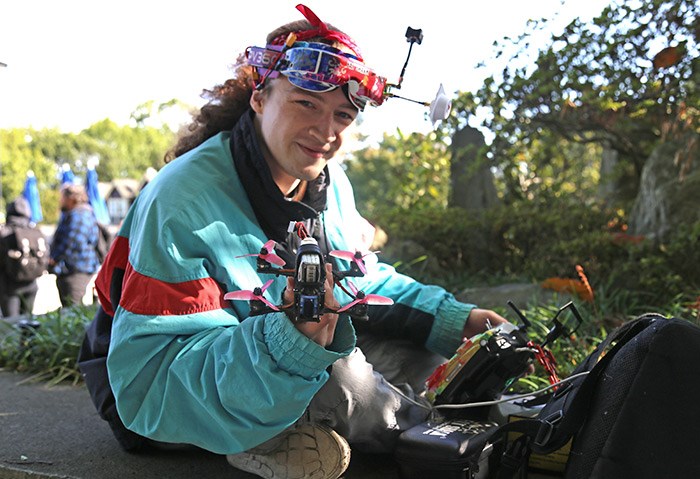 Lexi holding the drone they made, at City Hall during the Strike for Climate. Photo Bob Kronbauer

Lexi tells me that since their drone isn't one of those large, consumer drones (think DJI Phantom) and it's under 250 grams, it's perfectly legal to fly it within the city limits, over crowds.

They've been operating different varieties of drones for the past three years, putting in over 1,000 hours of flying time.

The thing you see on their head here is a VR set which they use to see what the drone is seeing, and to pilot it better.

And the drone itself was made by Lexi at their home! All in, with the controller and the headset, it cost about $1,500.

Lexi has a commercial flying license, but today they're flying for personal enjoyment, so they tell me no permit is needed.

Look for Lexi's footage on their Instagram at @fpv360.