Dying in pandemic times: My son and my father passed away in a 6-week span

"Neither of them died of COVID-19. But the experience of their last weeks, days and hours was indelibly shaped by the difficult times humanity is facing as it confronts the pandemic."
Aug 1, 2020 11:19 AM By: Roshan Danesh 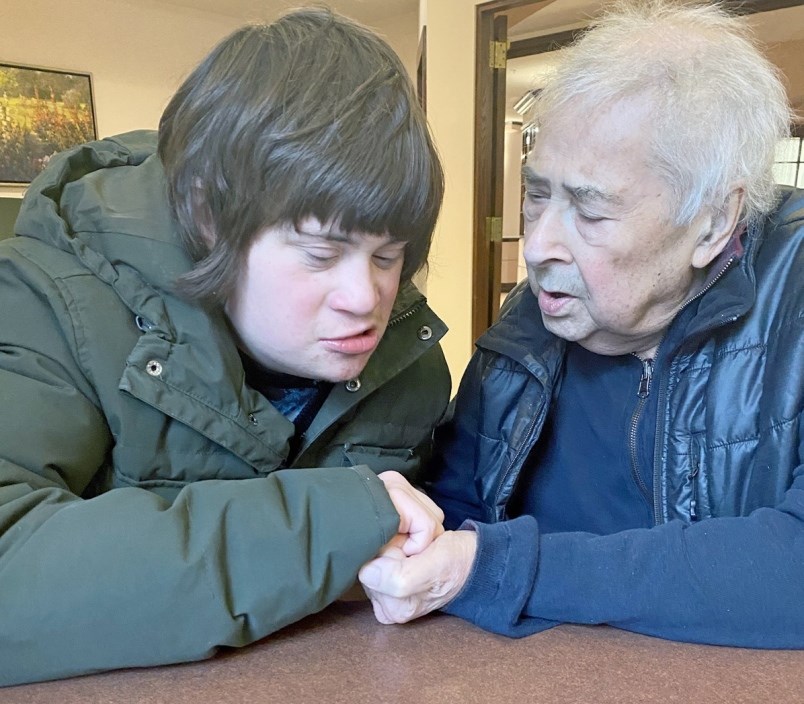 Dr. Roshan Danesh's son Darwyn and his father Hossain passed away over the last six weeks. Neither died of COVID-19. PHOTO COURTESY OF ROSHAN DANESH

A commentary by a lawyer and consultant who works, teaches and publishes in the areas of conflict resolution, constitutional law, law and religion, and public law.

Over the past six weeks, my father and my son passed away. Neither of them died of COVID-19. But the experience of their last weeks, days and hours was indelibly shaped by the difficult times humanity is facing as it confronts the pandemic.

And that experience speaks to how much we need to come together even more to align our individual choices with collective action that will ease pain, reduce suffering, save lives and help healing.

After a long life of health, my father Hossain became ill in 2019, and moved into a long-term care facility later that year. My mother accompanied him to help with his care. In March, as our world shifted, they were effectively locked in and I was locked out. And while this kept the residents safe — this care facility has not had a COVID-19 outbreak — it meant I did not physically see my father until he was already in a deep sleep and in his last days.

A relatively long period of passing and decline became, as a result of the needed response to the pandemic, a sudden one, with no goodbyes, sharing of last memories, or an embrace.

And while the pandemic made his passing feel sudden, it also made putting him to rest feel interminable.

Quarantine rules meant a funeral delayed by weeks for my brother and nephew to arrive from Europe. Distancing rules meant that gathering to share the burdens of pain and accelerate the process of healing through story, prayer and remembrance, could not occur.

And while there are alternatives, they are not substitutes for the power and energy that comes in the ceremony of humans gathering and participating together in acts permeated by love.

The pandemic altered the experience of my son’s last months and days and his passing in a different way than my father.

Darwyn was a joyful, humourous, playful, curious, mystery and wonder of a person. He was non-verbal, but for his 16 years made all his wishes, thoughts, and emotions undeniably clear. His health and well-being were always complicated — he had Down Syndrome, autism and severe cardiac issues. But he always kept trucking along.

A person of strict routines throughout his life, the pandemic both massively disrupted and narrowed Darwyn’s routine.

He lost his school and most of his care supports. Many of his favourite activities were also no longer available, including having a chocolate smoothie at Starbucks or going to a movie. For the four months since March, the only way to maintain some calm for him was to make a new routine, with every day effectively identical.

A “fake” visit to Starbucks (sitting in a lawn chair outside), hours driving listening to his music, swinging in the backyard, lying on the floor with an iPad.

While it was expected for some time that Darwyn would not have a long life, his death came as an utter shock. After days, weeks, and months of everything being the same — it somehow seemed calm, and nothing could change if we stuck to the routine. When he suddenly became ill, and died four days later, it felt like an earthquake. In those last ill days, he would ask for his routine, wanting its safety and comfort back.

The pandemic has caused many ruptures in our ways of living — some of which will be permanent. It is also causing some changes in our experiences of death.

The expected becoming sudden, the known becoming shocking, our healing rituals upended, our ways of sharing grief altered. The effects of this, many hidden, on individuals, families, and communities across the globe, cannot be captured in a data point, infographic or daily update.

Ultimately, I believe that, as human beings have done in the past, we will adapt and some permanent shifts will occur in ways of grieving and healing, in how we learn to think about and talk about death, and how we share the experience of it. And this will ultimately be good.

Of course, any changes are accompanied with pain — often searing and beyond our expectation of what we can endure. But we do endure, with a resilience we are sometimes unaware we possessed.

And in confronting these changes, perhaps it is helpful to remember that we should strive to “be kind, be calm, and be safe,” not only as an act of prevention. Our efforts can act as a balm to those who need healing from the unusual ways of loss and death in these times.

Doing this, we will help each of us in the future, when the time comes, deal with that universal reality of death.

Opinion: Every government thinks it has the right answer on trades training
Jun 16, 2021 10:19 AM