Bob Kronbauer: The City threatened to sue us over the East Van Cross

Maybe they could have opened the conversation differently

Early this month the City of Vancouver threatened to sue Vancouver Is Awesome over the usage of the East Van Cross logo on merchandise that we sell, and the way it ended in us paying them $1 to license it off of them might make your head spin.

For a few years we've been working with a small business in East Van that we pay to print and embroider the iconic Ken Lum-designed graphic onto sweatshirts, t-shirts and hats that we sell on our BC Is Awesome online store. This store is one of the revenue sources we have that allow us to continue to operate as a free community news outlet.

The City technically holds the Canadian trademark for the East Van Cross design but it's so widely-used by other organizations (and it's an asset that's technically owned by the taxpayers - us) that we didn't think they cared to protect it or that we'd need to license it off of them.

The City's Law Department sent us a seven-page-long cease and desist order which outlined their ownership and warned that if they took action against us we "may be required by a court to pay damages, to turn over [our] profits in connection with the use of the Official Mark and to immediately discontinue all use of the Official Mark in connection with [our] business."

The order then noted that we were "required to immediately take all of the following steps:"

1. Cease and desist from all further use of the Official Mark;

2. Immediately recall, remove and destroy any advertising, merchandise or promotional materials that use the Official Mark in association with Glacier’s business and services;

3. Confirm in writing, by no later than two business days from the date of this letter that Glacier shall fully and promptly comply with each of the foregoing demands and undertake to desist from such activities in the future.

We're not in a position to pay lawyers to try and fight this as the amount of money we make off of our merch is far less than what it would cost to get counsel for even a few hours, but the thought of destroying a bunch of clothing as they demanded didn't seem right. Especially considering the source who was asking us to do that was the "Greenest City."

So I got back to them in an email, advising that we had complied with taking the merchandise offline. Then I asked if it might be okay if we donated our remaining stock to a charity instead of destroying it.

The City's lawyers responded with a quick email back that said "please do feel free to donate your remaining inventory to charity," but then went on to say that the City "will on request grant a non-exclusive licence to members of the public for a nominal fee ($1.00)," and asked if we might want to license it off of them.

Yes, you read that right. After they threatened to sue us they then let us know that we could simply pay $1 to license the design off of them. And that's not $1 per item, that's a one-time fee of $1 for the license.

We obviously said yes to that, then signed a document that was also endorsed by the City of Vancouver's Director of Legal Services.

Then we put the items back on sale in our online store.

Looking back on this ordeal one has to wonder if there might be a better way for the City to approach this type of situation when it arises in the future. One that might waste less of their lawyers' time and cause less grey hairs for people like me who are on the other end of their legal cannons, all for the price of a $1 lifetime licensing fee. 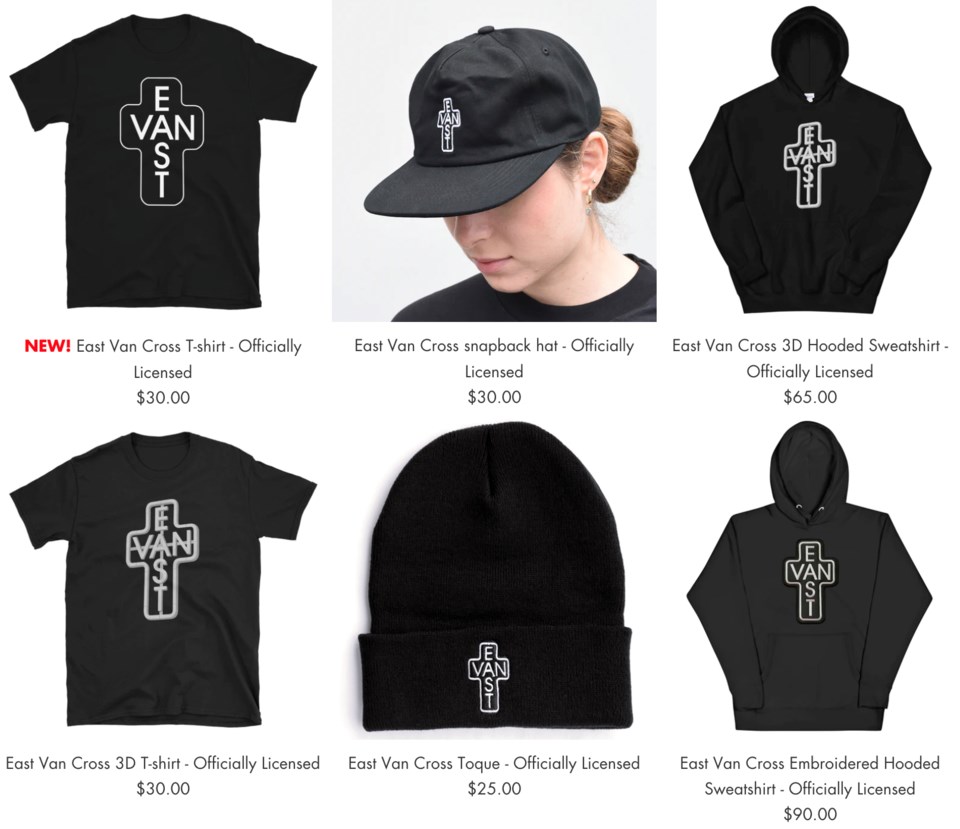