We received a submission of some photos today that were a reminder of how far the government still has to go in educating people about where they can and can't fly drones in Canada.

We received a submission of some photos today that were a reminder of how far the government still has to go in educating people about where they can and can't fly drones in Canada.

A reader, who shall remain anonymous even though they asked that we share their name, wrote "Here's some great shot that i took of lion gate bridge with my drone... Plz just add a credit photo under my name if you want to add on the page".

Their note included four slightly blurry photographs, shot at night over and around the Lions Gate bridge.

Yes, that would be the very bridge over which float planes fly, and in the same airspace that many helicopters are often buzzing around, day and night. It's a mega no-fly zone for drones and even if you were to get good photos of it, it wouldn't be worth the potential fine/disaster you could cause. 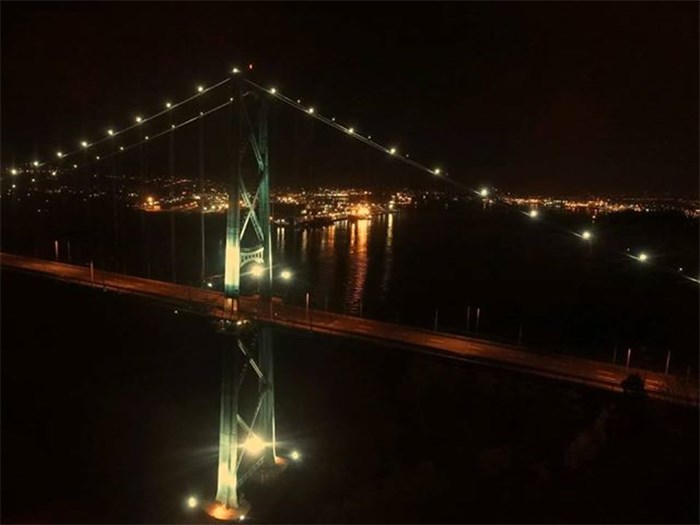 Don’t ever, ever, ever fly your drone anywhere near the Lions Gate Bridge, unless you want to kill people. Photo submitted

One of the photos appears to be shot over the bridge and of the Vancouver Harbour Flight Centre from which planes fly out of and land at.

THAT'S A PHOTO OF THE ACTUAL PLACE YOU'RE SUPPOSED TO BE AT LEAST 1.9KM FROM WITH YOUR DRONE, just in case we wanted to be absolutely certain this person was clueless to the laws that apply to them. 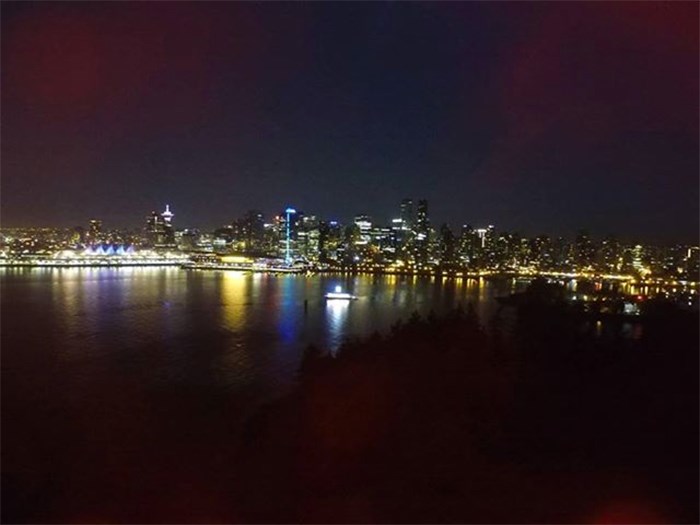 This illegal shot of downtown includes the actual aerodrome where you’re not supposed to fly within 1.9km of. Photo submitted

HERE are the basic rules about flying drones, should you decide to buy one or if you receive one as a gift.

The long and the short of it is that it's illegal to fly one anywhere within the City of Vancouver. Take it out into the woods (NOT the local ski hills) where there are no people, no flight paths, no vehicles or buildings. There are more rules/laws than those, and you should familiarize yourself with them.

If you ask me it's time for Transport Canada to start enforcing these fines more, then sending notices to the media so we can make examples of some of the most flagrant offenders. If we make it so that every person in Canada - even those who don't fly drones - knows there are large fines involved for flying them where you're not supposed to, maybe then people would stop doing really stupid things with them.