Twitter Screengrab The Vancouver election continues to get more weird as Coalition Vancouver council candidate Glen Chernen seems to be attempting to align his campaign with the main character from the TV show, Better Call Saul .
0
Sep 14, 2018 1:37 PM By: Bob Kronbauer

The Vancouver election continues to get more weird as Coalition Vancouver council candidate Glen Chernen seems to be attempting to align his campaign with the main character from the TV show, Better Call Saul.

He recently changed the banner that's displayed on the top of his Twitter profile to one that shows an image of Chernen with the slogan "Better Elect Glen!", an obvious nod to the show and a knockoff of a graphic AMC once released to promote it (below). 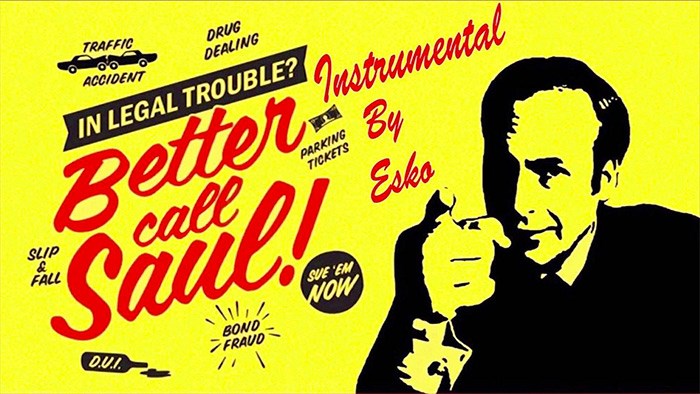 It's an interesting choice to mimic a fictional character from pop culture during a municipal election campaign. Especially when that character is a total shyster.

Saul Goodman is... well... troubled. He starts his journey on the show as lawyer Jimmy McGill, and evolves into criminal-for-hire, Saul.

The man loses his moral footing and becomes an ambulance-chasing lawyer for gangsters and drug dealers. He's certainly not somebody you'd want near a position of power at city hall.

Chernen himself is not an unscrupulous lawyer to drug dealers, in fact he's not a lawyer at all. However he does have a history of filing questionable lawsuits that you may have seen in the news.

During the last election, while running as a candidate, Glen co-filed two lawsuits that were attempting to get Gregor Robertson thrown out of office. They were both deemed by judges to be "abuse of the court’s process", seemingly for political gain.

The litigious candidate's brother, Nicholas Chernen, is also somewhat involved in local politics. He resigned from the Green party earlier this year after they found out he might have been lying on his application papers. Or, more specifically, he "forgot" that he was involved in a case that was active in the courts.

That case is not one of the two mentioned above but was co-filed around the same time by him, "Better Elect Glen!" Glen Chernen, and a few others. It says that this publication you're reading, Vancouver Is Awesome, is a "front company" that I personally set up in order to channel greasy cash to city hall. It could be the plot of a TV series on AMC, for all its ridiculousness.

If Chernen is the type of candidate that you'd like to see in a council seat making decisions on your behalf, you'd Better Elect Glen!