Around this time last year I came across something inspiring that local designer, Todd Smith, released on his website . It was an open-source template for goal-setting for the year and it was totally insane (in a good way).

Around this time last year I came across something inspiring that local designer, Todd Smith, released on his website. It was an open-source template for goal-setting for the year and it was totally insane (in a good way). 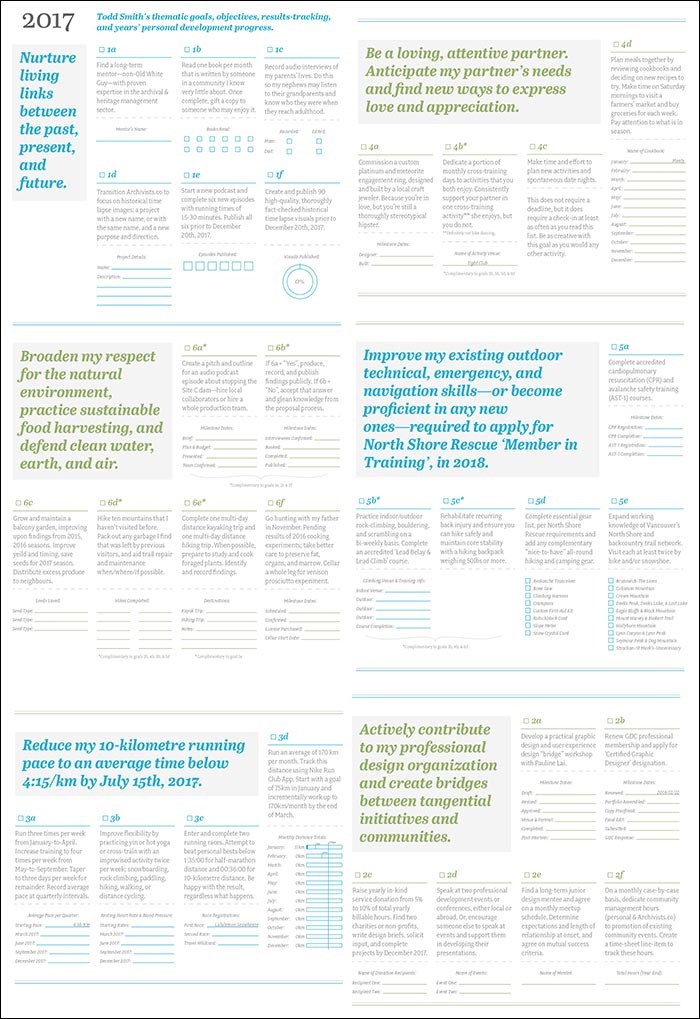 A sampling of pages from Todd Smith’s 2017 goal tracker

One of the things I can attribute many of my own successes to (beyond hard work) is writing down my goals. It pains me to admit it but I first started doing it in the 90s after reading an Anthony Robbins book in which he said that it's the single most important thing you can do. After 20 years of practicing it I can tell you that it absolutely is.

It sounds obvious but you're never going to achieve your goals if you don't properly identify what they are. We all want to be happy and successful but what exactly does that mean and what are the steps we plan to take to get there? Until we identify that, "success" is just some hazy thing on the horizon that we'll likely never get around to.

"Finish filming Season 2 of the BC Was Awesome TV Show" wasn't not going to happen, thanks to the hard work of the production team. Of course I helped as co-producer and host, but this one was low hanging fruit as the wheels were already in motion.

"Read 52 books" was going good for the first 3 months as I read a total of 14 but this goal of mine didn't get realized by the end of the year. However it did get me reading a lot more than I would have. Having that goal written down, on my list which I checked in to monthly, was a regular reminder to simply read more. It kept me accountable to myself.

Along with my 13 goals for 2017 were some long-term ones which I was working towards but didn't expect to reach.

"Sell Vancouver Is Awesome to a large media company" happened in September, while I thought it would take at least a couple more years if it happened at all. Having my baby acquired by a company dedicated to growing it with my help turned out to be my proudest achievement of the past few years. If I hadn't put it on my list it never would have happened.

I'm working on my 2018 list now, thinking about what I want to get done in the coming year. I keep it in a simple TXT document which does the trick, but if you want to go above and beyond (or your goal is to track your goals better!) check out Todd Smith's template HERE.

Here's to getting more out of the coming year! It's going to be a great one, especially if you identify exactly what "great" means to you personally. 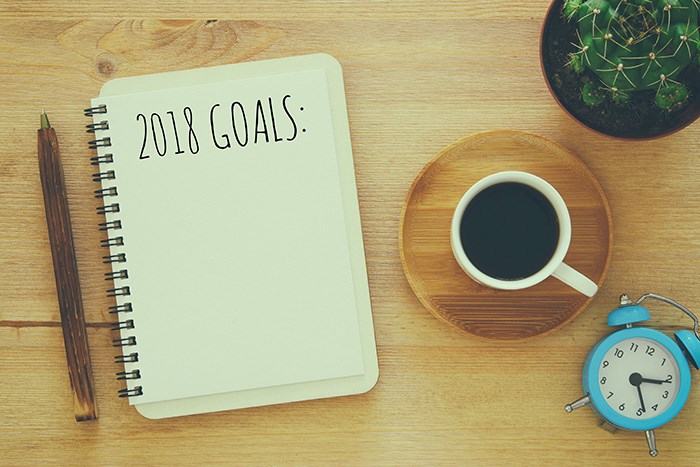 Write them down or they will never happen. Photo Shutterstock