OPINION: The Green Party has a few 9/11 Truthers running for office because of course they do

Having impassioned people involved in politics is crucial to a healthy democracy, but what happens when those people are passionate about... well...

Having impassioned people involved in politics is crucial to a healthy democracy, but what happens when those people are passionate about... well... dodgy conspiracy theories involving the terrorist attacks on the World Trade Center in New York?

It was recently revealed that the Green Party of Canada currently has three candidates who have shared 9/11 conspiracy theories through social media over the past few years. Former NDP political strategist and current Jagmeet Singh booster, Bill Tieleman, pointed it out on Twitter.

According to Tieleman, the Greens who have shared theories equating to 9/11 Truthism include:

- Kevin Nichols, who was running in Charleswood-St. James-Assiniboia-Headingly but dropped out earlier this month

- Jeff Cullihall, who was running in Edmonton West but recently (quietly) dropped out of the race

Tieleman shared screen grabs of posts from these dudes' personal social media profiles dating back from 2011 up until 2017, and they're mostly contained in the thread below (click HERE to view the entire thing).

This wouldn't be the first time a federal Green candidate was accused of wearing a 9/11 WAS AN INSIDE JOB hat made of aluminum foil.

Last year the newly-elected Nanaimo-Ladysmith MP Paul Manly had to distance himself from 9/11 Truthers after winning the byelection in that Vancouver Island riding.

Manly did interviews on a podcast hosted by conspiracy theorist Raymond Geisler, and in 2011 showed a film he directed at the Northern California 9/11 Truth Alliance’s annual film festival.

When he was interviewed by Global after the election, he said that "There are a lot of conspiracy theories when it comes to 9/11 and I do not subscribe to them". 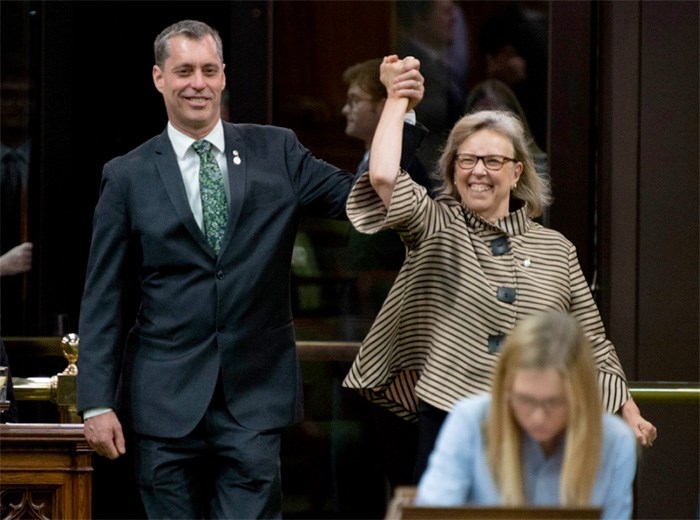 On a municipal level I - and this publication you're reading - have firsthand experience with the Greens' vetting.

During the last municipal election the Vancouver Greens let a conspiracy theorist slip through the cracks, endorsing him as a school board candidate under their banner.

In a politically-motivated lawsuit filed against Vancouver's mayor and council during the 2014 Vancouver election, Nicholas Chernen and his co-filers called our publication a "front company". 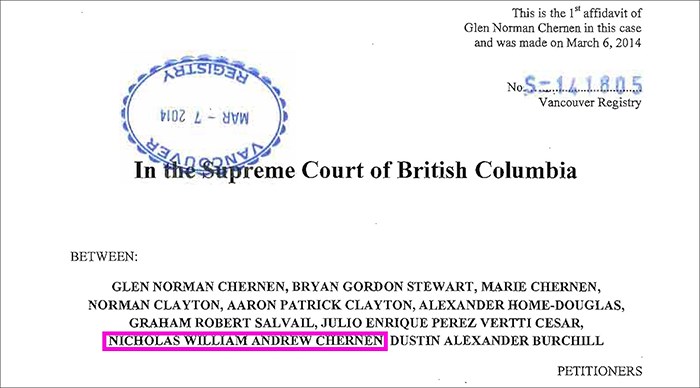 Their wacky take was that Vancouver Is Awesome was set up back in 2008 in order to funnel greasy cash from land developers to city hall.

Summed up in a word, it was insane.

Chernen ended up apologizing for failing to disclose the suit when he filed his nomination papers with the party, then eventually dropped out of the race.

Anybody following politics locally would have known about the case, yet it caught the party completely off guard.

That 2014 lawsuit has yet to be heard in court, but the verdict is in on the Greens' vetting across the board: it's weak.