Will human behaviour be fundamentally changed when COVID-19 ends?

"COVID-19 has surely led to some behavioral changes and it will be interesting to track how humans will respond after things get back to normal."
Apr 18, 2020 8:37 PM By: Burnaby Now 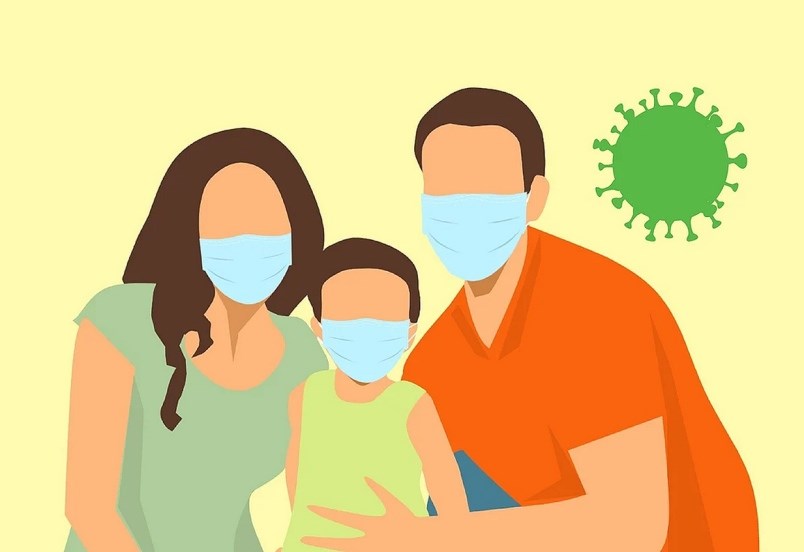 Due to the pandemic, we are seeing governments all over the world introducing financial and healthcare packages for their citizens.

International organizations like the WHO, World Bank and UN are putting all their efforts to fight this deadly virus which has infected millions and taken lives of thousands of global citizens. This is not the first pandemic that the world has witnessed yet everyone is so scared because of the incubation period that ranges from one to fourteen days, says WHO.

Many healthcare workers are describing the situation as “war-like”. Almost all global events and sports leagues have been cancelled and citizens have no choice but to avoid social gatherings and practice social distancing. Many countries have declared a nation-wide lockdown to limit the number of people on streets and public places.

Governments around the world are ready to spend billions on medical equipment but there is shortage of supply. The situation has become so much worse that the U.S. had to confiscate and redirect a shipment of masks that were manufactured for Germany. BBC in an article dated April 4th reports that the U.S. has been accused of redirecting 200,000 Germany-bound masks back to the U.S. and the move has been termed as “modern piracy”.

Another similar example is from India, where the Chief Minister of Delhi said in a tweet that “the problem is not of money but availability of PPE kits” in response to another politician who donated for the state fund.

I don’t mean to scare you folks more, but situations like these have proved that money certainly cannot buy happiness or in this case ‘a life’. The whole point here is that COVID-19 has surely led to some behavioral changes and it will be interesting to track how humans will respond after things get back to normal.

It is believed that humans are social animals but, now, these animals have been caged and are being forced to adapt to a new environment. The experts expect that the virus will be keeping us inside our homes for a few more months hence, the human mind will certainly go through some changes during this period.

Will we be running out of our homes to party as soon as things get back to normal or will social distancing become a preference for everyone? What will become of pubs and clubs?

The crisis has surely taught us to adapt. Students have been asked to shift completely to digital platforms as an alternative to schools, college and universities.

‘Work from home’ use to be a one-day thing but is now becoming a permanent culture. Video conferencing apps have led to a ‘death of distance’ as everyone can virtually talk to each other in real time. However, the question is will we continue to completely rely on technology forever or are we still waiting for colleges, schools, offices and universities to open?

Can we expect employees to say, “I’ve never loved my job any more than I do, right now” on the first day of rejoining?

What will happen to relationships? Online dating has been popular amongst youth, but will we continue to trust strangers after things get back to normal? How hard will it become to build trust?

Nowadays we see a lot of people restoring faith in humanity by delivering groceries to senior citizens, helping friends cope up with mental pressure, volunteering to provide healthcare services, offering food to needy ones or by generously donating in cash or in kind and the list goes on. The virus has been successful in uniting all the global citizens for a better cause.

Such scenarios force me to believe that patriotism has certainly become a feeling that can no more be associated with just military professionals but with healthcare workers and volunteers as well who are together fighting to save lives of millions. It will be thrilling to observe how we thank our frontline workers.

Governments of all countries are taking bold steps to fight the virus; this has led us to question our political choices. Some might feel satisfied with their governments some might not but, surely citizens are now understanding the role of governments and seriousness of politics. Can we expect a change in the ways we make our political decisions?

Since a large portion of citizens are staying inside their homes, they are looking ways to pass time and it is highly likely that OTT media services and TV channels are observing a big jump in consumer’s media consumption. But, will people continue to pay for such services since many are losing jobs? We need to question ourselves, how things that we think were necessity to us are now becoming luxury that not many people want to pay for.

TanMay Ahluwalia is a member of the New West Rotaract club.