UNPOPULAR OPINION: Here's why the changes to ICBC's injury claims are... not good

The “Financial dumpster fire” is being revamped. Photo Dan Toulgoet Now that the BC Government has passed the amendments to the Insurance Vehicle Act, the clock begins to count down for those who want a fair insurance claim.
Kyla Lee May 16, 2018 10:49 AM 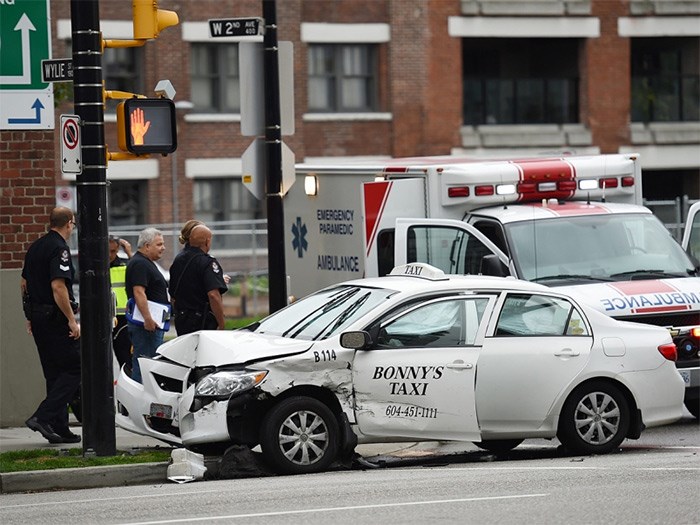 The “Financial dumpster fire” is being revamped. Photo Dan Toulgoet

Now that the BC Government has passed the amendments to the Insurance Vehicle Act, the clock begins to count down for those who want a fair insurance claim. And after the legislation is enacted and in force and effect, British Columbians with accident claims will lose their ability to access justice.

The use of regulations is not unintentional or by accident. It was very carefully designed this way. And the reason why becomes apparent when one looks at the provisions of the Insurance Vehicle Act that have now been passed by the BC Government. In the changes, the statute gives the power to adjudicate claims for “minor injuries” to the Civil Resolution Tribunal.

The definition of minor injury is as follows:

"minor injury" means a physical or mental injury, whether or not chronic, that

(a) subject to subsection (2), does not result in a serious impairment or a permanent serious disfigurement of the claimant, and

(b) is one of the following:

(i) an abrasion, a contusion, a laceration, a sprain or a strain;

(iii) a psychological or psychiatric condition;

And while at first glance it may seem fine to have a tribunal adjudicate claims involving injuries worth $5000 or less, it is not conceivable that psychological or psychiatric conditions or pain syndromes are generally worth less than that amount. However, we know that ICBC will push for these claims to be litigated under the Civil Resolution Tribunal.

There is existing legislation already in place that requires that all small claims actions proceed through the jurisdiction of the tribunal. And even if the injured person files their claim in BC Supreme Court, there are consequences in the new legislation, which states:

If a party brings or continues any proceeding in the Supreme Court in respect of liability and damages in relation to an accident and the settlement or award is less than the tribunal limit amount, the costs, including disbursements, that may be ordered are limited to an amount that would have been permitted in the tribunal proceeding by order of payment of expenses under section 49 [order for payment of expenses].

Any lawyer with knowledge of this area of law knows that court costs are significant, and recovering only those court costs that would be payable in the tribunal is likely to make any award for damages completely eliminated by virtue of the additional costs.

But the really disturbing part about this that no one has been paying much attention to is how the ability to prescribe by regulation flows together. Not only can regulations enacted by the BC Government increase the amount of the Civil Resolution Tribunal’s jurisdiction but the definition of minor injury can also be amended by regulation.

What this means is that if Government does not like the fact that too many claims are being paid out for a particular type of injury, say, a broken leg, it can call a broken leg a “minor injury” by enacting a quick regulation and suddenly those who have suffered a broken leg are left without a remedy in court. Instead, they are at the mercy of the Civil Resolution Tribunal.

And there are more troubling changes to the Civil Resolution Tribunal legislation that should have the public gravely concerned. The enabling statute has been amended to state explicitly that the tribunal is an expert tribunal in any area where the legislation states they have specialized expertise.

The specialized expertise designation is of particular importance when considering the ability to appeal decisions of the tribunal. These appeals are known as judicial review.

Under the rules of administrative law, a tribunal with specialized expertise is supposed to be afforded substantial degrees of deference. This means that judges cannot overrule their decisions unless there is a clear error or a clearly unreasonable finding. Moreover, the court is required to defer to the tribunal’s own interpretation of the law in areas where it has specialized expertise. So if the tribunal says that “depression and anxiety” are “psychological conditions” that constitute minor injuries, a court cannot interfere with that finding unless it is unreasonable, even if there are other reasonable interpretations that say otherwise.

It does not end there. In British Columbia, there is a bothersome piece of legislation called the Administrative Tribunals Act. This statute makes it harder to show that a tribunal which is enacted under the Act acted unreasonably. Legislating around the Supreme Court of Canada’s decision that reasonableness is what a court should consider, the Administrative Tribunals Act imposes a burden on an applicant for judicial review to show that a decision was patently unreasonable.

This is helpfully defined in the legislation as follows:

For the purposes of subsection (2) (a), a discretionary decision is patently unreasonable if the discretion

(a) is exercised arbitrarily or in bad faith,

(b) is exercised for an improper purpose,

(c) is based entirely or predominantly on irrelevant factors, or

So even if the decision was legally unreasonable, and even if no well-informed adjudicator could come to that conclusion, the decision of the Civil Resolution Tribunal over accident claims can only be overturned by a court if there was misconduct, arbitrariness, an improper purpose, or if it was irrelevant or outside the statutory requirements.

While it is foreseeable that some cases may well meet this standard, most decisions that are blatantly wrong will simply not rise to the defintion set out in the Administrative Tribunals Act for judicial intervention.

And all of this is set against a backdrop of a sixty-day limitation period, meaning that a person only has two months from the time of their accident claim to seek a judicial review of the decision. This is an extremely short period of time, taking into consideration the fact that inevitably people who have bona fide mental illness as a result of their accidents will be swept up in this mess.

Remember too that the tribunal also has the right to decide whether a claim is within its jurisdiction, which means that even the determination of whether a case should be heard by the tribunal is subject to judicial review on this very high standard.

It is inevitable that the law will be constitutionally challenged. But history tells us that constitutional challenges to the shifting of traditional court processes to administrative tribunals have been largely unsuccessful.

The BC Government has passed legislation that is deeply flawed. And while the attention paid to this has, by and large, surrounded the definition of minor injury the legislation is significantly more problematic when it is viewed in context with other pieces of legislation that function around it.

The result will be that those who have accident claims in BC are denied justice. And that is simply wrong.

Rob Shaw: The privatization of health-care services jobs was harmful then and would be now
Nov 29, 2022 11:57 AM