OPINION: About that Jane Thornthwaite video… 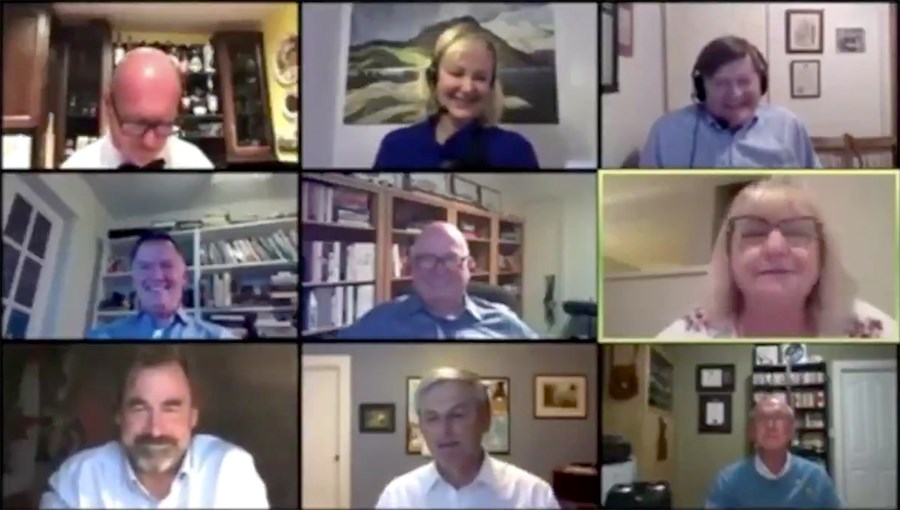 If you’re following British Columbian politics in the lead-up to this month’s provincial election, I’m sure you’ve seen the video clip I tweeted out on Saturday night. It’s approaching 300,000 views on Twitter with coverage across multiple outlets that dominated B.C. election news on Sunday.

I’m an editorialist and an interviewer — not a journalist. I take pride in the small, but formidable, reputation I’ve developed in our local mediascape that overflows with talented journalists and media commentators.

But I was humbled when I received an email on Saturday night with the subject “Bowinn”. A woman, who identified herself as “usually a BC Liberals supporter”, described how a BC Liberals virtual fundraiser that she attended included bothersome comments about BC NDP MLA for North Vancouver-Lonsdale Bowinn Ma. She asked for my help.

She also asked to remain anonymous.

If there were ulterior motives in this email, I had no part in them.

She included a link to a 71-minute video file in Google Drive.

Around eleven minutes into the video — her suggested timestamp — I found BC Liberal MLA for North Vancouver-Seymour Jane Thornthwaite’s now-infamous “sexualized remarks” about Bowinn Ma. It was part of a BC Liberals Zoom event on September 17, a roast for outgoing BC Liberal MLA Ralph Sultan, which carried a ticket price of $100.

The person who emailed me claimed she had recorded it so her husband could watch later.

The veracity of her backstory is now irrelevant. After all, the video is real.

My immediate instinct was to create exclusive content either for this publication or CKNW 980AM, both of which have blessed me with editorial space.

But weirdly, I thought of my cousin. I remembered the day she was born. Always a ray of sunshine with her warm demeanour, she’s a high-achiever in her early-20s and manages a research lab at a local university. I wondered how my cousin’s positive attitude, eager to learn and sweet in her spirit, would face sexist mischaracterization to which women in the workplace are often subjected.

I thought about the women — outside of my family and outside of romantic relationships — throughout my life, who have supported me: the teachers, the friends. I have received such generosity throughout my academic and professional career from a wide array of women. It would break my heart if someone sexualized those relationships and undermined the kindness, guidance, and friendship those women bestowed upon me.

It was not my place to editorialize Thornthwaite’s comments about Ma. I wasn’t going to opine on this experience, which — if there was actually ever any doubt — is abundantly apparent to be commonplace for women in the workplace based on the reactions the video generated.

Instead, I clipped the excerpt of Thornthwaite’s remarks and posted it online within an hour of receiving it. I made an open call for women to comment if they wanted.

While I expected some outrage from NDP partisans, I didn’t expect the clip to drop like a nuclear bomb on the entire election. Women — and others — were pissed.

Of course, some on Twitter suggested that “people are thin skinned”, justifying the comments by asking “aren’t roasts generally about derision?” Others decried the outrage to be “virtue signalling nothing burgers”, “a political hit job” better left to “political partisans”, even going so far as to characterize Bowinn Ma as a “trash bag pretending to be a politician”.

By the way, those quotes are all from men who don’t hide behind anonymous accounts. They sort of prove the point that many women made in response.

My hope is that we can broaden the conversation about the treatment and attitude of women in the workplace, especially when it comes to women of colour who are too often stereotyped and fetishized, while they bear the compounded discrimination of both race and gender.

This isn’t about the election.

This is about the culture that tolerates, and, in fact, can derive amusement from casual sexism, and then, in turn, brushes off genuine concerns as humourless or agenda-driven.

We’d be foolish to think that this is limited to the confines of one political party when it is pervasive throughout our society.

If we’re serious about making the world more gender equitable, we need to hear less from men and more from women and non-binary folks.

That’s why I put the video out without my comment: My comment should not be the one that counts here.

I’m not going to editorialize this.

Rather, I’d like to hear from women on how they feel about this clip.

I’m sharing because a woman reached out to me and asked me to do so (her email in below tweet).#bcpoli pic.twitter.com/AiDwFmBT7F