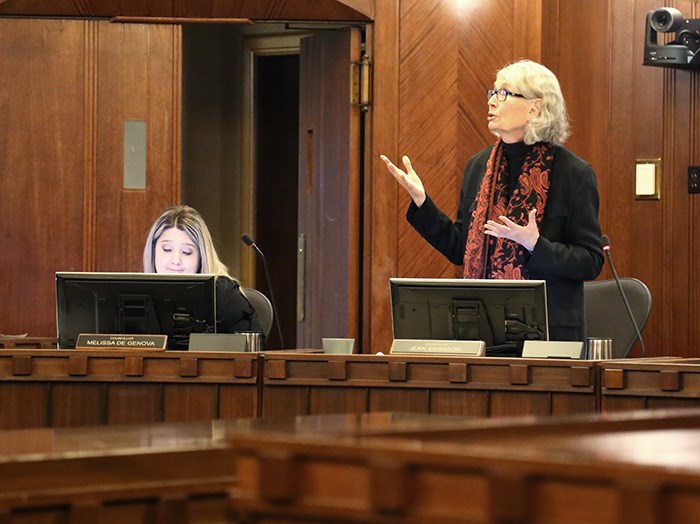 City of Vancouver staffers presented a robust presentation to City Council today, outlining a number of ways they think they could work to protect renters in Vancouver (read it HERE).

The document presents a whole lot o' facts and ideas around how they might help the majority of people in our city; the 53% of residents who don't own their homes.

The three main planks of it are:

At the very end of the presentation it was noted that there will soon be a "new" Rental 100 program "combining all rental policies into one document".

It looks like good news for renters, and council seemed pleased with it today. However some members don't seem to want to wait to get started "helping" renters; yesterday they almost smashed the Rental 100 program to pieces with a single amendment to a simple rezoning.

In Council Tuesday afternoon, after a years-long process had been undertaken by city staff and a developer to bring forward a new rental building on 4th Avenue, after robust scrutiny and a public hearing, Council was to vote on whether or not to approve it.

Right before the vote took place Councillor Jean Swanson put forward an amendment. It seemed quite simple, and on its face it looked good for renters. Who wouldn't want this?: 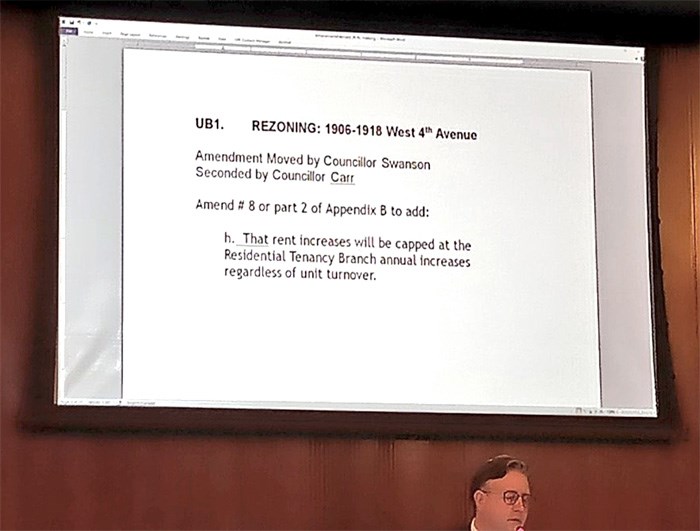 Oh heck sure why not. Photo Bob Kronbauer

A majority of Councillors voted in favour of this amendment. Then Councillor Melissa De Genova stood up and asked if it could possibly open up a legal issue for the city, as staff had already worked with the proponent - for a couple of years - to make sure the project was financially viable and could move forward.

City Manager Sadhu Johnston then chimed in, noting that if the amendment was made it would prevent the project from being viable. Meaning the building with 32 rental units would not be built.

A "Holy shit what did we just do" hush came over the room, and a motion was then presented to throw out the previous vote and vote again. They basically took a mulligan and did a re-vote.

As cooler heads prevailed only Swanson, Pete Fry and Colleen Hardwick then voted in favour of the amendment which would have killed the project. The rezoning went through, and Fry explained that he wanted to "stick to his guns" because he has issues with the Rental 100 program under which it was planned. Over the span of some years. 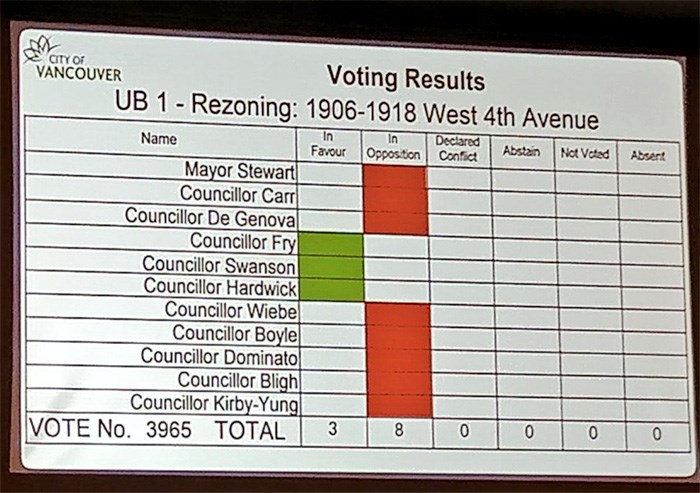 The mayor noted that developers (who currently build around 90% of the housing stock in the city) would be hesitant to work with the municipality on rental projects in the future if they suspected they might be thrown curve balls at the last minute like the one that had almost just been swung at.

Stewart didn't say that he thought the City would be bargaining in bad faith, but that's what this sort of practice is considered. It's greasy. It would actually prevent a lot more rental units from being built, counter to Swanson's seemingly-good intention.

It would set a new precedent not by introducing a new policy or fixing Rental 100, and it would not only screw up future rental housing starts but others that are currently in the stream.

The working environment for Councillors right now is still a bit of a lovefest. When Swanson lobs in wildly unrealistic amendments like this her fellow Councillors will generally go out of their way to say that they support her cause (making housing more affordable) and her gumption, but that they won't be voting in favour of what she's brought forward.

Every Councillor but Swanson seems to want to work within the system to make things better, and while she was elected on a sort of "smash the state" campaign, the people who voted for her are likely - and should be - cheering. She's doing what she promised.

However, Council may be wise to treat her amendments and motions with greater scrutiny in the future. They truly lucked out with this mulligan.

This is Vancouver's Stupidest Politics Column. View the archive HERE.