OPINION: John Horgan comes out as B.C.’s boldest capitalist in 2020 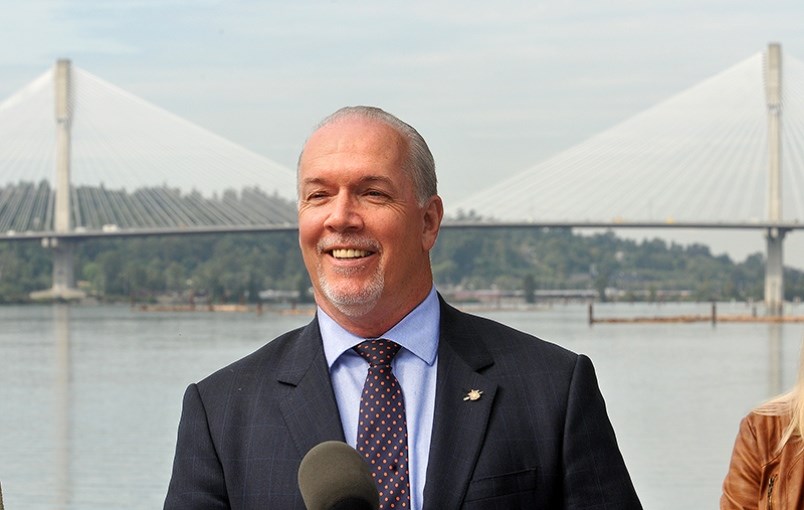 The BC Liberal party sent out a comical press release this weekend, demanding that John Horgan and the NDP answer questions around their Surrey-Whiterock candidate’s views.

Seemingly looking to out Bryn Smith as “anti-capitalist”, I may not need to tell you that there are a lot of folks in the NDP that share those views. It’s less than a secret; in fact it’s an element that draws some people to the party.

However off-the-mark the Liberals were, it got me to thinking about how John Horgan might be British Columbia’s greatest capitalist of 2020. Political capitalist, that is.

He and his minority government could have easily coasted into a renewed mandate in 2021, yet they chose to capitalize on their popularity at its height, calling an early election when they were polling high, in order to secure another few years in power.

When announcing it to residents, Horgan himself admitted that it was not an easy decision, and that he "struggled mightily" with it. But he went ahead and did it anyway, telling us it was about “stability”, and not power (but the government was stable, and it was all about power).

By the time the election was supposed to take place originally (October of 2021), the NDP would most likely have done an acceptable job of guiding the province through the pandemic for what would have then been a year and a half.

Regardless of what the government managed to do (or not do) for the economy, or anything else during that time, non-partisan Dr. Bonnie Henry and NDP Minister Adrian Dix likely would still have people seeing them - through a lens of weary, pandemic jitters - as saviours; a sturdy hand at the wheel.

It could have been fairly easy to win a majority in 2021, but not a lock, as they don’t have a crystal ball on polling a year out.

So they took action like the most hardcore traditional capitalists would. However unlike those who aim to make money at any cost by putting profits above people and the environment, Horgan and his government have abandoned British Columbians for a chance at more power.

You may be thinking "How does this affect me," the voter?

Aside from the chaos of partisan messaging, news, and advertising that you probably don’t need in your life right now, plus the added risk of you contracting COVID-19 (we’ll talk about that in another column), the government isn’t able to function during the election cycle. The NDP’s Carole James has been deemed their ‘caretaker’, and she can’t actually do much of anything.

James certainly can’t help with the homeless encampent in Strathcona Park that they left the City hanging with. She also can’t tell you when the COVID-19 contact tracing app will be coming to BC, because there’s been zero movement on it coming here as cases continue to climb. And she certainly can’t help save some of your favourite local businesses from going under, because the election delayed a $2 billion funding package that was supposed to help them.

Those are just a few of the things that have stalled while we wait for new government in a time of crisis, during B.C.’s longest state of emergency ever.

As the news media were talking about the possibility of the election being called early, we saw even NDP partisans saying it was a bad idea (for reasons like the ones listed above, which barely scratch the surface), and that it needed to wait.

Those partisans are now silent on that front, toeing the line and cheerleading for their candidates. They’re seemingly happy that most have turned the page beyond pointing out the obvious recklessness involved in calling an election.

That’s greasy. All of this is greasy. And John Horgan is now considered a bold, newly-minted capitalist in the eyes of this politics columnist.

Just how shrewd of a capitalist he is, we'll have to wait until October 24th to find out.

Please get out and vote, or request a mail-in ballot today.