OPINION: This pro-Trump scumbag randomly punched a CBC photojournalist at a rally 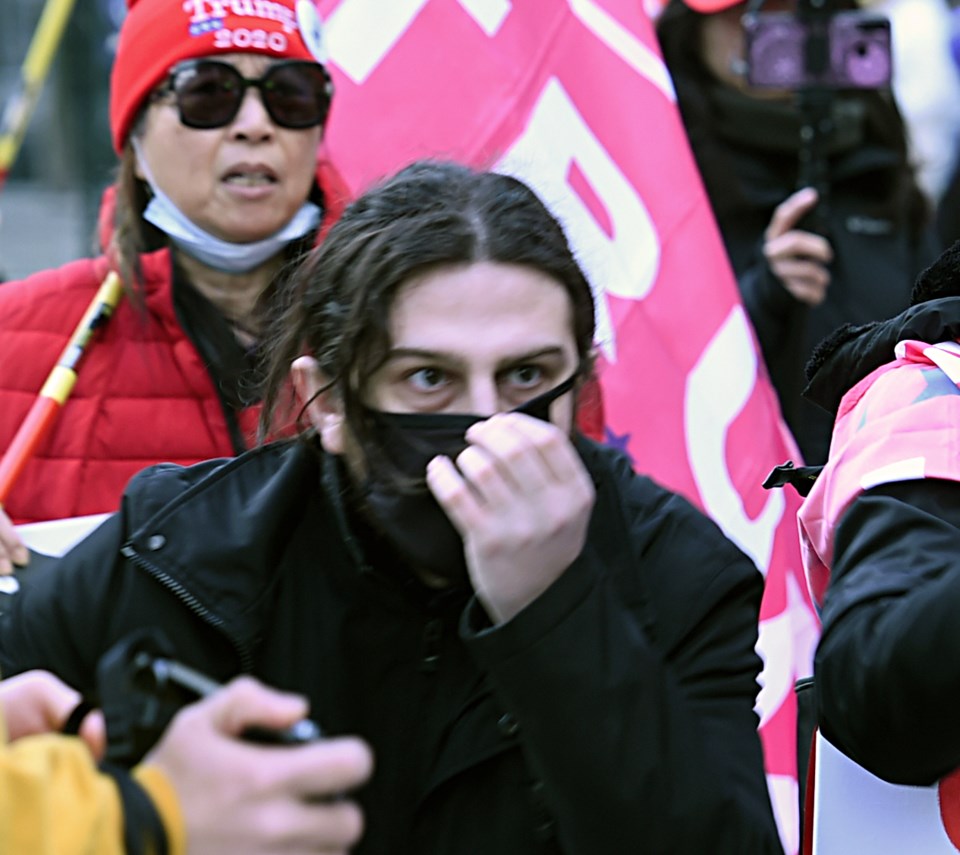 Man about to punch CBC photojournalist Ben Nelms in the face at a rally on January 6, 2021Bob Kronbauer

A small group of protestors gathered on the sidewalk in front of the Vancouver Art Gallery today, Jan 6, 2021, in support of outgoing U.S. President Donald Trump. One of them decided to punch a member of the media, completely unprovoked.

Holding signs and flags, at one point the number of media covering the small rally nearly outnumbered those gathered to protest.

The flags held by the ragtag group of roughly 20 people ranged from "TRUMP 2020" ones to stars and stripes with the U.S.A.'s Second Amendment scrawled on them.

Signs ranged from ones sharing simple pro-Trump messaging to birdbrained anti-science statements, such as "BIBLE OVER LOGIC OVER SCIENCE 100%."

Reactions from passersby (whom were often heckled by the protestors for wearing masks) ranged from "F**k you, losers!" to "Get a job!" to "This is Canada!", and there were many combined looks of horror and disbelief from people trying to innocently go about their days.

Aside from the verbal assaults hurled at strangers, the group seemed mostly harmless. That is until one of the members randomly lunged at CBC photojournalist Ben Nelms, and punched him in the face.

I managed to capture images of the scumbag as he began to advance. Quick-thinking Nelms managed to pop off a few frames as well, which he shared on his Twitter account.

Unprovoked violence against anyone, including members of the media is wrong. Thanks everyone for the support, I’m doing well. pic.twitter.com/rJ9No7CJxy

The award-winning photojournalist also released a statement, which is a lot more kind than what I have to say about wankers who randomly attack media who are simply out doing their jobs.

“I was covering the pro-Trump rally outside of the Vancouver Art Gallery this afternoon. I was taking pictures of the group of protestors when one of the men charged at me and punched me in my face unprovoked. He was upset that I, along with other members of the media were taking pictures and reporting the event. Physical violence against members of the media is wrong and doesn't just happen outside of Canada, but here in Vancouver.”

The attacker slowly walked off after the assault, and shortly thereafter the VPD interviewed Nelms about what had happened.

A few minutes later, the members of the group who did not decide to run off and hide because they randomly punched people in the face tottered down to the U.S. Consulate at 1075 W Pender to continue their protest, and shoot congratulatory photos of each other. 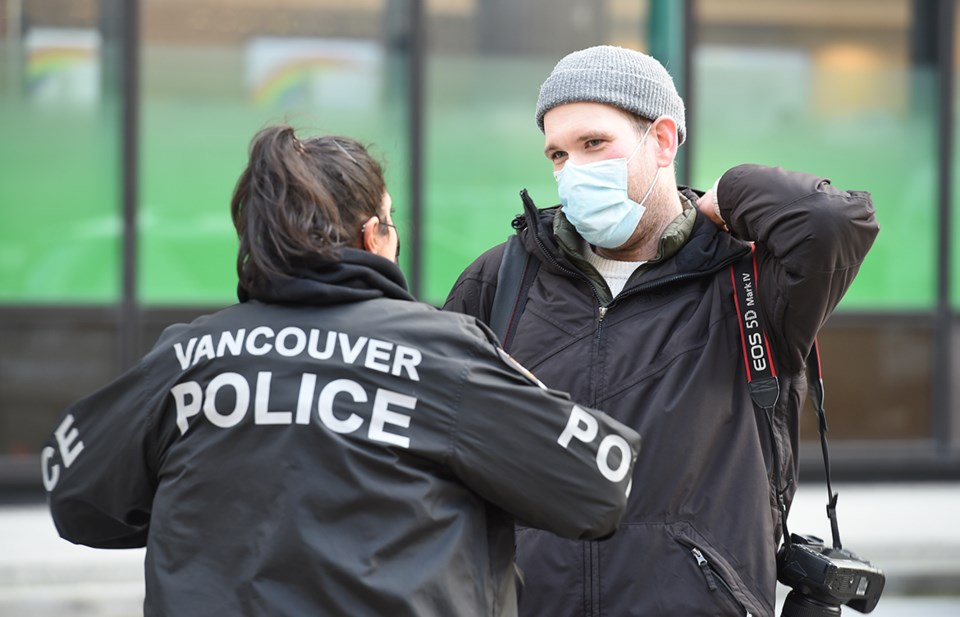 CBC photojournalist Ben Nelms speaks to the VPD shortly after being assaulted at a pro-Trump rally in Vancouver on January 6, 2021. By Bob Kronbauer