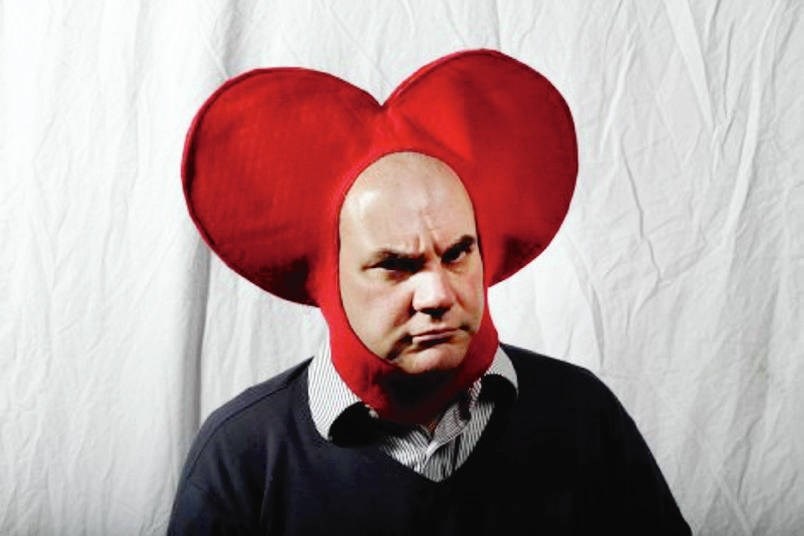 Jack Knox’s column will not appear today. It being Valentine’s Day, he has once again relinquished the space to relationship guru Dr. Romance.

The rule of thumb says that to avoid detection, people having extramarital affairs should conduct them at least “two bridges” away from home. However, that would appear to be at odds with B.C.’s restrictions on non-essential travel. In these unprecedented times, shouldn’t we pivot to one bridge to remain COVID-compliant? Also, does the Johnson Street Bridge count? It’s pretty short.

Me and the missus was all set to board a plane for Acoappulca, Accaplucco, er, Mexico when that damn communist just like his father Trudeau cancelled our flight, though not before I caught an eyeful of the flight attendant and paid her a real nice compliment: “I’d like to flatten your curves.”

So then the missus says, oops, that damn Trudeau says that counts as foreign contact and I have to quarantine in the garden shed for two weeks and — get this — pay Ottawa $2,000 for the privilege of doing so. “Just give me the cash and I’ll deliver it myself,” she says helpfully before padlocking me in the shed. That was nine days ago and I’ve run out of food and water. Should I be getting worried?

No, she’s probably gone to get your vaccine.

So, we finally finished watching every show on Netflix. Now it looks like we’re going to have to break down and talk to each other. But after a year cowering in the basement, it’s not like we’ve got anything new to say. Got any topics suitable for her first romantic dinner in 12 months?

Baffled in the Bunker

A) “Who would win a foot race, Dr. Bonnie or Adrian Dix?”

C) “I have a list of things that would make you a better wife….”

D) “Wouldn’t it be great if the two of us could spend every single day together for the rest of our lives, just like we have for the past year? Wait, where are you going?”

She complains that I never “express my feelings.” What does that mean?

You know how your beer suddenly tasted flat when the Canucks lost Tanev and Markstrom to Calgary? This is called a “feeling.” Ignore it: like gas, it will pass (though not as well as Tanev.)

My super hot boyfriend Justin T keeps hinting suggestively about taking our relationship to the next level and having a — eeeuuw — “spring election” but I said “not until you put a ring on it: give me a vaccine first.” So he goes “baby, trust me, it’s on its way” so I say “show me the Moderna” and he says “I’ve got Pfizer” so I say “the other Pfizer” and he says “they’ve promised me lots by the second quarter” so I said “Yeah? Well, you promised electoral reform by 2019 and look what happened.” So he gave me the puppy dog eyes and said I should ignore the “noise.” Am I wrong to doubt him?

No vaccine, no vote, no ­Valentine

At this time last year, one was ensconced in one’s secluded North Saanich estate, where not only did one’s new neighbours protect one’s privacy from the prying paparazzi, but the Strait of Georgia (named for one’s great-great-great-great-great grandfather!) provided a nice anti-pandemic moat.

But then one hopped onto a private jet for California so that one could live closer to — get this — one’s mother-in-law. Has one made a ghastly mistake?

(The artist formerly known as Prince) Harry of Horth Hill

Street food at the Sidney market, Butchart fireworks, hot dogs at the HarbourCats, picnic blanket at Symphony Splash, and none of it with anyone hassling you. Of course one did.

She comes back from the salon and asks: “Notice anything different about me?” So, I say “Well, you’ve gotten really unpleasant since you packed on those COVID 19.” I thought I would get credit for expressing my feelings but she exploded like I was wearing Alberta licence plates. What do I do?

Buy her an exercise bike (but not a Peloton, because they’re expensive.) Her reaction will be unforgettable.

You’re not a real doctor, are you?

Opinion: Mayor and the VPD won't share data about handgun violence in Vancouver
Mar 3, 2021 8:40 AM

Rising number of Canadians ready to rethink country's relationship with the monarchy: poll
Mar 1, 2021 6:00 AM