Conservative millennial running for council smears message on his truck, parks it outside our office

Independent city council candidate, Justin Caudwell, smeared campaign messaging on his truck and parked it outside the newsroom of Glacier Media publications. The conservative-minded candidate is hoping to get attention for his run for office.
0
Oct 1, 2018 9:37 AM By: Bob Kronbauer

Independent city council candidate Justin Caudwell has an interesting strategy to get attention for his campaign; he's parked his kickass truck directly outside the staff entrance to our building so everyone entering will see it.

Greeting Glacier Media employees at our office in Mt Pleasant this morning is his Ford F150 with messaging smeared onto all 4 sides of it with a slick substance that appears to be either bitumen or a grease stick of some sort. It's been parked there since Saturday. 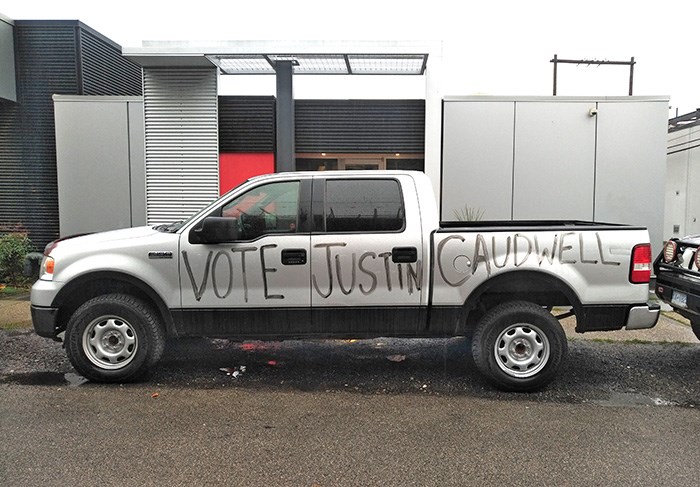 His truck isn't featured in his campaign video (below) but he still manages to deliver a fuel-injected message to voters in it.

A born and raised Vancouverite, Caudwell says "It breaks [his] heart to admit that this is no longer the best city on earth." An ominous violin plays as he somehow manages to deliver the message "The good news is, that it can be" as if he were speaking at your funeral.

He continues into a slowly-delivered speech pitting "wealthy communists" (offshore real estate buyers?) against "native-born millennials" in our city.

Hoping to represent the "forgotten millennials", Caudwell claims he will be a "diverse voice" on council. I'm not sure what you consider to be diverse but in my books if you're a young-ish white dude you do not fall into that category.

Looking beyond his video and truck and into his platform a bit, Caudwell's housing policies revolve around the supply side. His pro-development stance is mostly that we need to build more units and reduce taxes on commercial real estate.

In his opinion, what homeless people need is to get their lazy asses to work and get a goddamned job, so he's going to employ them through a scheme that somehow involves working in a union. He feels the City simply needs to offer "a hand up, not a handout" to fix the homelessness issue.

If you feel Justin is diverse and he's speaking your language, do as it says on his truck. 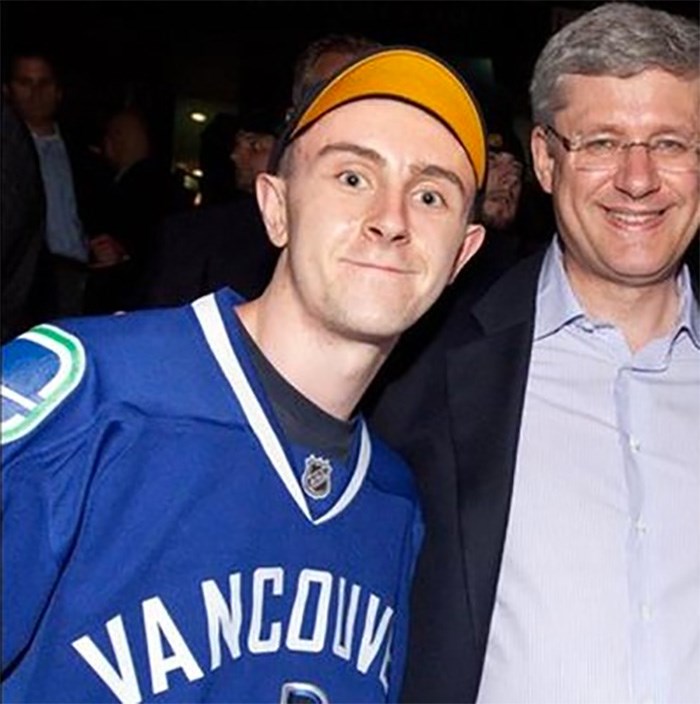 He wants to shut down Insite.

The DTES is apparently both a cancer and a drug in and of itself.

That would be difficult even if the #dtes wasn't a drug in itself. People with addictive personalities begin to sink, like in quicksand, the moment they step into that cancer of a neighborhood. https://t.co/Sdb9GslpzB

He doesn't owe Chinese people anything (?) and he wants you to know that.

Keep in mind two things when it comes to foreign investment..

1. My $ is what's left over after paying Fed,BC,CPP,EI,MSP taxes.

Justin is an "ice cold conservative".

The west is the best pic.twitter.com/DEB0b8YKg3