Karen Wang's mistakes don't give you a licence to be racist

Wang deserves criticism for her actions, but that doesn’t give people a licence to spread their gross caricatures of any ethnic group.
0
Jan 18, 2019 12:33 PM By: Chris Campbell

Thursday was a crazy day.

It began with Karen Wang saying she was rescinding her resignation as the Burnaby South Liberal candidate, moved to the Liberal Party of Canada saying “hell no!” to her change of heart, and finished with a flourish as Wang’s family was in tears as she staged a rambling press conference with pretty much every local media outlet. 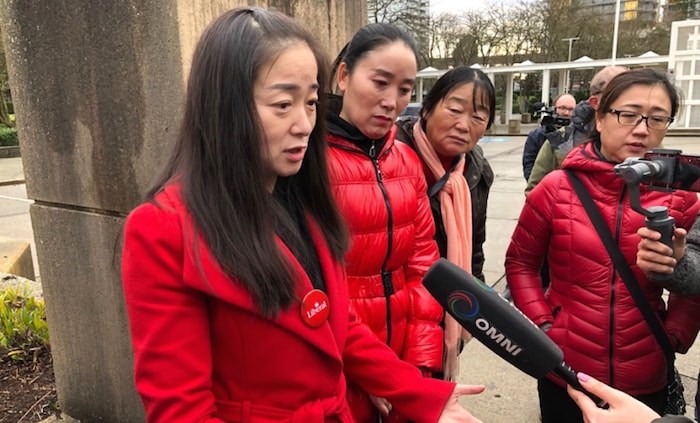 Even BCIT broadcast journalism students were on hand. It was that big (and weird).

Now that all of those stories have been posted on various social media outlets, I finally had time this morning to check out all the responses to my tweets yesterday about Wang’s behaviour.

Aaaaaaand I wish I hadn’t.

Some people decided to respond to my tweets about Wang’s press conference – in which she announced it would be in a Burnaby library without actually getting permission – with racist responses.

Some people on my personal Facebook page made puns based on her name – I have deleted those and unfriended those people.

On Twitter, one jerk with 24 followers and an egg for an avatar made the terrible decision to tweet this was the “epitome of Chinese behaviour.” 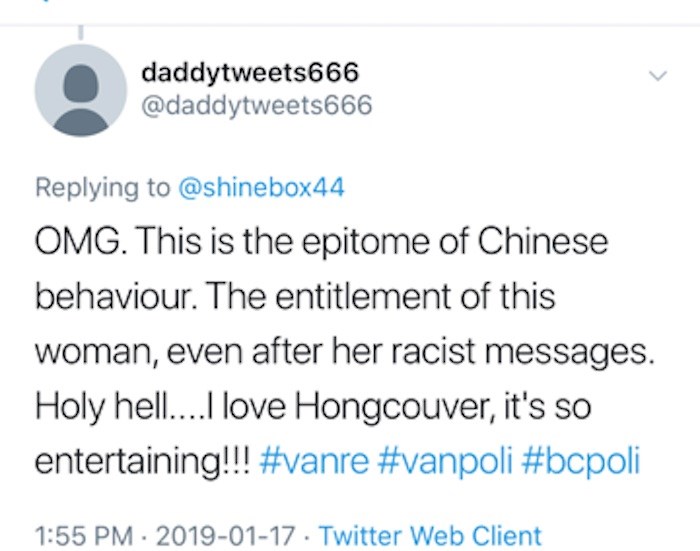 This is an awful comment that is disgusting and, sadly, typical of many people.

He went on to mention “her racist messages” – so, basically, he’s responding to perceived racism with racism of his own. The lack of self-awareness is both astounding and pathetic.

Wang deserves criticism for her actions, but that doesn’t give people a licence to spread their gross caricatures of any ethnic group.

Yeah, I know, that’s an obvious statement, but clearly some people don’t get it.