OPINION: We just might see Ken Sim's teeth before the October election 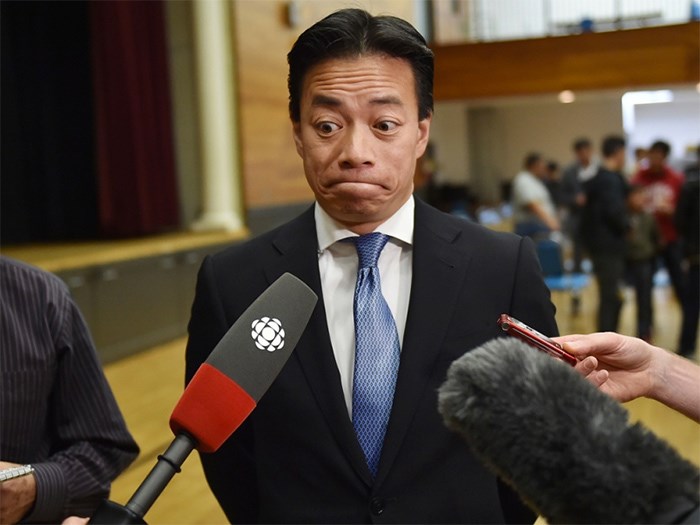 If you've been paying attention you know that newcomer to politics, Ken Sim, was nominated by the NPA as their mayoral candidate in our upcoming election taking place October 20th.

In the party's internal leadership race he seemed genuinely surprised to beat out NPA Park Board commissioner John Coupar (a nice human) and Glen Chernen (a seemingly-humanoid creature who once filed a frivolous lawsuit saying that Vancouver Is Awesome is a "front company" set up to funnel money from developers to political parties).

At 47 years old Sim has a lot to smile about. He's an accomplished businessman and appears to have a happy family. Having co-founded the Nurse Next Door home-care company and, more recently, Rosemary Rocksalt bagels (not, it's not owned by that charming grandpa and his granddaughter in the radio commercials), if Gregor Robertson was "The Juice Man" Sim could very well become know as "The Bagel Man".

And the unapologetically pro-business candidate is polling well. Many think he'll be the next mayor. According to a recent Research Co poll, 23% of decided voters are in his corner. He trails NDP MP Kennedy Stewart (26%), but as more progressives positioned to Sim's left declare that they're running that vote will continue to get split.

I haven't met him yet (I plan to interview all candidates for this column leading up to October 20th), but of all the media coverage I've seen of him so far he has yet to really smile.

A quick Google image search for "Ken Sim Vancouver" brought up a number of images that had me raising an eyebrow. Every single photo of him seems to have him looking stone-faced, only sometimes with a barely-detectable smirk. Somehow peppered into the collage are images of his and the NPA's past and present opponents, smiling ear to ear. 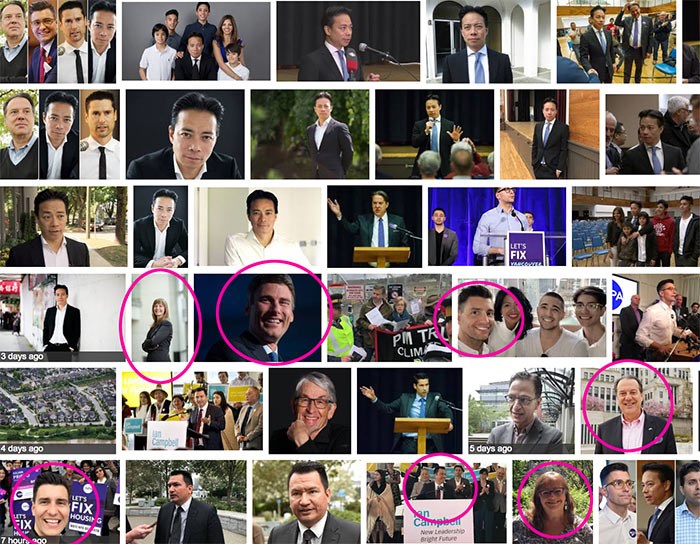 Shauna Sylvester, Gregor Robertson, Hector Bremner (x2), John Coupar, Ian Campbell and Heather Deal can all be seen smiling when you search for “Ken Sim”. Sim is pictured with a straight face for the most part.

As he notes in his pitch video, the City of Vancouver is actually a corporation. At the 3:12 mark there's a flash of what almost looks like a grin when he's talking about "digging into the City's books". It's faint, but it's there.

It's a serious job and Sim's demeanor tells us he's not f**king around, but if he does happen to become the boss it'd be nice to see the Bagel Man crack a smile every now and then, to let us know he's at least a little more human than the NPA's Glen Chernen.

- With Vision Vancouver "in freefall", other parties will handily fill the vacuum

The Research Co poll cited above notes that currently 47% of voters in Vancouver aren't sure who they'd vote for if an election took place tomorrow. Among those decided, here's how it stacks up as of June 11th: