Independent mayoral candidate Kennedy Stewart's campaign manager, Neil Monckton, demanded that a private citizen take down a tweet that he considered to be libel. This is the audio of that conversation.
0
Oct 12, 2018 8:54 AM By: Bob Kronbauer

EDITOR'S NOTE: This column previously characterized Mike Jagger as a random member of the public. He is, and was, a friend of the NPA's mayoral candidate, Ken Sim, and was a volunteer for his friend's campaign. 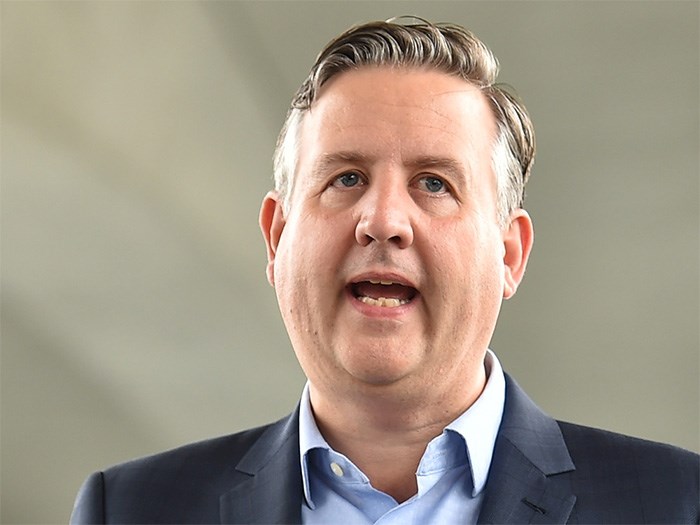 Kennedy Stewart is the new mayor of Vancouver. Photo supplied

Mayoral candidate Kennedy Stewart's campaign manager, Neil Monckton, is attempting to scrub the internet of mentions of union support for his guy. And it seems to be working.

Founder and president of the Vancouver company Provident Security, Mike Jagger - who just happens to be a close friend of and a volunteer for the NPA's candidate Ken Sim - posted the audio clip below of an interesting phone conversation he recently had with Monckton.

In it the two are discussing a tweet that Jagger sent out. Monckton says "You need to take that tweet down because you are libelling Kennedy Stewart". Apparently it was "the one where you imply that there are campaign workers being paid by labour unions working on our campaign", which is a statement Kennedy's campaign says is false.

The conversation gets a bit testier as the campaign manager refuses to give a direct answer to whether or not the statement is true, then the recording ends after he says he's "not going to fuck around anymore here" and threatens to "follow up, with a stronger, you know, kind of, uh, approach".

According to Jagger, Stewart's campaign manager called his office late at night, then again the next morning, demanding to speak to him about the offending tweet. While he maybe got a fact (intentionally?) wrong, the spirit of that tweet seems to be at least somewhat close to the truth of what's happening in terms of them getting support from local unions.

Monckton's stern warning seems to have worked. The tweet is gone.

Transcript below, in case you're on transit without headphones:

Jagger: "Hello? is that Neil?"

Monckton: "Hey Mike. You need to take that tweet down because you are libelling Kennedy Stewart."

Monckton: "The one where you imply that there are campaign workers being paid by labour unions working on our campaign."

Monckton: "I'm telling you that you are libelling Kennedy Stewart, so you need to take that down and I want you to do that right away please."

Jagger: "Which... I'm just confused, I'm trying to understand which part is libelling?"

Monckton: "Yeah. You're confused. But I cant help your confusion. When you say that there are organizers paid by unions, working on his campaign, you are libelling him."

Jagger: "Because you are saying that's untrue?"

Monckton: "Mike, I'm not going to fuck around anymore here. Just take it down, or I'm going to have to, follow up, with a stronger, you know, kind of, uh, approach."

This is Vancouver’s Stupidest Politics Column, informing voters during the run-up to the 2018 election in Vancouver. Check out my election predictions HERE. Read the entire archive HERE.