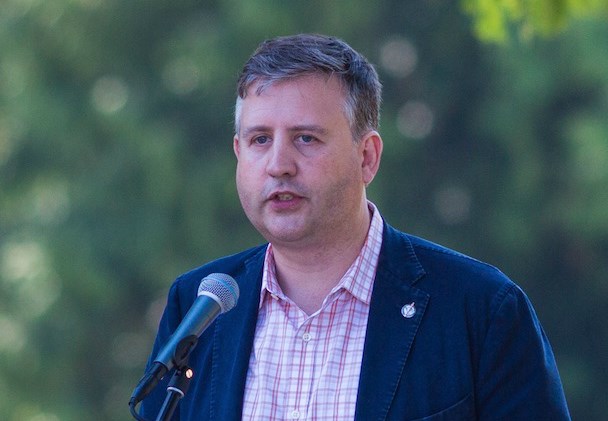 Last week ResearchCo asked 400 voters "If the Vancouver mayoral election were held today, which of these candidates would you vote for?"

Stewart picked up a full 36% of support amongst decided voters, followed by 25% saying they'll vote for the NPA's Ken Sim. Independent candidate Shauna Sylvester is currently sitting at 17% of the vote and Hector Bremner of Yes Vancouver has 7%. David Chen of ProVancouver sits at 4%.

Since this is Vancouver's Stupidest Politics Column, and you got here because of my stupid headline, let's talk about Stewart's first name which looks like a last name.

On his campaign posters you see around town, and on the candidate's website, the name Kennedy is prominent. An obvious political decision to put forward a name that evokes the feeling of a political dynasty in the U.S.A. that Canadians look back on fondly, it brings with it a certain level of trust.

The candidate has served as a Burnaby MP, seems to understand the issues in Vancouver, and is shown with arms folded and sleeves rolled up, ready to get to work. If you watched our mayoral debate you'll have noticed he has an air of steadiness about him. 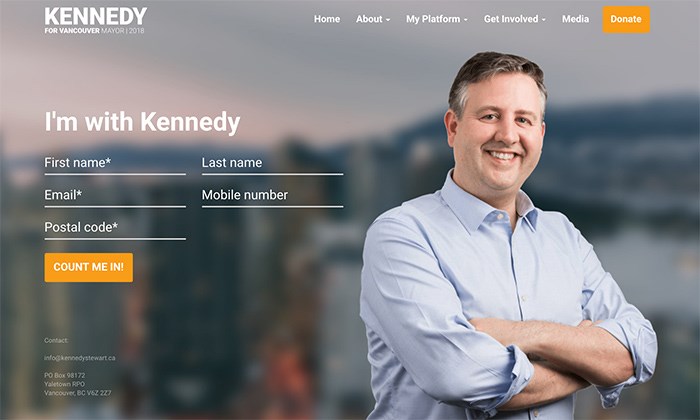 A quick look at Stewart's nomination papers reveals that his first name is actually Ed. Edward Charles Kennedy Stewart is his given name.

While it rolls off the tongue better than a name like, say, Drumpf, Ed Stewart still doesn't have that political dynasty ring to it.

The decision to go with Kennedy instead of Ed - as a first name and as a single word Prince/Madonna-like moniker - was a smart one. It suits the image he's trying to convey to voters.

The only other mayoral candidate who seems to be using a name that wasn't given to them at birth is Angela Dawson. Also known as Rollergirl. She's not currently showing up in the polls at all, but it likely doesn't have much to do with the name she's chosen to promote herself with.