OPINION: Praise for the VPD for protecting us from a dangerous 12-year-old criminal mastermind

An indigenous man and his granddaughter were handcuffed while trying to open a bank account in Vancouver. That's garbage.
0
Jan 10, 2020 1:28 PM By: Bob Kronbauer 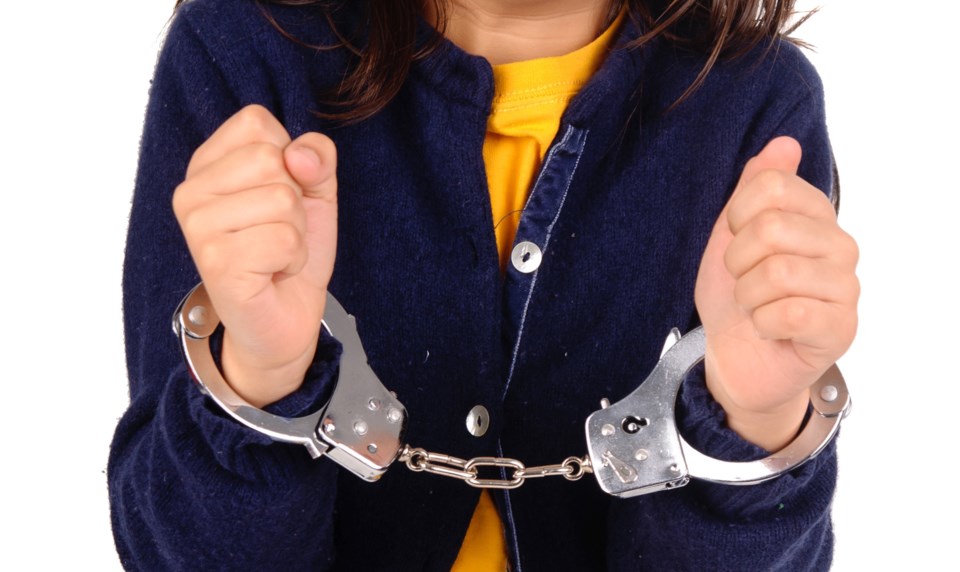 Remember that time when you were in grade 7 and you and your grandpa went down to the bank so he could open up an account for you?

On the trip there you talked about school, and how he wanted to open the account so he could transfer you money while you were traveling with the basketball team you were on.

Maybe you stopped somewhere along the way and he bought you a sandwich and a donut, or ice cream. Because he's your grandpa, and you love each other, and he wants you to be a happy kid.

And remember when you arrived at the BMO, gramps handed over both of your IDs and you looked up at him and he gave you a loving look and a smile?

How about the moment when the teller came to the conclusion that you were somehow both fraudsters, so they went to their manager and they eventually called the cops?

Then remember being terror-stricken, crying while they questioned your grandpa?

Then waiting for them to do some very basic work (that the bank could have done) to confirm that your kind grandpa wasn't famed conman Frank Abagnale and you weren't a dangerous criminal mastermind that should be held in handcuffs in the back of a police car?

That's because this kind of thing is extremely rare in Canada, and it should never happen.

But it happened in Vancouver in December.

What I described above is close to what Maxwell Johnson and his granddaughter experienced when they attempted to open a bank account at BMO, and you can read about it in this CBC article.

They didn't attempt to run, they didn't resist. The VPD corroborated Johnson's account of them being walked outside and quietly handcuffed after a teller flagged them as potentially trying to pull off some sort of fraud, apparently because the teller didn't recognize that their Indian Status cards were legitimate identification.

The BMO employee triggering the chain of events is awful, for sure.

But the VPD officer's decision to put the child in handcuffs is downright despicable.

If this were my kid visiting the bank with my dad, I'd sue BMO and the VPD so I could pay for the counselling that my kid would need once they got older. And to send a message that this is not okay.

But it has never happened to me and it will never happen to me. That's because my dad's white. My kid is white.

Johnson and his granddaughter are Indigenous, and it would appear that at the very least they were profiled, and that both BMO and the VPD could stand to do a better job at training their employees to not do garbagey things.

BMO has apologized publicly and apparently the VPD has offered a verbal apology, but here's hoping Mr Johnson finds a good lawyer.

We value our long and special relationship with Indigenous communities. Recently, an incident occurred that does not reflect us at our best. We deeply regret this and unequivocally apologize to all.

A history lesson from Vancouver's H.Y. Louie: kindness and charity overcome all
May 28, 2020 3:08 PM
Comments
We welcome your feedback and encourage you to share your thoughts. We ask that you be respectful of others and their points of view, refrain from personal attacks and stay on topic. To learn about our commenting policies and how we moderate, please read our Community Guidelines.