Tubing from Trout Lake to Science World? It could happen in a few years.

If Vancouver City Councillor Michael Wiebe has his way, in 10 years you might find yourself floating on a tube heading out of Trout Lake, winding up in False Creek near Science World.

If Vancouver City Councillor Michael Wiebe has his way, in 10 years you might find yourself floating on a tube heading out of Trout Lake, winding up in False Creek near Science World. That's the rough timeline for the completion of the first phase of a massive undertaking that the City has just made official. 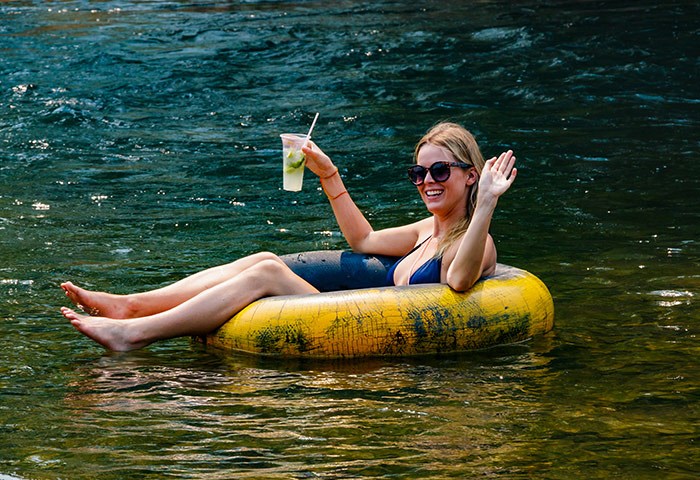 Council just passed a motion to Formalize the False Creek to the Fraser River Blueways. That is, figure out how to dig up and daylight creeks that have been long buried, with the hopes of bringing more fish and wildlife back, improving the quality of life for Vancouverites, and easing some of the strain on our storm drain system.

Officially, this motion was meant to initiate exploring a Blueways Enhancement Fund (the project will cost a lot of money), defining the roles of Park Board, Council and School board in the project, and finding "opportunities for collaborative planning with Metro Vancouver, the City of Burnaby and the City of New Westminster on a regional strategy."

I sat down with Councillor Wiebe to discuss the project, and he tells me that "Cote [the mayor of New West] is super excited", and that he "had a great chat" about the Blueways plan with Mike Hurley, the mayor of Burnaby. 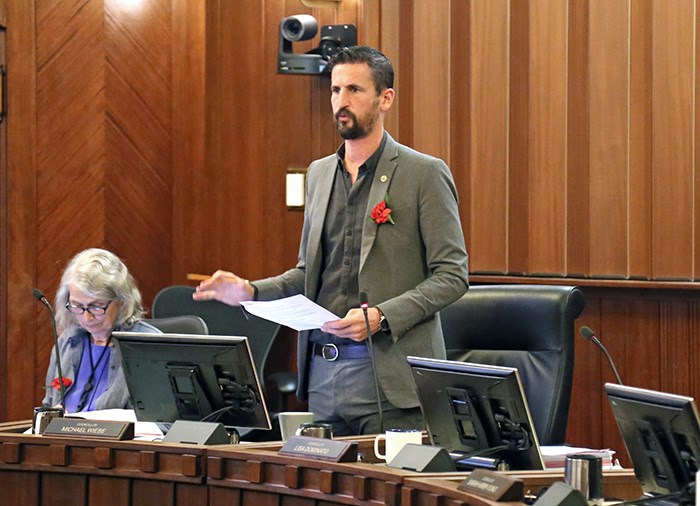 The first phase would involve exposing China Creek and having it connect Trout Lake to the ocean. Wiebe tells me that while there may be a couple underpasses, you could effectively tube down it. You might not want to dip your limbs into the water for another 30-or-so years though, as there'll be quite a bit of contamination that will need to be dealt with.

I should note that he didn't introduce the idea of tubing. However he did concede that it would be possible.

Right now there's no stream that leaves the body of water. It flows out of the small, urban lake by way of a pump that takes it all the way to the wastewater treatment plant on Iona Island in Richmond. Water coming in currently comes out of that ugly PVC pipe you see in the middle of it. It's potable water, and the waste water from storm drains currently gets diverted away from the lake. If this plan comes together that water would end being diverted into the lake, going through a bioswale (much like the one in the Olympic Village), where it would get naturally filtered, then make its way into the lake. No more potable water would be used, further reducing the Park Board's expense of shipping it in and out. 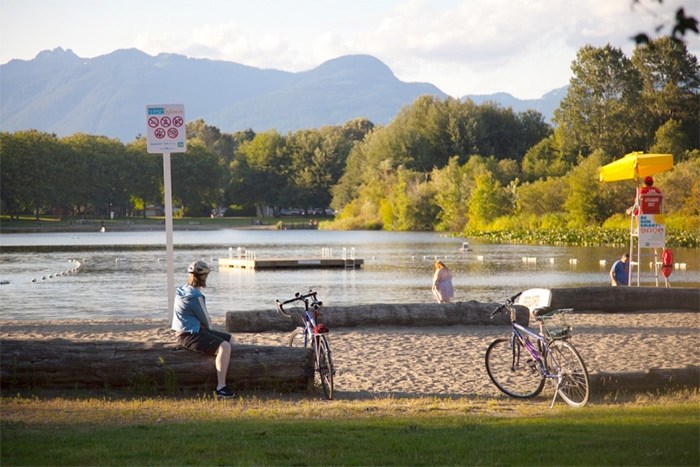 There are a number of land acquisitions that would have to happen to make it a reality, but Wiebe is confident that it's doable, and he seems to have the support of at least a few commercial landowners along the route. The parking lot beside McDonald's across from Science World (oh hey, have you tried their fish n chips?) is owned by the City, and while there's an affordable housing project that's slated to go up there, the newly-exposed creek could flow through it, with the output of China Creek being right next to the dome.

In terms of funding, the federal government will need to get involved. Metro Vancouver would also need to commit, as would the City of Vancouver. There's no estimate as to a price tag just yet.

Wiebe has been laying the groundwork for this project since his time on Park Board. He tells me "this has been building on years and years of work from a lot of people".

Vision Vancouver tried to cook up something similar, however their pipe dream of making False Creek swimmable in a ridiculously short amount of time (less than a year) went up in smoke. A bizarre hail mary pass leading up to the last election, it was an obvious ploy to try and get votes for the floundering party. If you ask Wiebe, Andrea Reimer originally had a realistic plan for cleaning up the waterway, which Vision misrepresented because an election was drawing near.

As he tells it, Reimer's original intent was to start initiatives in a year, not make sure people could swim in False Creek within a year. When the public got excited about being able to swim there "[Vision] ran with it politically instead of recognizing what could have been done" with a long-term project. They honed in on what they thought might be a quick win.

It wasn't. And when I ask Wiebe if it helped the cause for his Blueways motion he says no, because "[now] people don't believe that it can be done. They don't believe politicians are going to deliver on certain promises".

If you ask me, Wiebe's dream of opening up Blueways in our city is exactly what we need. A wholly worthwhile endeavour that has no whiff of a smokeshow to try and garner votes. If it happens it will make our city - and Metro Vancouver - a lot more awesome in the long run.