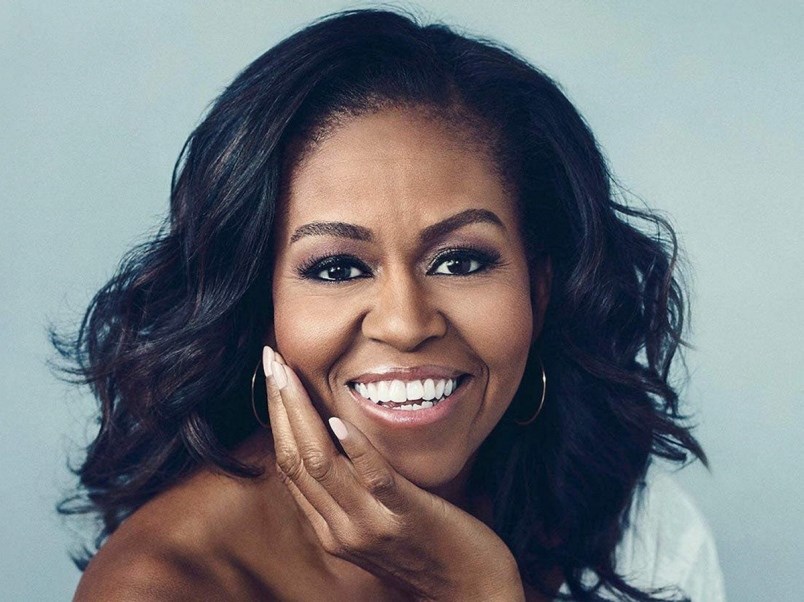 Fun fact: At 56 years of age, Michelle Obama will be the youngest headliner to play Victoria’s arena in the past five years.

OK, that’s not true, though the acts that appear in Victoria do tend to be of a vintage that need seven-day-pill organizers to store their acid.

Not Obama. The former first lady remains a full-on rock star. The day after she appears in Victoria on March 31, she’ll do two shows at a 17,608-seat arena in Sacramento, followed a day later by an appearance in Anaheim’s 18,336-seat Honda Center. That’s after a 2018-19 speaking tour that saw her pack ’em in from Atlanta to London and where, as the TC’s Mike Devlin noted, tickets went for as much as $3,000 US.

Why such a draw? Well, she’s great with a crowd. Remember the speech she gave at the 2016 Democratic national convention, the one that nominated Hillary Clinton? Obama was riveting. Clinton, who spoke a couple of days later, was not. The nominee was OK, but it was still like Blue Oyster Cult following the Stones on stage in their prime. First rule of rock and roll: The opening act should never be better than the headliner.

Why would Obama come to Victoria, a small town with a small venue? Well, she does have a local following. When news of her Victoria appearance broke Monday, the story immediately shot to the top of the most-read list at timescolonist.com. More than a year after it was published, her memoir Becoming remains a consistently top seller at Victoria’s Bolen Books. Ditto for Munro’s Books, where Becoming was easily the hottest title of the 2018 Christmas-gift season.

This city does have a couple of connections to Barack Obama’s administration, too. They include Victoria-raised Marvin Nicholson, the White House aide whose official title was trip director but whose unofficial job was to be the president’s safety valve, the friend he turned to when he wanted to shed the weight of the Oval Office and just hang out, shoot baskets or play golf. It was with Nicholson that the president played cards while nervously awaiting the raid in which Osama bin Laden was killed in 2011.

When Nicholson married in January 2017, one of the president’s final flights in Air Force One was to his friend’s wedding in Florida, where he served as a groomsman. A photo of Barack Obama getting a hug from Nicholson’s mother, Liz Beatty of North Saanich, popped up on Facebook.

Then there’s Susan Rice, who served as the president’s national security adviser and U.S. ambassador to the United Nations, and who was once considered a successor to Clinton as secretary of state. She is married to Ian Cameron, an Oak Bay High grad and former executive producer at ABC News whom she met at Stanford University. They have been known to holiday on Vancouver Island. The highest-ranking black woman in the Obama administration, she was the target of some of the same snarling vitriol Michelle Obama has endured.

If you really want to stretch the local ties, there’s Konrad Ng, an Ontario man who earned his master’s degree at the University of Victoria in 1999. He married Barack’s half-sister, Maya Soetoro. They live in Hawaii.

All right, that one doesn’t really count, at least not when answering why Michelle Obama would come to Victoria and why on earth people would pay between $99 and $299 to hear her speak.

As for the first part of that question, who knows? As for the second, put it down to the tenor of our times: Obama’s appeal isn’t about politics, it’s about providing inspiration (albeit at $299 a pop) when it’s sorely lacking elsewhere.

You know how it’s on the dreariest days of winter that travel agents get the most calls, miserable people desperately looking for a little sunshine? It’s the same with public speaking.

The best orators don’t sell a political vision, they sell hope. Ronald Reagan was elected in 1980 because he came along at a time when the U.S. needed a cheerleader. Winston Churchill’s speeches gave Britain a backbone when, with Nazis sweeping across western Europe, other leaders were ready to admit defeat.

The worst speakers sell hate and fear. They tell people how badly they’re treated and how others are to blame. Unfortunately, that approach works, too. It’s the age in which we live.