For years I've been sharing how the sausage is made over here, pulling back the curtain for our readers like I did in this recent piece about how and why we're doing more actual news now (beyond lifestyle reporting).
0
May 22, 2018 9:14 AM By: Bob Kronbauer

For years I've been sharing how the sausage is made over here, pulling back the curtain for our readers like I did in this recent piece about how and why we're doing more actual news now (beyond lifestyle reporting).

As long as I'm in charge I aim to continue to share my insights on publishing V.I.A. with you. As Editor-in-Chief I'm responsible for editorial decisions, and one of them is to be more transparent than most publications.

Doing news now means that not every piece we write will be flattering, or saying that the subject is "Awesome". Getting people to comment for stories is easy when you're doing a feature about why you love something but not as easy when you maybe have a difficult question to ask.

I wanted to let you in on a recent experience I had dealing with Mobi Bikes, one of these difficult questions I had for them, and why the way they dealt with it kinda stinks. 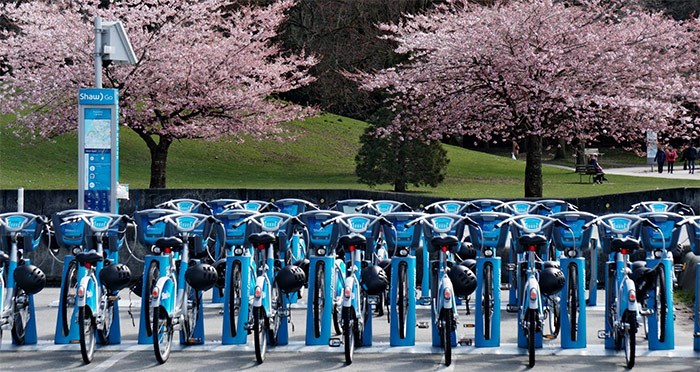 A week ago I wrote this story about how the organizers of the annual Naked Bike Ride are encouraging people to use Mobi Bikes if they don't own a bicycle.

My hope was that I'd get in contact with someone at Mobi who could tell us about their plan (or lack of a plan) to sanitize the bikes after naked peoples' butts and bits were in contact with them. However I had some trouble getting the right contact during a phone call to their head office in Florida, as it seemed I was given the email address of someone who I don't think works there. I wasn't given a phone number (despite my request), and my email bounced back.

Eventually a colleague at the Vancouver Courier gave me the right person to speak to locally. After leaving multiple phone messages and emails with them someone else got back to me 3 days later, not directly answering my question, then offering too-short answers when challenged.

I'm sharing this because Mobi is a taxpayer funded organization.

Millions of your dollars have gone into funding their rental program which puts bikes on almost every corner of the city (a good thing, in my opinion). If my story were about a private bike rental company I probably wouldn't have tried so hard to get a response from the people who run it because they'd have no responsibility to get back to me. However when a company that your money funds doesn't get back to media until they're hounded for days, we have a problem.

Here's the entirety of my email interactions with the people at Mobi for this story, which they clearly didn't want to speak to me for. Their first response came after 3 days of me leaving phone messages and finally sending out a public tweet asking the city to give Mobi a nudge for me. They seem to have only decided to take action after realizing I wasn't going to stop contacting them.

You'll notice in the last email response from them that they're not having it, and that if I was to press further I'd likely only get more one- and two-word answers.

Their cheeky answer which dodged my original question alluded to the fact that they don't mind if you ride their bikes naked, which is fine. Great, in fact. Their one-word answer of "No" confirmed what I already knew about it not being against their terms for people to put their junk on Mobi seats. However it's not clear if they'll be cleaning them after the ride, so if you get on one on July 1st and it smells like somebody's butt... well... you know why.

I've got a couple of questions regarding Mobi for a story I published today (I tried to get comment earlier but was given someone else's email, and the person on the phone took a message, so I ran the story):

We understand that you are looking for a quote from us on the World Naked Bike Ride.

"While we love the idea of more butts on our bikes we do encourage our riders to wear clothes. If you do decide to bare all don't be cheeky, give the seat a wipe when you're done." - Vancouver Bike Share Inc aka Mobi by Shaw Go

Thanks! Can you also please answer the questions I asked?