This is the time of year when people like to clean up with soaps, deck cleaners, paint and other materials that, when in high concentrations, could be harmful to aquatic life.
0
Jun 3, 2019 3:56 PM By: Tri-City News

No one starts their day planning to kill thousands of fish fry and endanger aquatic life along 600 metres of creek in downtown Coquitlam.

But that’s exactly what happened last Wednesday at Hoy Creek Hatchery when someone in a nearby neighbourhood dumped toxic waste down a storm drain. 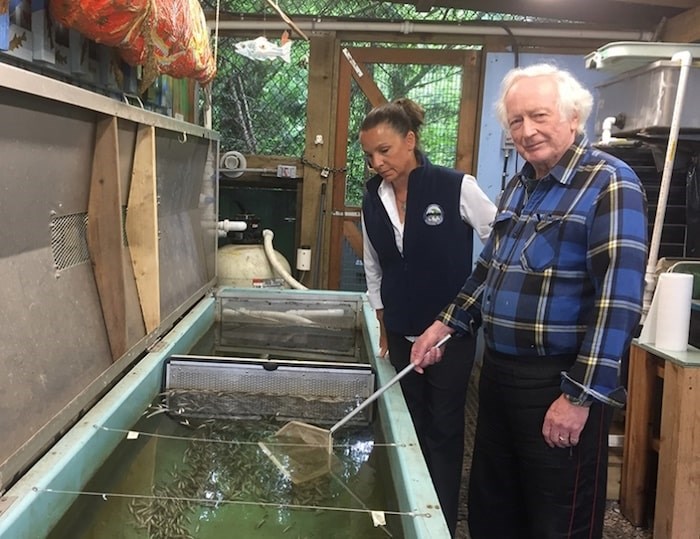 Volunteers clean up dead fish fry after toxic water poured through the tanks at Hoy Creek Hatchery in Coquitlam. It’s a stark reminder of what can happen when people carelessly wash cleaners and other poisonous chemicals down a storm drain. Photo via Tri-City News.

This bonehead move destroyed a half year’s work of volunteers who raise salmon from eggs to smolts as nearly 3,000 coho fry died a horrible death, while outside in the stream, hundreds of naturally-spawned salmon fry, trout and crayfish were also killed.

The chemical that was dumped was so toxic, volunteers thought they smelled and tasted it hours after it slithered down the storm drain and into the creek.

Who did this and why?

No one knows for sure what the poison was although there appeared to be a smell of chlorine in the area, volunteers say. However, by the time investigators arrived on the scene the toxic sludge had already done its dirty work, and now it appears the polluter is going to get off scot free.

We hope they at least have a guilty conscience.

One plausible source may have been pool water that had been drained into a storm drain but with spring cleaning in full swing, any number of poisons could have been dumped down the drain by home owners.

This is the time of year when people like to clean up with soaps, deck cleaners, paint and other materials that, when in high concentrations, could be harmful to aquatic life.

In fact, the list of materials hazardous to fish is so long, according to information on the City of Port Coquitlam’s website, it would make the average homeowner worry because it’s easy to become careless when you’re in a hurry.

Here’s just a partial list of toxic substances that are commonly used and sometimes might end up in the storm drain and into your local creek: paints and solvents, cleaning products, automotive products and pesticides.

It could be argued that many of us have become complacent and are ignoring the yellow fish stamp next to our storm drains. Others may just be ignorant of the fact that these storm drains are supposed to drain rain water into the creeks, not be a toilet for your junk, including cigarette butts and litter.

But ignorance and complacency are no excuse. C’mon Tri-Cities — clean up your act.