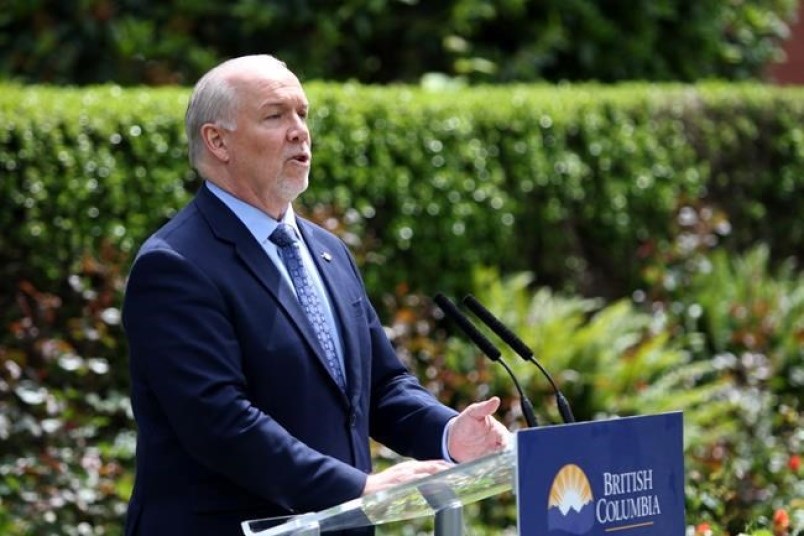 B.C. Premier John Horgan provides the latest update on the COVID-19 response in the province during a press conference from the rose garden at Legislature in Victoria, B.C., on Wednesday, June 3, 2020. THE CANADIAN PRESS/Chad Hipolito

Premier John Horgan has set tongues wagging with his musings last week about an early election call. He suggested there are three “windows” of opportunity to head to the polls (this fall, next spring, and the following fall).

It is not clear whether he was having some fun by toying with his political opponents or whether he was genuinely serious. (He can get a little over-enthusiastic about things.)

Put me in the camp of those who think he is not very serious about it. There are many reasons to take that view.

First, there is little evidence that the public is clamoring for an election. In fact, I think public opinion is just the opposite.

So many people are simply trying to hang on, both mentally and financially, during this pandemic. The thought of listening to politicians engaging in partisan rhetoric for 28 days (the length of a B.C. election campaign) likely seems like a foreign concept to most folks right now and a somewhat irrelevant one at that.

It is far from a scientific finding, but I conducted a “poll” on Twitter a few days back that asked people whether they favoured an early election or not.

The result was somewhat staggering and quite revealing: more than 2,500 people took part and 88 per cent said “no” to an early vote. Again, not scientific, but the sample size and the lopsided result should tell Horgan something.

It is also far from clear how an early election could be triggered anyways.

There is no “confidence vote” in sight before the vote on next spring’s budget. That is a long ways off.

Theoretically, Horgan could approach Lt.-Gov. Janet Austin and ask her to dissolve the legislature. However, under what pretext could he do that?

Several factors could possibly lead Austin to refuse any such request:

- The next election date is already enshrined in legislation (October 2021).

- The NDP government has a signed agreement with the Green Party that ensures the legislature can function with “confidence.”

- Even though Dr. Bonnie Henry says public health is working with Elections BC to ensure that any election is conducted safely, it is far from clear whether we have reached an accepted safety level.

Although a lieutenant-governor only seeks advice from her First Minister (the premier), she is under no obligation to follow it. Her top priority is ensuring the legislature functions, which it is doing quite nicely (thanks in no small part to that deal with the Greens).

Although technically a minority government, the NDP government has been acting as if it was a de facto majority government. There is no demonstrated need that somehow it needs a few more seats, as if that would provide more stability.

The B.C. Liberals have shown they are not going to stand in the way of many government initiatives connected to coping with the pandemic. So an early election, which both the B.C. Liberals and B.C. Greens oppose, is not really required to fix any particular problem.

The Horgan government has justly won well-deserved praise for its handling of the crisis caused by the pandemic. It would be a shame if that were to be replaced by a view that a contrived early election call would be seen as needless and reckless, and designed purely out of self-interest.

Keith Baldrey is chief political reporter for Global BC. Keith.Baldrey@globalnews.ca