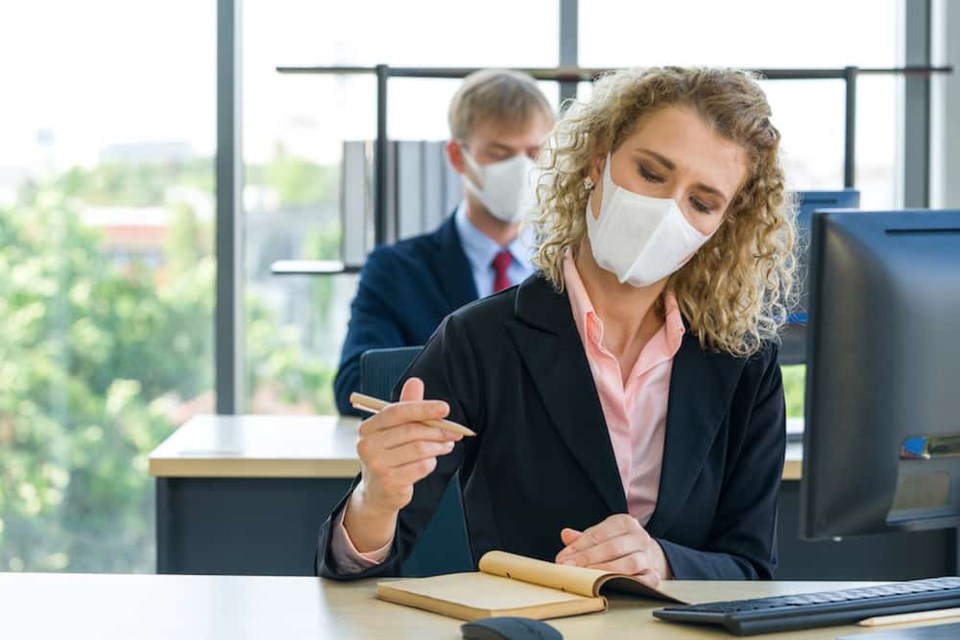 Provincial health officer Dr. Bonnie Henry made a startling statement on Thursday that I wanted to highlight in regards to where people are coming into contact with COVID-19.

It turns out that lunch at work is a big culprit.

There are all sorts of interactions that have been blamed for the spread of the virus, including family gatherings such as weddings.

During Henry’s press conference on Thursday, she made a point of saying that fitness clubs and restaurants are very safe places to go due to extensive precautions taken by those who run them.

Then she talk about workers having lunch together as being a big problem.

Here’s what she said:

“What we have seen is absolutely workplaces, where we have seen quite large clusters in workplaces sometimes, and it’s the workers — it’s not the interaction with the public,” she said. “It’s the people having lunch together or in the break rooms, or we’ve had a couple of larger breaks in food processing plants and some light industrials, some of the packaging and shipping — whether it’s Amazon or Canada Post — where people are working in warehouses but they have their breaks together in a room, where they’re eating and talking together or they’re carpooling together.”

That is a sobering statement that hopefully people will take to heart and adjust their behaviour. Sure, it’s nice chatting with your work buddies over some grub – I definitely miss that while working from home – but it’s not worth getting infected over and possibly passing along to your loved ones.

As for places that are doing well, Henry said this:

“It’s all of the above, except gyms — and we do monitor this quite carefully. And since we put in the additional restrictions and the number of places, we are not seeing transmission in those places. We very rarely see transmission in restaurants, when the safety precautions are being followed appropriately in restaurants.”

So it’s OK to eat out as long as you check that your local restaurant is following the precautions.