OPINION: This Canadian airport was a troubling COVID-19 'gong show' 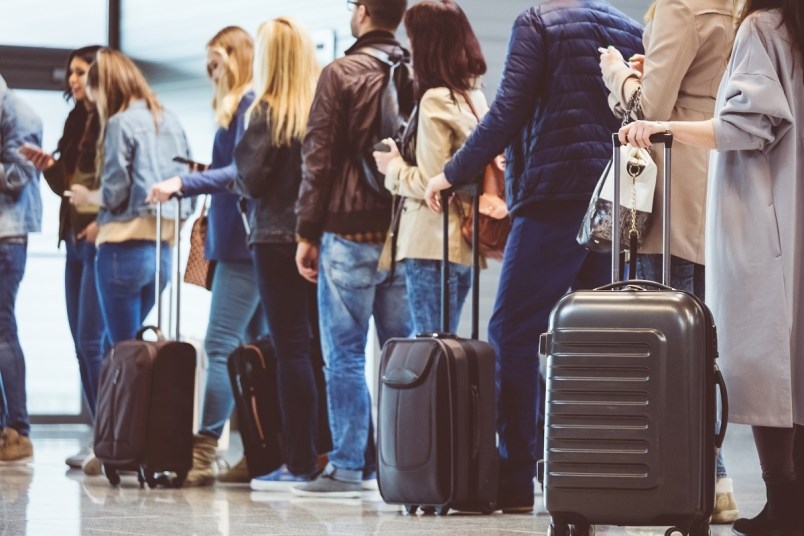 As we continue to ease off COVID-19 restrictions and begin activities such as travelling, the issue of safe airline travel is emerging as a key public health issue.

Both Dr. Bonnie Henry and Health Minister Adrian Dix have expressed concerns about airlines now selling every seat on a plane and no longer keeping middle seats empty to better facilitate physical distancing.

They have also been critical of some airlines’ poor recordkeeping when it comes to passenger manifests. Public health officials will have reason to find passengers quickly if there is an outbreak aboard a flight.

People are getting on board planes right now while they have the virus and that’s concerning. Already this month, seven domestic flights in or out of B.C. have had at least one case of COVID019 on board. Since the pandemic began, there have been 74 domestic and international flights arriving or leaving B.C. with the virus aboard.

This past weekend, a family member and her friend flew from Toronto to Victoria and took notes, snapped pictures and shot video of what they encountered. Let’s just say that what they saw was not a good example of keeping things as safe as they should be.

At check-in at the Toronto airport, there were stickers on the floor to suggest physical distancing, but they were ignored for the most part.

People actually stood between the stickers, seemingly oblivious to why they were even there.

The family member was asked whether she had any COVID-19 symptoms. Her friend was not asked anything. Neither of them had their temperature taken and no contact information was collected.

Boarding commenced with no physical distancing being enforced. Dozens of people lined up in close quarters as if this was normal times.

The plane was full, which meant no physical distancing at all. The middle seat in each three-seat section was sold, so everyone was pretty well within a foot of the next person.

At least everyone was wearing a mask, although my two sources say they were never actually told during any part of the flying process to wear one. Some, however, were not wearing their masks properly.

Deplaning after landing was the usual practice of everyone standing up together, reaching over each other for baggage. They then slowly walked off in very close quarters.

The baggage claim was the usual gong show, they told me. Everyone was huddled close togethere and reaching through the crowd to grab their luggage.

What my family member and her friend found most surprising, and more than a little troubling, was the lack of guidance from both airline and airport employees. It was every person for themselves.

Dix told me he is concerned about the situation involving airlines and the flying public.

“Physical distancing saves lives,” he said. “It is hard to do at the best of times, let alone inside an airplane.”

The airlines and airports clearly need to do better. One bad virus outbreak associated with just one flight could be a disaster for an industry trying desperately to get back on its feet.

A belated shoutout to the good people who work for the Hansard services at the B.C. legislature. Last week’s column congratulated everyone associated with getting the virtual legislature up and running except for those folks at Hansard, who actually did all the magical technical work to make it all possible. So kudos to them.

OPINION: Vancouver Park Board could have legalized drinking in parks this year
Aug 9, 2020 4:29 PM