OPINION: How the Liberals paved the way for the Bloc's return

Bloc supporters react as results come in on federal election night in Montreal. THE CANADIAN PRESS/Graham Hughes The Liberals launched the election with high hopes for Québec. After all, their 2015 victory hinged on securing 40 seats in the province.
0
Oct 24, 2019 11:03 AM By: V.I.A. 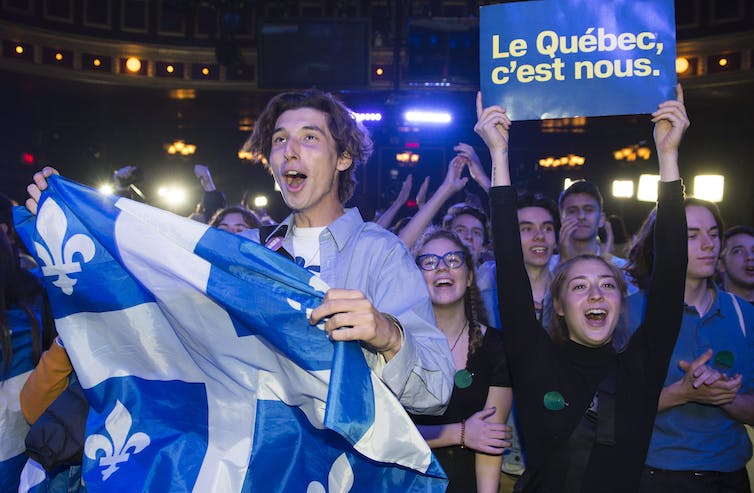 The Liberals launched the election with high hopes for Québec.

After all, their 2015 victory hinged on securing 40 seats in the province. When the election was called, polls indicated that Liberals could count on the support of 36 per cent of voters in the province, 15 points ahead of their closest competitor.

Some polls suggested they could win 50 seats under such conditions. If this scenario had taken place, the Liberals would have a majority today. Instead, those hopes were dashed by the triumphant return of the Bloc Québécois, lead by Yves-Francois Blanchet. 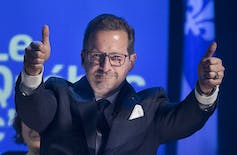 Blanchet gives a thumbs up as he speaks to supporters on federal election night. THE CANADIAN PRESS/Graham Hughes

Trudeau’s frequent remarks about Doug Ford and Jason Kenney were among the most notable examples of this strategy. However, it didn’t resonate in Québec.

That’s because in 2018, Québecers elected a (small-c) conservative government that maintains a high level of public approval in the province.

A June 2019 poll suggested François Legault was the second most popular premier in Canada at the time. In contrast, Ford was found to be second-to-last. This suggests the Liberal strategy may have been effective in Ontario, but was unlikely to yield much support in its eastern neighbour.

The Liberal platform did not reflect Québec’s needs

A second point touches the main issues promoted by the Liberal platform. The principal issues of the election related to provincial jurisdictions or to programs that already exist in Québec. For instance, the carbon tax proposed by the Liberals does not apply to provinces that have equivalent environmental plans, including Québec.

Pharmacare, a program put forward by both the Liberals and the NDP in 2019, also already exists in Québec, which provides a public drug insurance scheme to its residents. These proposals failed to generate enthusiasm in Québec, as they only duplicated policies that were already enacted by the provincial government.

They also provided fertile grounds for the Bloc to portray the Liberals as encroaching on provincial jurisdictions, drumming up support in the process.

Other Liberal promises could have an impact on Québec, but are not as crucial as they are in other provinces. This is the case regarding housing promises. They can certainly play a role in Québec, but they aren’t as sorely needed as they are in competitive markets like Toronto or Vancouver.

A similar argument can be levied at the promise to further restrict or ban guns. After the elimination of the federal gun registry under former Conservative prime minister Stephen Harper, Québec created its own provincial gun registry, guaranteeing a degree of provincial oversight over firearms in the province.

These statistics suggest that promises regarding gun control may have reflected the priorities of other provinces as well.

Finally, Québec Premier Legault presented to the federal leaders a list of requests from his government. 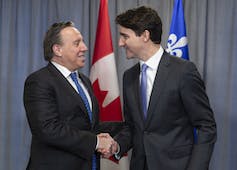 The list included full powers in immigration, leaving Bill 21 intact, expanding the application of Bill 101 to businesses under federal regulation and a single tax declaration managed by the Québec government. In response, Trudeau proved evasive, though he eventually expressed his willingness to intervene in the courts in the matter of Bill 21.

While Trudeau did not directly address the matter of a single tax declaration during the campaign, he opposed its creation in February 2019. While he stated he would collaborate with Québec on the matter of immigration, he provided few details. Finally, the Liberal platform does not contain any commitment regarding Bill 101 and businesses under federal jurisdiction.

In short, the Liberal campaign focused on premiers from other provinces, promised initiatives that already exist in Québec, offered other pledges that did not fit Québec’s needs and evaded requests from the province’s popular leader.

In the face of such a platform, many Québecers deserted the Liberals and cast their vote for a party dedicated to protecting the interests of their province.

[ You’re smart and curious about the world. So are The Conversation’s authors and editors. You can read us daily by subscribing to our newsletter. ]

This article is republished from The Conversation under a Creative Commons license. Read the original article.