Opinion: The emergency that won't go away 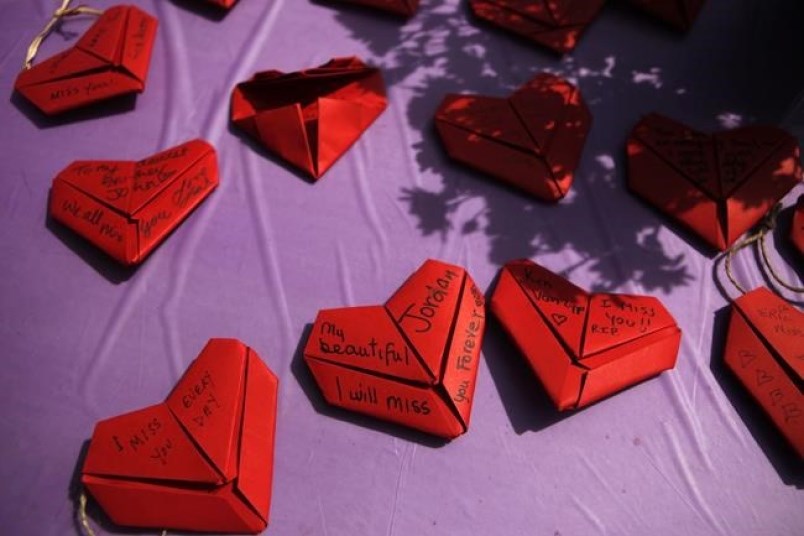 Heartfelt messages are left on a table as people come out to mark International Overdose Awareness Day during a mass group naloxone training seminar at Centennial Square in Victoria, B.C., on Saturday August 31, 2019. nbsp;When British Columbia's provincial health officer declared an emergency into the overdose crisis five years ago, he said it was because those who died deserved more of a response. Since then, Dr. Perry Kendall says roughly 7,000 died unnecessarily. THE CANADIAN PRESS/Chad Hipolito

If moving rhetoric and empathy could solve the opioid overdose crisis, it would have vanished years ago.

There were more utterly sincere speeches and heartfelt expressions of compassion Wednesday in the legislature about the crisis. But here we are, marking the fifth anniversary of the public-health emergency that has gotten worse every year since it was declared.

Former provincial health officer Dr. Perry Kendall made the unprecedented declaration five years ago Wednesday, after opioid overdose deaths climbed to 470 in the previous year, and several dozen people a month were dying. To ring the alarm as loudly as possible, his announcement warned that “at the current rate in 2016, without additional steps to combat overdoses, B.C. could see 600 to 800 overdose deaths this year.”

The initial intent of the declaration was to streamline internal reporting of overdose data, to help grasp the scope of the epidemic and to focus public attention on the mounting horror. It succeeded somewhat in that respect, but it hasn’t made much of a difference in reducing the lethality of the epidemic.

There’s something more troubling than the lack of impact the declaration and all the resulting speeches has had. It’s that substantial investments and dozens of specific ground-level service enhancements haven’t made an appreciable difference either.

There are very few positive indicators. There are 23,000 people now being treated for opioid addiction, the highest ever. And the count of deaths averted is now 6.000 in the last three years, although that is just coping with a crisis, not solving it.

The money and all the measures taken to combat the growing number of fatalities flowed naturally from the public attention. Once a government declares an emergency, it’s obliged to do something about it. So it’s discouraging to note how the fatality count climbed despite the sustained effort by two different governments to make a bigger impact.

Any issue turns partisan if you talk long enough about it. The opposition is obliged to criticize the government and the government has to defend itself by firing back. But it’s futile to try to discern whether the B.C. Liberals or the NDP did more to deal with it. They’ve changed sides, so both groups know the political arguments are completely empty. Both governments have relied on the same medical advice to do whatever they feel they can.

There have been about 230 news releases since the emergency was declared devoted all or in part to the overdose crisis. They listed numerous new ideas to deal with the crisis and none of them have made much of a difference.

The most optimistic outlook you can take is that the measures were just beginning to slightly subdue the death toll when COVID-19 hit, and made everything worse again.

Kendall said Wednesday that the pandemic has shown how governments and people can mobilize and achieve incredible things. “It has also revealed a sadder truth – some dangers evoke more community concern than others. There is a stark and dreadful contrast in how we as a society have responded to the two public-health emergencies.

“2021 is the year to stop temporizing and take the necessary steps to put an end to this tragedy.”

There was renewed emphasis this week on the idea of decriminalizing possession of small amounts of hard drugs to remove the stigma that may be stopping people from getting help.

But that has been kicked around for years, and even if the provincial and federal governments could manage it, that would just recognize what is already the case. When Kendall’s successor, provincial health officer Dr. Bonnie Henry, suggested it two years ago, Victoria Police Chief Del Manak supported it and acknowledged: “I dedicate zero resources to minor drug possession.”

The charge is only used as a stopgap when there isn’t enough evidence to charge suspects with whatever offence is at issue.

The death toll is the end result of an insatiable drug appetite that can afflict and consume anyone. It’s fed by a global criminal conspiracy that stays well ahead of law enforcement. It would take resources on a scale that’s hard to imagine to make a difference.