OPINION: When did we stop thinking that prisoners were people?

B.C. prisoners with symptoms or a diagnosis of COVID-19 are being given the most inhumane treatment our justice system knows
Apr 20, 2020 1:29 PM By: Kyla Lee 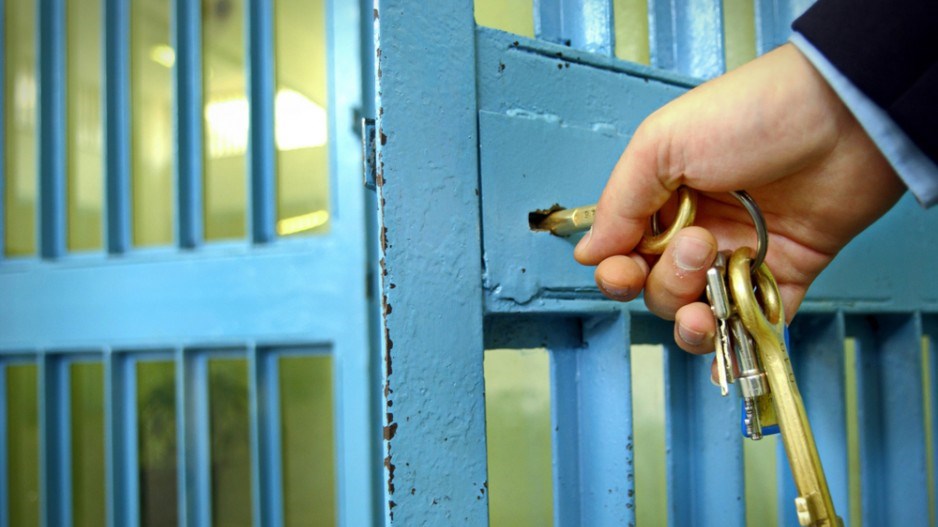 Mission is now home to the largest outbreak of COVID-19 in any correctional facility in Canada. Photo: Jail/Shutterstock

According to a recent CTV News story, prevention measures in the Mission Institution, a federal corrections facility, lagged well behind the rest of the country.

Mission is now home to the largest outbreak of COVID-19 in any correctional facility in Canada, with 70 cases at the time of writing. Of those, 60 cases are among the inmates while another ten are from the Corrections officers themselves.

The timeline in Mission is grim. Messaging about monitoring inmates for COVID-19 symptoms did not officially begin in the prison until March 25, 2020. Inmates continued to work in the kitchen until April 1, 2020, and physical distancing was not required in common areas until April 2, 2020. Meanwhile, corrections officers were not given a proper supply of PPE until April 8, 2020.

Amidst all of this, there were loud cries from the criminal defence bar, the Canadian Bar Association, and prisoners’ advocacy groups to release non-violent offenders.

The CBA sent their request before Mission Institution even began monitoring prisoners.

But these requests fell on deaf ears.

Even the courts acted — and continue to act — slowly, in the face of this obvious breeding ground for bacteria. Crown Counsel in bail hearings routinely argue that to release a person on bail, as opposed to detaining them in jail would present greater risk of catching COVID-19. They rely on the fact that although COVID-19 is present in the federal institutions, there are currently no recorded cases of it in pre-trial centres. And judges are accepting these arguments.

This is an illusion of safety.

But the reality of how COVID-19 is being addressed in prisons appears lost on most people.

Inmates are being denied showers for days, only fed twice a day, and placed in isolation cells.

For those who test positive or show symptoms, the self-isolation is akin to solitary confinement. And that practice was ruled unconstitutional last year. Those in isolation have no access to cleaning supplies, soap, hot water, or any entertainment. It is a recipe for a mental
health deterioration.

Those who test positive, or those who show symptoms are not being given the medical care and attention and comfort they need to get well. They are being given the most inhumane treatment our justice system knows.

And let’s not forget that those who have caught this virus in prison were not irresponsible. They did not violate social distancing protocols, or dismiss the virus as nothing more than a regular flu, or protest emergency orders in the streets. These are people who were sentenced, and serving their sentences, prior to the pandemic. They caught the virus from Corrections Officers who unwittingly brought it in, because those officers were not being screened, tested, and given PPE.

They caught the virus because our society devalues the human lives of prisoners so little that no one took any steps to protect them.

And now they are dying.

Those that tried to protect prisoners - who advocated for early release, or unescorted absences, or transfer of inmates from prisons to hotels - they were dismissed as wing nuts, social justice warriors, and short-sighted. I had my share of Twitter debates about what security measures could be put in place to ensure prisoners did not reoffend.

Even when simple solutions to questions like “where will they go?” (house them in a hotel) were proposed, the naysayers found problems. What if they escape?Who will monitor them in the hotels? How will we pay for this?

But those naysayers never proposed a solution that would keep prisoners safe. At least, nothing more than putting everyone in lockdown. Which itself appeared to be a solution coming from those who knew nothing of what lockdown conditions are actually like. The proponents of the lockdown model of protecting prisoners relied on the mistaken assumption that prisoners were still permitted daily showers, were given access to basic hygiene supplies in their cells, and somehow - through some miracle - were not double-bunking.

This could not be further from the reality for those, now living in fear, without access to the bare necessities to protect themselves from this disease.

What those who oppose releasing prisoners or relocating them to more sanitary and safe conditions are really saying is simple: because you committed a criminal offence, you do not deserve to be safe from this virus.

People are concerned about releasing offenders because they may reoffend. And while that might be a legitimate concern for some offenders, the reality is that there are a large number of people in jail who pose no risk of reoffending in the current circumstances.

Think about those who are serving sentences for impaired driving causing death or bodily harm.

If released, they would be prohibited from driving. In all likelihood, they do not have access to a vehicle. Appropriate release conditions can be placed on these individuals to prevent their access to drugs or alcohol. Or people who are in prison serving sentences for offences committed as a result of an untreated or undiagnosed mental health condition or to support an addiction.

And - like it or not - there are people who are in prison who are innocent. This is a reality in our justice system. Many people plead guilty because they cannot afford a lawyer and do not want to risk a trial. Many plead guilty because they are offered a plea bargain that is too good to turn down. And, unfortunately, innocent people are convicted of offences they did not commit.

Our system is not perfect. And its imperfection is a mirror of its humanity, because humans are imperfect.

But, imperfect though we are, humans are creatures with precious lives. All of them. And that includes people in prison.

It’s time we start remembering that.