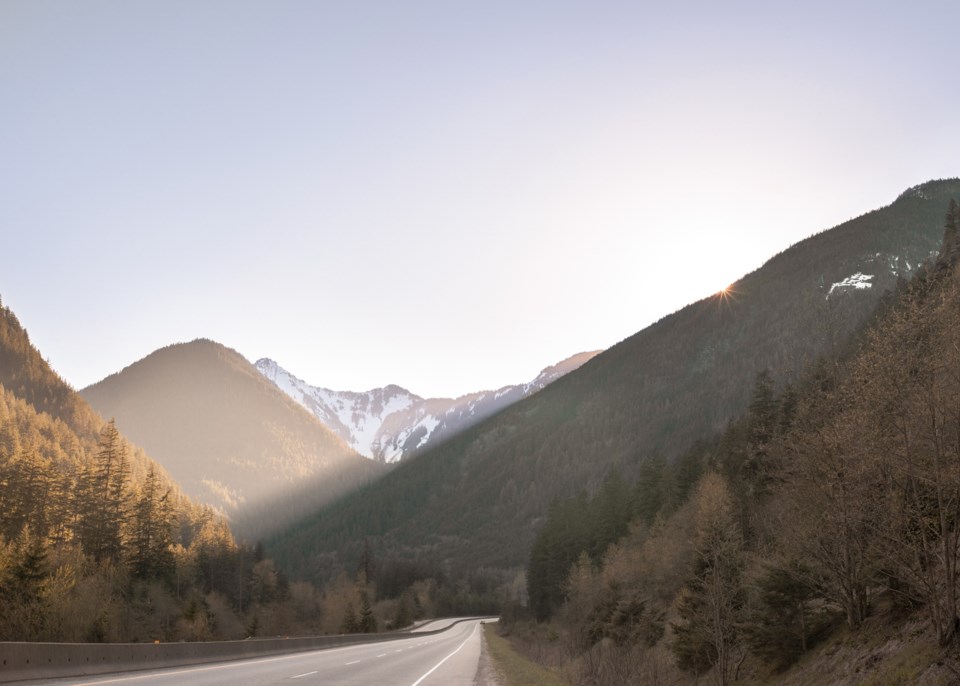 B.C.'s new travel restrictions are in place until May 25.Robbie Down on Unsplash

Maybe in a few weeks they’ll find some good statistical trends in the regional COVID-19 case counts and credit them to the travel restrictions announced last Friday.

But in the here and now, it looks like those enforcement measures have more to do with the public hunger for some kind of crackdown on those ignoring the pandemic. Whether they will curb the virus is debatable, given the reasonable level of compliance that officials have already noted. (BC Ferries traffic this week was running at 50 per cent of the pre-pandemic level. Monthly traffic counts at Chilliwack and the Coquihalla are down slightly from 2019 levels, according to transportation statistics provided Friday.)

The difficulties in enforcing the regime until it ends May 25 are going to involve a considerable outlay of time, money and effort. The payoff will be hard to determine.

The rollout didn’t inspire much confidence. The warning that the restrictions were coming was issued Monday. So the measures were under consideration for some time prior to that.

Farnworth opened his news conference with tough talk about the regretful need to start enforcing the recommendations and said it would commence instantly.

But he ducked a few questions about the details, saying they would come this week.

If you’re going to impose a major new enforcement measure instantly, you should be able to explain more than a general outline of how they’re going to work.

They are in such a rush to look tough, they are threatening measures that still have to be fully designed.

What was offered Friday was a description of the overall thrust of the measures. They amount to a loose cordon around three regions — Vancouver Island, the Lower Mainland and mainland B.C. northeast of Hope.

There are now two different travel regimes in place. The overarching idea is stay home, period. Flowing from that, travel within a region is discouraged, but not policed.

Travel outside your region will be subject to spot checks. Drivers will be turned back or be subject to a $575 fine if their reason for travel doesn’t conform to the emergency order.

And there’s still no explanation as to why the more rigorous enforcement doesn’t apply at the Alberta border. Travel in or out of the province was specifically exempted from the essential-only requirement in the cabinet order. The only change at the Alberta border will be more signage discouraging entry to B.C.

But out-of-province travellers can still go to any part of that newly stipulated mainland region without fear of a fine. The reason for the light touch at the provincial border is a legal opinion the government obtained weeks ago that, as of Friday, is still considered confidential.

Farnworth said details on how exactly the road checks will be conducted won’t be available until this coming week. “It’s not arbitrary or random, and it’s not roadblocks. It’s periodic checks … at key strategic points.”

He hasn’t met with a police association that raised concerns about how they were supposed to implement the measures, but said he has been consulting with police chiefs on the processes.

“Details on the delivery will be made next week.

“I want to make sure it’s done right.”

He said he wanted to avoid Ontario’s situation, where it cracked down then retreated on certain measures.

Friday’s outline did not mention aviation.

There are 19 types of trips that qualify as essential, most of them obvious.

Apart from the highway measures, there is a concerted effort to cancel most types of bookings. Hotels and motels will decline new bookings from people outside their region, and cancel ones made earlier. Those are industry measures, not the law, as they are not specified in the cabinet order.

BC Parks is cancelling out-of-region campsite bookings for the period up to May 25.

Opposition Liberals spent Thursday nagging the government over confusion about the travel restrictions. Friday’s announcement was supposed to clear it up, but there’s still a way to go before it’s all in place.

At the moment, it looks like a measure designed to placate people who are already following the rules and are annoyed at those who aren’t.