OPINION: People are panic buying guns and ammo in B.C. in fear of the Emergencies Act

It's not just happening in the U.S.A.

Walking into a big-box outdoors store on a Wednesday afternoon is typically a fairly mellow affair, but this week was a different story. At least in the guns and ammunition department.

Nearly twenty other customers buzzed around me as I eyed the emptying shelves for the bullets and shells I was looking for.

As I resisted the urge to scratch my cheek I overheard one person laugh, "Everybody's buying ammo!". And they were.

When I got to the checkout counter I made small talk with the young man who was ringing up my modest packages of .22 calibre bullets and 20 gauge shotgun shells.

"Since the kid's not going back to school I figured I'd take him out to do some target practice," I said.

His response was "Well that's a better reason than most people right now!" and continued to tell me that the store had been busy for the past few days, mostly because people were buying up large amounts of ammunition.

As he explained it, the general consensus among customers he's seen stockpiling is that they're afraid the Emergencies Act (which replaced the War Measures Act in 1988) is going to come into effect due to the COVID-19 outbreak, and that for some reason they then won't be allowed to buy guns or ammunition.

As a law-abiding gun owner who knows that most people who have registered firearms and who shop at places like this aren't crazies, his comments and the scene in the store still raised my eyebrows.

It's not the beginning of hunting season, which begins in the fall. In fact some of the only animals open for hunting in the Lower Mainland right now are snowshoe hare, skunks (yes, skunks!) and coyotes. And nobody hunts those.

A rush for ammunition seemed odd.

So I decided to see if maybe this was just a Wednesday-afternoon-at-the-big-box phenomenon. An anomaly.

As it turns out, it wasn't.

I called a small gun store in Vancouver and enquired about if they were running low on stock, and the employee told me they weren't but that the amount of business they're getting is "kinda bonkers right now."

I walked into a small gun store in the Fraser Valley and asked if they'd seen an uptick in sales.

While running a customer through, the owner exclaimed "I've sold so many fucking guns in the past week. This place has been packed since Thursday."

You may have read the articles about there being lineups for guns in cities in the U.S.A. this week. They're not that surprising as it seems that pretty much any sort of emergency or crisis south of the border triggers a buying panic for guns, but this is the first time in my lifetime I've heard of it happening up here.

Are we turning into our neighbours to the south?

I'm not sure. But we are certainly living in strange times. 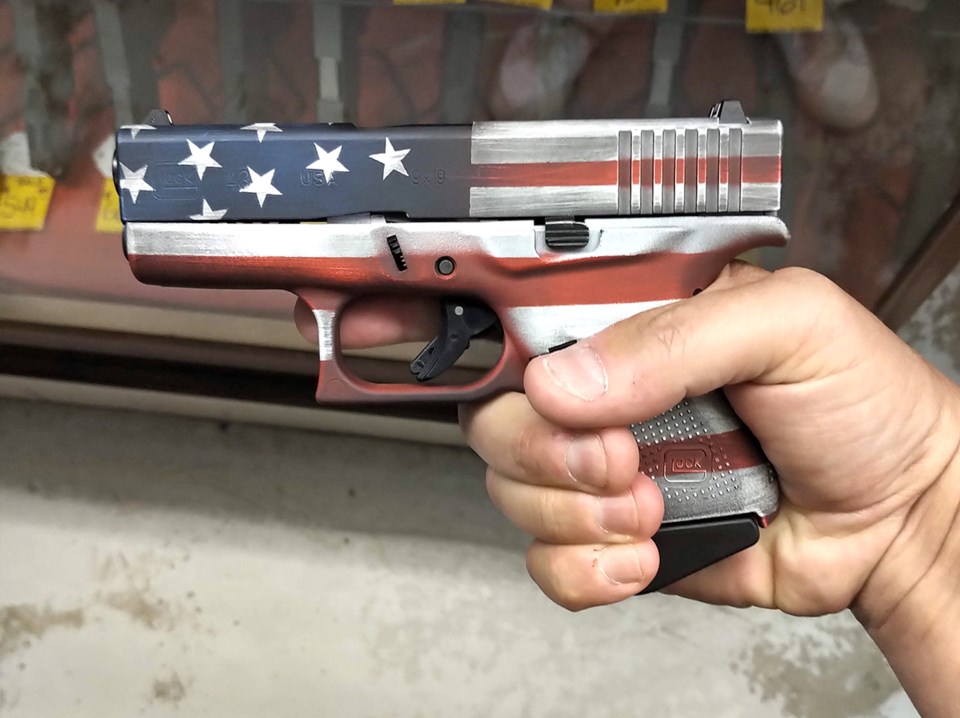 Are we turning into our neighbours to the south? Photo Bob Kronbauer

Les Leyne: NDP cuts off debate on major legislation, contradicting calls for scrutiny when it was in opposition
Nov 25, 2021 10:00 AM