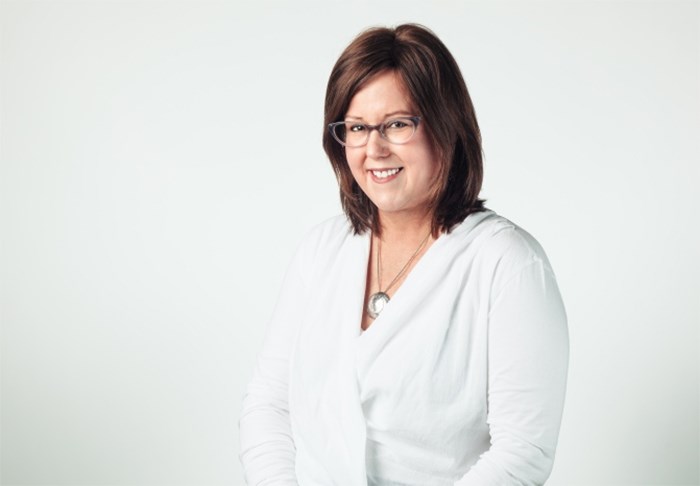 It was an interesting year for me penning our new semi-regular feature, "Vancouver's Stupidest Politics Column". Pulling no punches, I wrote some silly crap but also some serious pieces digging into politics in our city.

I exposed a weakness in the Greens' vetting process, and the mayoral candidate with the Hitler moustache accused of sexism and racism. I flustered Hector Bremner with a question regarding his "mystery" billboards, and told you about the upstart party that staged an odd protest to save the viaducts.

My original intention with this column was to simply bring awareness to the fact that a municipal election was even happening in 2018. Post-election, it's now about local politics in general.

I've been told to "fuck off" more than a couple times as a result of my writings here. Sometimes to my face but mostly over the internet, often by people who would be better off if I didn't share truths about them and the parties and ideas they associate themselves with. Some just don't agree with my opinions, which is more than fair; it's called the "stupidest" for more than one reason. It is pretty stupid. I can be an idiot.

After more than two decades in publishing I'm used to being on the receiving end of hate and generally let it pass, however I wanted to share something that a former Vision Vancouver school board trustee decided to tell the world right before the Christmas holiday.

Out of "kindness", Patti Bacchus decided to tweet that she thinks I need to take time off of work and seek professional help: 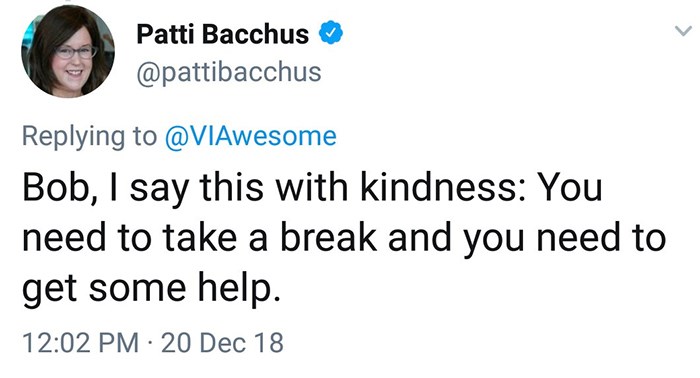 Bacchus served for three terms before being fired with the entire school board for playing politics and refusing to balance their budget, and was confirmed to have bullied staff after an investigation. She now fancies herself a martyr for education, often firing shots on Twitter.

Her tweet saying that I "need to get some help" was in response to a stupid t-shirt that we released then took down because it was... well... not one of our best.

I say "we" released it because it's a team effort over here. Vancouver Is Awesome is owned by Glacier Media, and there are more than a handful of employees who work together to produce everything you see from us. It's like a democracy, if you will.

When you look at things through Patti's eyes I suppose it's easy to see me as some sort of deranged lone wolf;

In her world there exists only one: Lord Patti. Since Patti is the smartest Patti comes up with all of the ideas and Patti then sends them hurtling out into the world and ultimately Patti reaps the glory and accolades for all of Patti's unbridled brilliance. Sometimes Patti does really kind Patti things for people like letting the internet know she thinks they are mentally unwell.

Here's a peek into that view, posted publicly on Facebook earlier in the month: 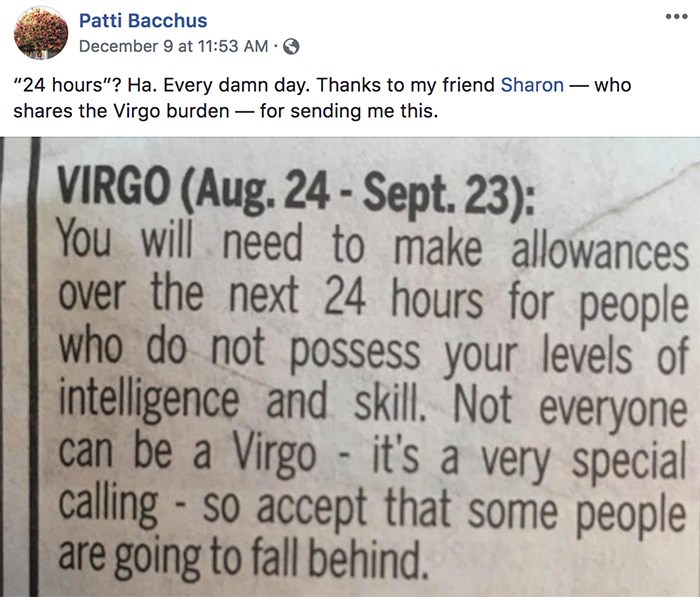 Vancouverites elected Bacchus three times under Vision (R.I.P. and good riddance to that party), but perhaps in the future Vancouver deserves more humble and kinder people representing us? Ones who value the hardworking voters of this city and don't view themselves as Gods ruling over simpletons who toil far below them, but rather as servants of the people and their collective values.

So I say to Patti Bacchus: you need to take a break (from politics, and Twitter) and you need to get some help figuring out what line of work you actually belong in. You might want to work on figuring out the definition of "kindness" as well, because it mostly doesn't involve bullying.

To our readers: I promise you that in 2019 I'll continue to work to expose bullshit from people involved in local politics, and I hope to not have to write myself into many more columns like this one. I refuse to let attacks shut me up, though I expect to see many more along the way (watch the comments around this very piece, for starters). I apologize for nothing when writing about the people we elect to serve us.

I also promise that we (WE) will continue to cover the great things that elected officials and the people who surround and support them are doing for our city. I'm hopeful for the future of Vancouver, and our team does an amazing job of keeping you informed about the good and the bad happening here every day.

Thanks for continuing to follow and read our publication, Like and comment on what we share on Instagram, watch our history TV show, and buy our t-shirts; it's a team effort, but this stupid politics column of mine is unabashedly full of my own opinions, informed by years of following politics closer than most.

Happy New Year. I hope you enjoyed the fireworks.