Mental health of VSB staff deemed to be at risk due to potential actions from former trustee
Oct 1, 2020 6:17 PM By: Bob Kronbauer 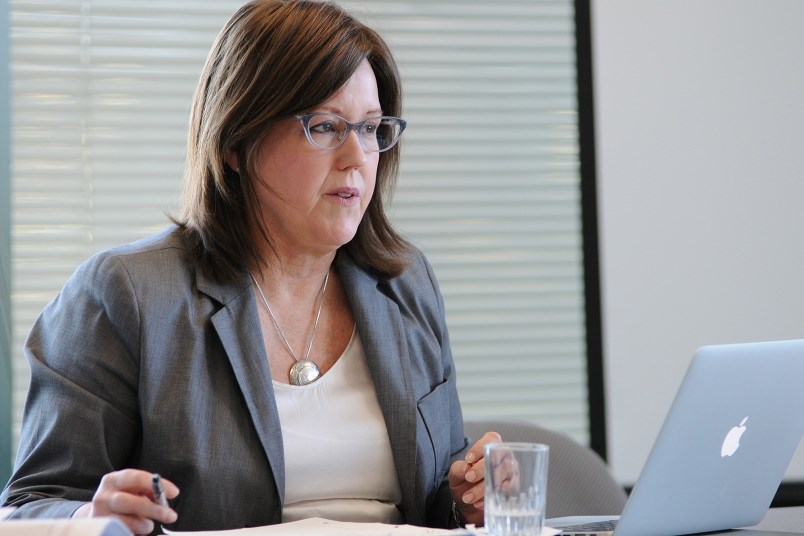 B.C.'s Office of the Information & Privacy Commissioner has just released an Order which shines a light on how, more than three years after being fired, former Vancouver School Board trustee, Patti Bacchus, is still haunting the staffers she bullied while in office.

Released on September 22nd, 2020, the Order was authored by an adjudicator, Layli Antinuk, who headed up an inquiry related to a matter involving an applicant trying to gain access to the confidential notes contained in a 2017 investigation.

The Order doesn’t name the applicant, but Glacier Media has cross-referenced information in it, confirming that it was former Vision Vancouver trustee Patti Bacchus. Some of that information is contained in the tweets shown below, which are quoted within it.

The inquiry was launched after Bacchus made a request for documents under the Freedom of Information and Protection of Privacy Act. She was seeking specific information from the 2017 Vancouver School Board investigation which deemed that she had harassed and bullied school board staff. It was one of two investigations that ended up with the same conclusion; the other was conducted by WorkSafeBC.

The information that she sought included the details of interviews given by VSB staff members who claimed they were fearful that she would exact revenge on them, should she get her hands on it.

In the Order it’s noted that the VSB expressed concern over the impact that “[Bacchus]’s behaviour had, and continues to have, on their personal and professional lives and their mental and physical well-being. The School Board’s affidavit evidence shows that many witnesses had to take sick leave or stress leave and others left their employment in order to avoid having further contact with the applicant.”

In her application, Bacchus innocently claimed to be writing a book about the BC Liberals and their time in office, and that she needed the now-historical notes from the investigation to help inform her research.

However, according to the school board, she has “continued to engage in an ongoing pattern of intimidating conduct since her removal from office” and continues to “unfairly characterize School Board staff who brought forward complaints of bullying and harassments as weak and overly sensitive.”

The adjudicator noted that the former trustee still calls some of them the “sick leave six” on social media, that she's said they have “delicate feelings”, and that she doesn’t think the feelings and emotions of the witnesses are relevant to whether or not she should view the confidential notes from the investigation.

They went on to say that “In my view, the applicant’s [recent] twitter activity and her [recent] news articles [columns written by her and published in the Georgia Straight] suggest that she will likely continue to use the public forum to express her displeasure with, and criticism of, anyone who participated in the investigation.”

The Order rightly denied Bacchus’ request, concluding that the VSB staff members’ very real fears of retaliation were founded. The adjudicator agreed that “disclosure [to Bacchus] will threaten the mental health of the witnesses,” who participated anonymously, and who were previously bullied and harassed by her.

The history has been written. It’s time for Bacchus to accept the facts, move on, and let these poor people live their lives in peace.