Photo BRUCE STOTESBURY, TIMES COLONIST Recently, reports came out about a New Westminster police officer who was issued an Immediate Roadside Prohibition — an administrative penalty under British Columbia’s Motor Vehicle Act — for drinking and drivin
Kyla Lee May 22, 2018 8:15 AM 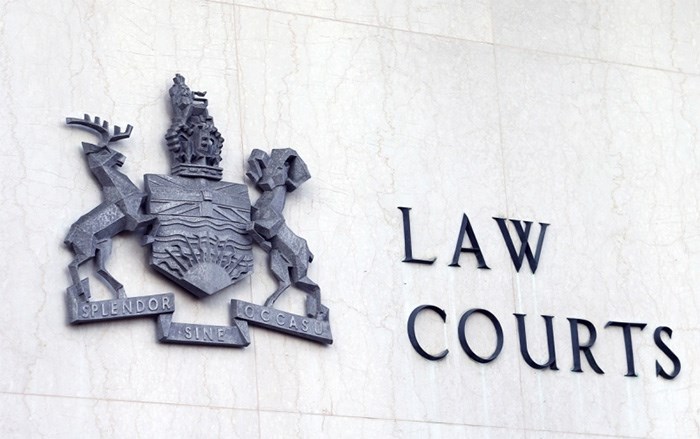 Recently, reports came out about a New Westminster police officer who was issued an Immediate Roadside Prohibition — an administrative penalty under British Columbia’s Motor Vehicle Act — for drinking and driving.

Although the officer was off duty at the time she received the prohibition, an investigation was launched under the Police Act, the legislation that governs discipline of police officers in British Columbia. Ultimately, the officer was found guilty of “discreditable conduct.”

Where this case gets very interesting is in how the police officer was penalized. The recommendation from the New Westminster Chief Constable was that she be issued a written reprimand and a pre-hearing conference, which would essentially amount to a warning not to do it again. The Police Complaints Commissioner rejected that decision and referred the matter to an outside police organization, the Vancouver Police Department.

But this still was not enough for the Police Complaint Commissioner, who found that despite the officer’s impeccable service record and the fact that her duties did not involve traditional policing activities, she nevertheless ought to have been given a more significant penalty. The matter was then referred to adjudication, to be conducted by a retired Provincial Court judge, to determine what the appropriate penalty should be.

But is there not a distinction to be drawn between cases where the officer is issued an administrative penalty as opposed to a criminal charge for impaired driving? Commissioner Lowe takes the view that the officer plays an important role in the decision about who gets charged with criminal offences, including for impaired driving and that her conduct was a “significant breach of the public trust.”

Except the officer in this case was not charged with a criminal offence. She was not charged with any offence at all. The Supreme Court of Canada has made it very clear that an Immediate Roadside Prohibition is not an offence. And yet this officer is being treated as though she committed an impaired driving act that is the same as a criminal offence.

Police misconduct is absolutely something that should be taken seriously. And where police officers violate the law, their conduct should be scrutinized to a higher standard because of their close relationship to the law. But that nevertheless has to be considered in light of the context in which the law was violated.

If the officer had been criminally charged with impaired driving that would be one thing. But the officer here was issued a driving prohibition and had her personal vehicle impounded. The evidence necessary to prove a criminal case was not gathered. In order for an officer to conduct a roadside breathalyzer test — the test that the officer in this case failed — the standard is only that of a suspicion of alcohol in the body. The test is merely confirmation that the alcohol is there.

A Fail reading on a breathalyzer in this context can be assessed for reliability in a very limited way. There are no numerical results generated, so discrepancies between the number obtained and the behaviour and physical symptoms of the individual are not discernible. Calibration and maintenance evidence is limited. And false positives are common, as the devices are incapable of distinguishing between alcohol in the bloodstream and alcohol in the mouth.

Put simply, the results are not obtained in a scientifically valid way, and are not capable of rigorous scrutiny.

The officer who issued her the prohibition saw fit, on the basis of the evidence obtained at the time, to proceed with an administrative sanction rather than a more serious criminal charge for impaired driving. There is no suggestion that this decision was motivated by a desire to give some sort of a break to a fellow officer. Rather, it is what most people in her circumstance would receive. She was treated the same as others are expected to be treated in that situation.

And remember — she was given the prohibition in the context of her personal life. She was not affected by alcohol at work or while on the job.

Police are humans too. They are fallible like everyone else. And the mistakes they make, like the one in this case, should not absolutely derail their careers. You would not expect a doctor, a lawyer, a schoolteacher, or a realtor to receive a lengthy unpaid suspension from work. All of those individuals work in a capacity that relates to the public trust, and yet an administrative sanction while off duty does not cause these types of consequences.

So why are police treated differently?

If this behaviour had occurred while the officer was at work, I could understand the need for more severe sanctions. If it were a criminal offence where the evidence could be fully tested, I could see the justification in a lengthier penalty. But as we strip the administration of these offences of their procedures to guarantee fairness and a just result, disciplinary action against those who receive administrative suspensions needs to change as well.

It simply cannot be that the same penalty is given to an officer who had the benefit of a full criminal trial, disclosure, cross-examination, and a beyond a reasonable doubt standard of proof as is given to one who was punished under a process that lacked all of those basic elements of justice.

This is a consequence, perhaps, of speedy administrative “justice” overtaking the more carefully considered forms of justice we once knew. But it is a trade off that we must, as a society, be prepared to accept in exchange for a quick and dirty administrative scheme to address drinking and driving.

To punish anyone, including police officers, in the same way smacks of unfairness. And it is a process that cannot and should not stand.