Limiting our poorest community member’s time on a street, particularly during the night, would be a tactless and hurtful act that would put many of our fellow community members, in untenable circumstances that will likely see them fined…when they can least afford it financially and/or emotionally.
0
Nov 13, 2018 4:21 PM By: Burnaby Now 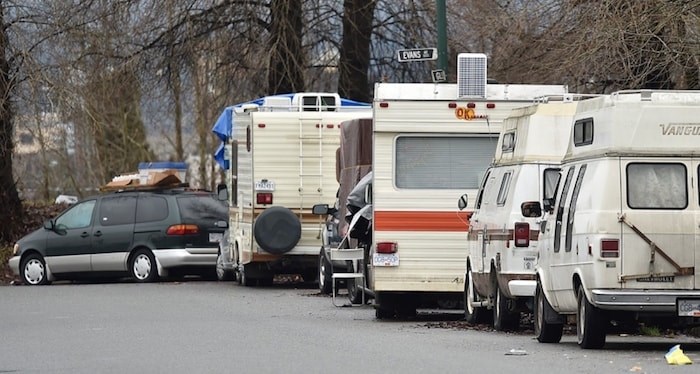 Re: City looks to put a stop to urban campers - Burnaby Now

I think that it is fair to say that the vast majority of British Columbians living in the Lower Mainland would prefer not to live in a camper on the street. So what leads a person, a couple or a family to live on the streets? In my humble opinion, the likeliest factor driving our community members to live in a camper is poverty. What else can you do when you have little or nothing left?

It seems to me that limiting our poorest community member’s time on a street, particularly during the night, would be a tactless and hurtful act that would put many of our fellow community members, from the lowest part of our economy, in untenable circumstances that will likely see them fined … when they can least afford it financially and/or emotionally.

And what about the children? At least some of our poorer community members are likely to have children. If a child, living in a camper, is school age, then where does s/he attend school? The poorest of our community members with children should not be required to move out of a Burnaby School District, or any city’s school district for that matter, when they have children residing with them and attending school. That way all members of the family can maintain friendships and build a better support system.

Our new mayor Mike Hurley made it clear throughout his campaign, and after being elected, that he would develop better ways and do so much more, to help the poor and the homeless. The question to be asked then is “How does chasing the poor campers off of our streets serve to achieve Mayor Hurley’s campaign promises?” The answer is that any program to move poor campers off of our streets is one that flies in the face of Mayor Hurley’s promises to the poor.

If you were placed in a position where you were poor and had to live in a camper on an urban street, “wouldn’t you want to retain a little of your dignity?” Wouldn’t you want to be at peace knowing that the police/bylaw officers will not try to remove you and fine you? Wouldn’t it be better for members of our community, or any community for that matter, to help out our campers with food and other support rather than attempting to have them driven from our city?

Maybe by relieving the pressure on campers to move out of the city, we will see other homeless people moving out of the cold, wet outdoors into, for example, a small camper capable of providing a bed, a desk, a small fridge and stove, and a small bathroom? I am talking about a trailer that would keep the person warm, dry, and clean. With the help of members of the community, we could also keep our poor well fed.

Instead of treating are poor as threats to our community, maybe we can work together as a community to make our poor feel welcomed and cared for.  Maybe we could produce a map that sets out those streets, avenues, parks, etc. where urban camping is permitted? Let’s replace the cycle of fining the poor campers with a cycle of care and concern.

Editor’s note: Burnaby city council and Mayor Mike Hurley have not approved the proposal put forward by the Public Safety Committee. It will likely come up during a future meeting.