The Green Party and the NPA have both made boozy promises leading into the 2018 election in Vancouver. From drinking on public beaches in parks to making alcohol widely available in stores, there are a number of issues on the table.
0
Sep 19, 2018 11:45 AM By: Bob Kronbauer 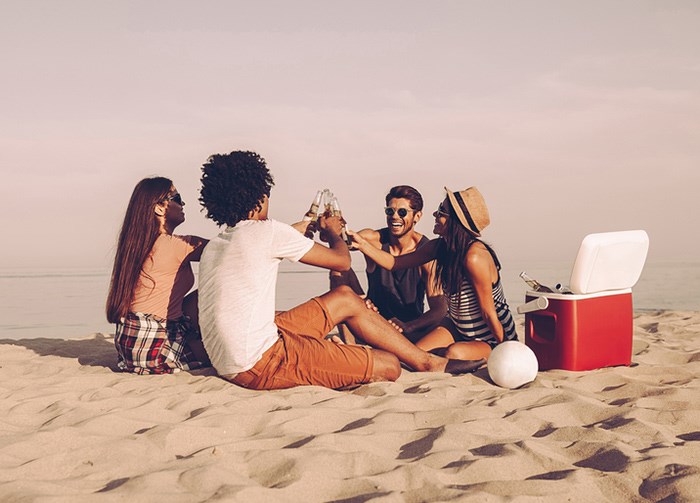 If you like booze you might have a few reasons to vote in the upcoming election. Photo Shutterstock

The Green Party sent out a press release today introducing a pilot program they hope to launch in Vancouver beaches and parks, should their candidates be elected into Park Board positions next month.

Citing drinking in public being legal in many other civilized countries throughout the world and (rightfully) bemoaning the fact that you can only drink in parks with a special permit in our city, they've pledged to change that.

Their candidate Dave Demers is quoted in the release as saying "More and more people do not have a balcony or garden where they can enjoy the outdoors and have a drink with friends. This is a matter of recognizing a strong desire from a large segment of the population, especially among the younger, condo-bound generations."

They propose that limited alcohol consumption at select beaches and parks will allow "responsible residents who want to enjoy a glass of wine by the water" to be able to do so.

They note that the laws regarding public intoxication (you can't be hammered in public) and littering (only drunk doofuses litter in parks) would remain in place, which would make sense because those laws don't fall under Park Board jurisdiction.

If other parties take suit and this idea catches on, at long last Beer Island may become a place where people may peacefully gather and have a drink or two without worrying about the fuzz coming in and issuing them a ticket.

Also, depending on who gets into the mayor's seat, we might see alcohol become more widely available throughout the city.

At our mayoral debate (the archived live stream is here), NPA candidate Ken Sim made a pledge to make it legal to buy alcohol in corner stores. An audience member heckled him saying that it was provincial legislation that would allow that to happen, and his response was that they'll "get it done".

Look forward to more boozy announcements from candidates leading up to October 20th, 2018.

This is Vancouver’s Stupidest Politics Column, bringing light to issues leading up to the 2018 Vancouver election. Check out the archive HERE.