OPINION: This is why I oppose the Yaletown Supervised Injection Site 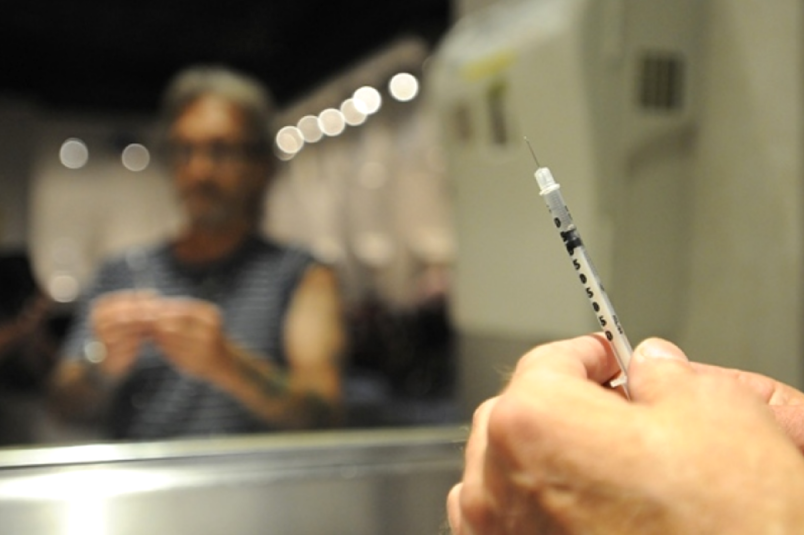 Insite has been operating safe injection sites in the Downtown Eastside since 2003. Dan Toulgoet/file photo
The overdose prevention site is falsely named. It doesn't prevent overdose, it facilitates overdose and then reverses it. There was a time when Supervised Injection Sites could be called harm reduction. I supported the first one. But with the Crosstown Model of social supports and pharmaceutical alternatives to allow stabilization and ultimately weaning this is no longer the case.
Safe injection sites are no longer harm reduction; they are now centers of harm production. People engage in crime to get money (harm production) then support organized crime to buy street drugs(more harm production) then risk injecting harmful substances (even more harm production). No thinking person can support such an obscene and twisted idea.
The NDP co-opted and ruined a good idea called Safe Supply. They give injection drug users pills laced with fillers that can't be injected. They inject them anyways. Now they teach users the complex process of removing the harmful fillers from their unsafe Safe Supply. They helpfully warn them that the process takes patience!
In 2007 I began raising $14 million for the drug research that became the Crosstown Clinic. The first contributor was BC Liberal Health Minister Kevin Falcon. When the overdose crisis deepened, it was another BC Liberal Health Minister Terry Lake who committed to quadrupling the Crosstown clients to 500 with an additional Crosstown type model in the new Three Bridges Clinic. The new NDP government cancelled both programs in the middle of the crisis! If not for the NDP many people would be alive today and the Yaletown Injection Site would not be needed.
To be clear, every person with a serious addiction should have access to pharmaceutical substitutes through a Crosstown program; no one should ever have to turn to street drugs.
The Yaletown site is particularly outrageous because it drops people with severe untreated addictions into the middle of a neighbourhood full of young families struggling with mortgages and raising children. It is right across the street from a playground and soon a new school. This area has the second highest density of children in the whole city.
The City of Vancouver used to a have an iron rule. When it comes to public policy, children come first, everyone else gets in line. This is the opposite. A marijuana shop recently had to move from there because of children’s distance rules but now we will have a thriving drug trade of hard drugs outside the site in that precise location.
Our neighbourhood has many people struggling with mental illness and addiction but they are well-managed and supported. They are valued members of the community. The NDP has divided our community and made it unsafe for families and elderly people. Barely a day goes by without some outrageous crime in the media. There are hundreds of other incidents that never make the news. Young families are moving out taking whatever value they can from their reduced properties at the worst time possible in their lives.
The NDP has made all of our communities less safe with their reckless and ideologically driven policies provincially and municipally. My plan has two parts. First you need leadership that actually thinks this is a problem. Second you need to separate the mentally ill from the addicted from the homeless from the criminals. Each of these need to be treated differently and it is only then the police can stop the criminals. We owe it to these heroes in law enforcement to allow them to do their job.
On October 24, you will have an opportunity to implement the first part of my plan. The NDP thinks it is fine to send communities into chaos with their ideological and reckless policies. A BC Liberal government will restore the principle that families and children are first and that no one should be unsafe in their own neighbourhood.
The below video explains my points more fully.
Sam Sullivan is running for reelection as the MLA for Vancouver-False Creek, and was the 38th mayor of the City of Vancouver