The City’s idea was that this system would push lots of previous short-term rental units back into Vancouver's long-term rental pool.
0
Nov 8, 2019 1:35 PM By: Joannah Connolly 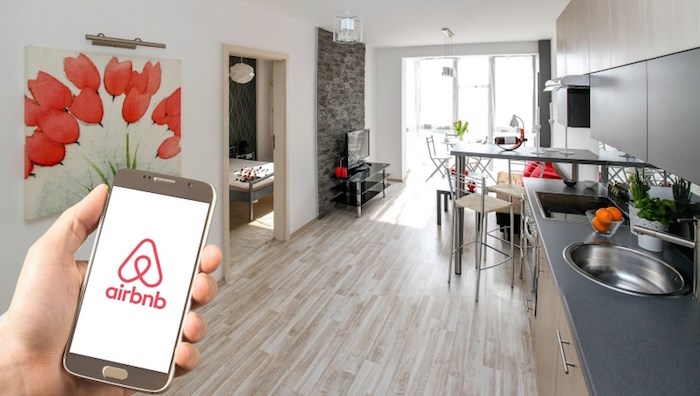 Are Vancouver’s short-term rental restrictions doing what the City hoped they would do? Photo: Pixabay

It’s been over a year since the City of Vancouver started enforcing its strict new regulations on short-term rentals (STRs) — renting out a property on Airbnb or similar platform — and the City has this week updated us with claims of “success” with its new system.

To recap the new rules, only a person’s primary residence — or portion thereof, such as a room — may now be legally rented out on a short-term basis. (All secondary suites, laneway homes, second homes or vacation properties in the city, if rented out, must be rented for 30 days or more.) Those who rent out part or all of their primary residence on a short-term basis must obtain a business licence from the City and follow specific guidelines.

The City’s idea was that this system would push lots of previous short-term rental units such as basement suites and investment condos back into the long-term rental pool, and ultimately ease Vancouver’s desperately tight rental market.

Certainly, the number of short-term rental units on platforms like Airbnb has dropped — the City announced November 7 that active STR listings located in Vancouver have declined from close to 7,000 to around 5,000. It also said that more than 2,000 unauthorized units that were taken off STR platforms when the new regulations came into force have not been relisted.

That latter statement may sound like a good thing — sticking it to those unscrupulous landlords with their nasty unauthorized STR units. But the truth is that all STR units were unauthorized before the city brought in the new rules — City bylaws previously banned any rental below 30 days. It just wasn’t policed before, and the City turned a blind eye because it was all such a grey area. So, in reality, a good chunk of those previously “unauthorized units” would be listings from regular folk with a basement suite or a laneway home, or perhaps a second home in the city, who rented it on Airbnb to make extra cash when it was convenient, and now can no longer do that.

I can count multiple people among my social group alone who used to make a bit of extra cash by renting out their basement to tourists, whenever they didn’t need it themselves. But those same people don’t want to become landlords to long-term tenants. They need to have the space available for their own use, for visiting family and friends, and it’s not worth the hassle of getting permanent tenants in. I’ve found that even people who could listing their own homes or spare rooms under the new rules are deciding not to do so, because of the need to get a business licence, and jump through fire and safety hoops to get it.

So the idea that all these former STR units are going back into the long-term pool is simply not the case.

Indeed, David Wachsmuth at McGill University's School of Urban Planning, who has researched the effects of Vancouver’s STR regulations, estimated that of those 2,000 units that have disappeared from the listings, a mere 300 have returned to the long-term rental market. That’s 300 more than we had, which is something, but not nearly enough to make a dent in the city’s vacancy rate. Simply having a reduced number of STR listings is not helping anybody.

It’s not all bad news. The City has also cracked down on those who actually are unscrupulous landlords operating now-illegal STRs, which is now much easier for the City to do since the rules became black and white. The City’s report says it has opened more than 3,600 case files and issued and pursued enforcement actions against suspected unauthorized units, including 802 violation tickets resulting in $113,000 in fines. More than 200 business licenses have been suspended, and 120 listings have been referred to prosecution.

All of which is fine. Rules must be followed, and those who break them must expect to face the consequences.

But it’s valid to question whether those rules are the best ones to have, when they don’t seem to be making a difference to long-term housing, and are reducing people’s ability to make extra income from their homes. Plus the City has to increase the cost of the business licence to cover all the auditing and policing. Not to mention the fact that the rules are also slashing the available accommodation for visiting tourists, making staying in Vancouver even more astronomically expensive, which is a whole other problem in itself.

As a recovering Brit, I may be biased, but I like the system in London, U.K., where STRs are allowed on non-primary residences, but only for a total of 90 days per year. In Sydney, Australia, the rule is 180 days. These limits still encourage landlords with an investment unit to put it in the long-term pool, to make more consistent income over the year than STRs, while also allowing families with suites to make a bit of extra cash, and giving visitors more accommodation options.

Until Vancouver’s long-term rental vacancy rate eases and its sky-high rental prices decline, it’s hard to see the real benefit of the city’s strict STR regulations to Vancouverites — whether a homeowner, tenant or landlord.