The City of Burnaby got plenty of use out of its supply of chainsaws Friday as workers cut down eight giant trees at Central Park.
Chris Campbell Nov 27, 2018 6:37 AM

The City of Burnaby got plenty of use out of its supply of chainsaws Friday as workers cut down eight giant trees at Central Park.

The trees were located next to the tennis courts on Patterson Avenue. I’m not sure if the term “old growth” applies to the trees, but based on the size of the rings in the stumps, they were plenty big and plenty old. 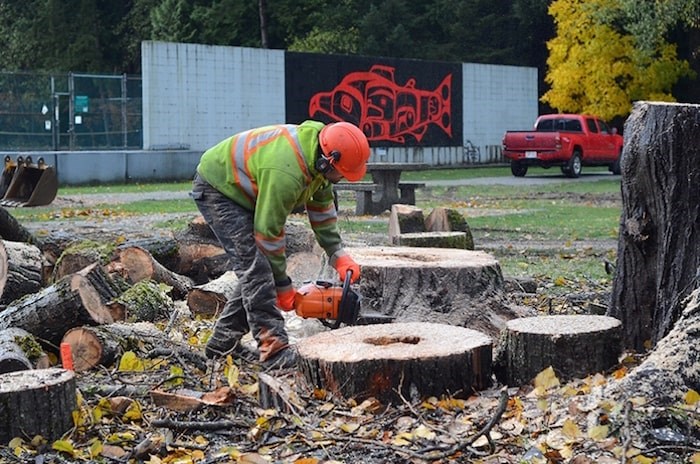 I received several calls and emails from angry area residents who say they had no idea this was happening.

Residents like Holly McCallum, who has been in the area for 20 years. She lives a block away and can see the trees from her balcony – or, at least, she used to be able to see them.

“These are massive trees,” McCallum said during an interview. “They are old trees. It boggles my mind because they’re such beautiful trees. And now they are gone forever.

“It just makes me so angry.”

The trees were removed, according to an email from the city, due to construction of the "Patterson Avenue Multi-Use Trail.”

According to the city’s website, this “is the second phase of a multi-phase construction project which will provide a lit perimeter pedestrian and cycling trail around Central Park.” 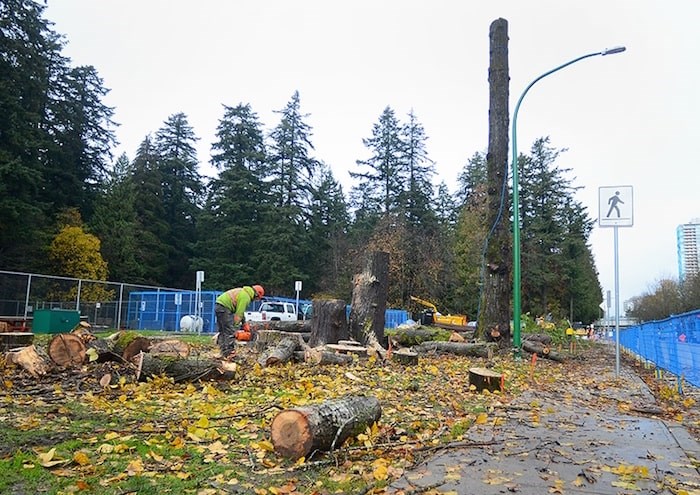 In a story the NOW wrote in March, it’s costing $1.8 million for the second section of the trail. It will run for 825 metres along Patterson Avenue, from Imperial Street to the Patterson SkyTrain station. Like the initial section, which is on the west side along Boundary Road, the multi-use trail will be up to four-metres wide with a porous, resilient surface that’s comfortable for walking and running, and quick drying. It’ll also provide water and air percolation to nearby tree foot systems, said a report to council.

In the city's statement to me, out of the eight trees, five were cut down due to "safety concerns" stemming from their age and size, while "three conifers were removed because of their close proximity of the new trail.” The city says it won't cut down any more trees due to the project.

"Every effort is made to retain, replace or expand the tree inventory in development situations.Special trail paving which protects the existing tree roots will be used for over 100 metres in order to protect dozens of existing trees and retain them. Replacement trees as compensation for those removed will be planted in the park in 2019. Additionally, our urban foresters have planted over 500 trees in the park in 2017-18 and will continue to plant new trees both at the edge and interior of the forest to provide future growth and forest resiliency.” 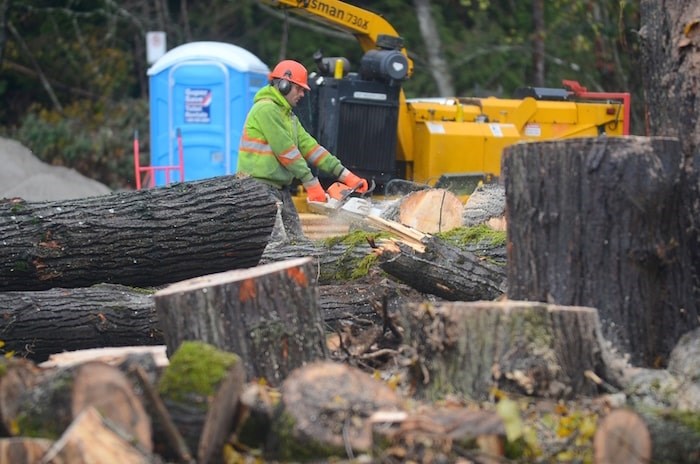 “I mean, are you kidding me?” McCallum said. “Make it go around the trees. We need to protect our trees as much as possible.”

Central Park is so miraculous because of its trees. They are a real show-stopper. I get that the trail is needed, but it still is annoying that trees had to be sacrificed to get it done. Seem counterintuitive.