Gun violence imported from U.S. is a key concern for Canadians

On the issue of firearms, Canada is decidedly different from the United States
Jul 14, 2020 1:18 PM By: Mario Canseco 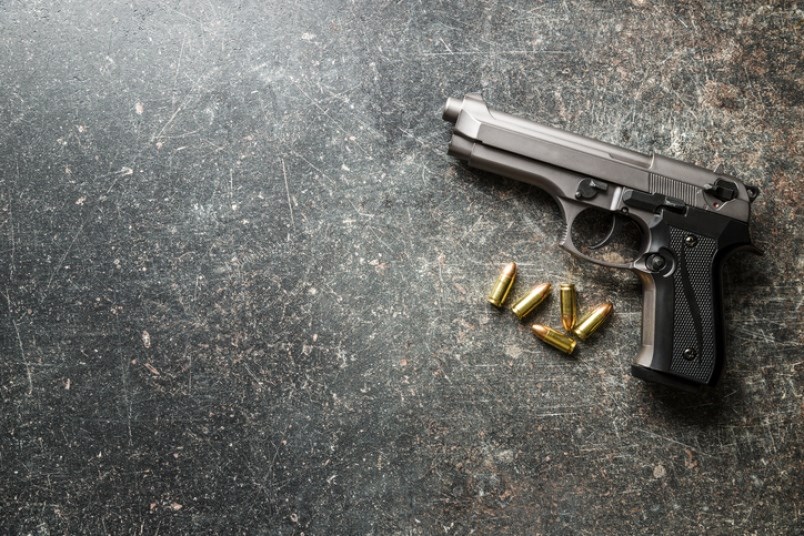 National governments have a tendency to overreact immediately after they are forced to face an unexpected challenge. No example is better than the aftermath of the 9/11 attacks in the United States, which gave us the “Patriot Act” after just 45 days of deliberation to expand government surveillance of Americans to previously unimagined levels.

In mid-April, the actions of Gabriel Wortman led to the deaths of 22 people in Nova Scotia after multiple shootings and fires. Most Canadians, at the time still under lockdown due to the COVID-19 pandemic, were horrified at Wortman’s actions, which included impersonating a police officer.

It took the federal government only 13 days after Wortman’s criminal activity was evident for the entire country to announce a nationwide ban on 1,500 types of military-grade “assault-style” weapons in Canada. Any Canadian who possesses these firearms will have two years to get rid of them. The prohibition led to many new discussions about the role that firearms play in Canada’s urban and rural areas.

We know now that the perpetrator of the 22 murders in Nova Scotia had obtained his weapons illegally from Canadian and American sources. This was not a surprise for Canadian authorities, who have consistently reported that more than 70% of the weapons used in gun-related crimes in our country come from the United States.

On the issue of firearms, Canada is decidedly different from the United States. In Canada, it is not legal for a person to own or carry a firearm for the purpose of self defence against human beings. When Research Co. and Glacier Media asked Canadians about this key precept of Canadian law, more than three in four (77%) agreed with it, while 18% disagreed and 5% were undecided.

Atlantic Canada (31%), Saskatchewan and Manitoba (29%) and Alberta (24%) boast the highest number of residents who openly question Canada’s long-standing regulations for firearms. While higher than what is observed in Quebec, Ontario and British Columbia, these are not proportions of voters that would sway an election, certainly not in the way American statewide and congressional races can be tilted if your candidate can adequately hold a shotgun and recite the Second Amendment of the U.S. Constitution in a manner that panders to the base.

Fewer than one in five Canadians welcome the notion of citizens carrying firearms for something other than hunting or scaring wildlife away. Any survey measuring opinions on banning “assault-style” weapons would be met with near unanimity. The opposition reacted to the announced ban as it always has under its outgoing leader, by claiming the regulations would affect law-abiding Canadians. Lost in this unfortunate combination of inadequate polling and incapable opposition are the solutions that matter to Canadians.

In our survey, more than three in five Canadians (63%) told us that gun violence in Canada is a “very serious” or “moderately serious” problem – a proportion that climbs to 69% among women and 68% among those aged 55 and over.

Sizable majorities of Ontarians and British Columbians, who have experienced gang wars in urban areas, are more likely to look at gun violence as particularly problematic (76% and 67%, respectively). The COVID-19 pandemic did little to curb gun violence in Toronto, where 61 people were shot in the first four months of the year.

We asked Canadians about the effectiveness of four possible measures, and their responses outline a public that is ready for bold action. More than three in five Canadians (62%) think enacting a complete ban on handguns would be “very effective” or “moderately effective” in reducing gun violence in Canada. Most crimes, after all, are not being committed with the military-grade “assault-style” weapons that the federal government was quick to ban.

A higher proportion of Canadians deem two other measures as effective: imposing mandatory jail terms for crimes committed with firearms (74%) and introducing new outreach programs to steer youth away from gangs (also 74%).

Still, the most important measure that Canadians want to deal with is related to our southern border, with 77% thinking that taking action to stop illegal gun smuggling from the United States will be effective in curbing gun violence in Canada.

Canadians place dealing with firearms smuggled from the United States as the most important issue that needs to be addressed. Many of the country’s residents also want to make sure gangs are not attractive to our country’s youth and believe mandatory minimum jail sentences would act as a deterrent.

Banning military-grade “assault-style” weapons is low-hanging fruit in a challenge that definitely has Canadians preoccupied and wishing for a type of government intervention that goes beyond a photo-op celebrated by poorly executed survey charity work.

True sociologists know that we learn nothing from posing the wrong questions to Canadians, and capable politicians should go beyond voicing displeasure with plans and proposals just because that is what they are expected to do. Meanwhile, Canadians are still worried about gun violence and expecting their elected officials to do better.

Results are based on an online study conducted from July 3 to July 5 among 1,000 adults in Canada. The data has been statistically weighted according to Canadian census figures for age, gender and region in Canada. The margin of error – which measures sample variability – is plus or minus 3.1 percentage points, 19 times out of 20.