As the 2018 municipal election draws near the war rooms of local political parties and independent candidates are getting more creative than they've ever had to be.
0
Aug 31, 2018 11:51 AM By: Bob Kronbauer

As the 2018 municipal election draws near the war rooms of local political parties and independent candidates are getting more creative than they've ever had to be. With Vision in full decline, a number of new parties and candidates springing up to split votes and new political financing rules changing the game, it's anybody's guess who'll win seats in this one.

What's the most important platform for candidates to be on this year? If you ask the host of the municipal politics podcast Seeking Office, Twitter is where a large volume of voters will be getting their information on candidates. Host and producer of the show, Alex de Boer, isn't alone in that thought, as I've noticed a high volume of sponsored political messages popping up on that platform, including this one from the NPA below. However I've also seen a bunch on Facebook and even Instagram as of late. 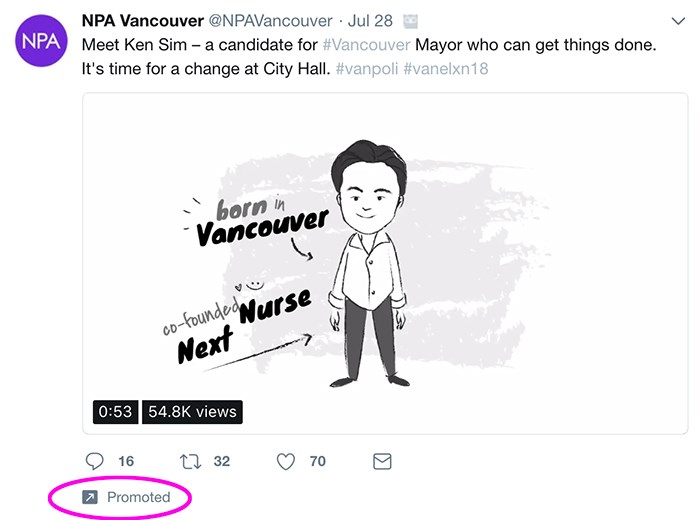 The NPA is investing in Twitter advertising this year, promoting their mayoral candidate Ken Sim. Screengrab

Ken Sim's closest rival on the centre right, Hector Bremner, somehow got onto the roster of speakers for the TedXVancouver speaker event happening September 8th at the Chan Centre. Holding a monopoly over other mayoral candidates on the roster for the night, the promo for Bremner on the TedX website offers a bold endorsement that "he never shies away from doing what is right". If that wasn't written by a campaign manager I'll eat my hat. 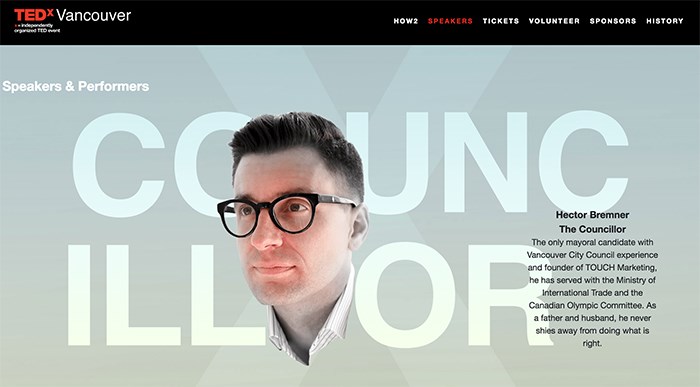 Hector Bremner will be speaking at TedXVancouver. Screengrab

Jean Swanson did a great job of getting her face in front of voters earlier this month as she spent a few days in prison for her part in a Kinder Morgan blockade. In an interview for Seeking Office she told it like it is, openly stating "I did it for the publicity". Listen to that interview HERE. 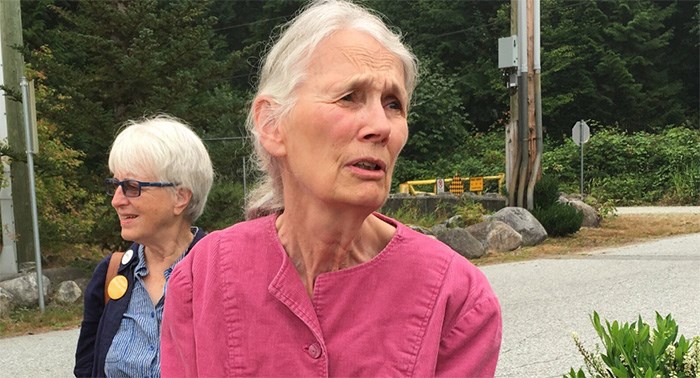 Call them shrewd, sneaky or just plain smart, the reality is that the new rules limiting political donations are making this election cycle more interesting.

This is Vancouver’s Stupidest Politics Column, informing voters leading up to the Vancouver election in 2018. Check out the entire archive HERE.