Vancouver: I Choose To Stay

Do I stay or do I go? That’s the question plaguing my Millennial generation of Vancouverites. We’re drawn in from Langley or Lethbridge or Ladysmith with the promise of big city adventure.
Eddy Tan May 9, 2016 1:49 PM 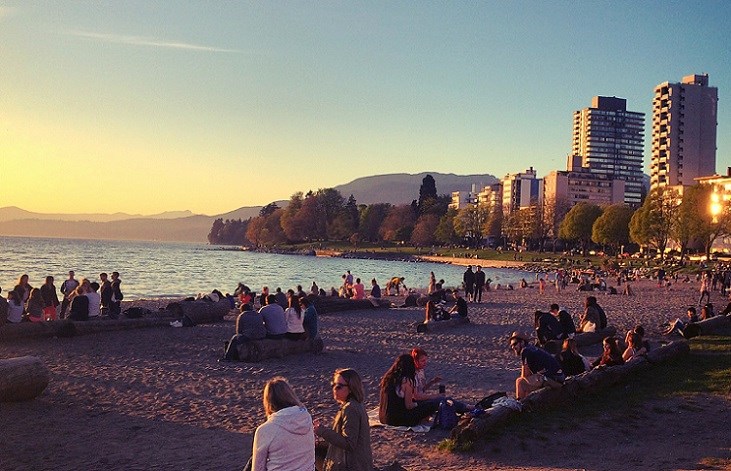 Do I stay or do I go? That’s the question plaguing my Millennial generation of Vancouverites. We’re drawn in from Langley or Lethbridge or Ladysmith with the promise of big city adventure. The first few years are filled with bocce tournaments, seawall bike rides and boozy brunches—it’s everything we dreamed of. But then reality sets in. Can I actually build a life here?

I don’t need to tell you what the problems are. You see the headlines and feel the pain. Are we ranked the 2nd or 3rd least affordable city in the world to live in now? I can’t keep up. As foreign investors continue to be allowed to play Monopoly on our streets, the latest fear is that the soul of the city is being pushed out. The artists, entrepreneurs, activists, and young families who make any city vibrant don’t have a million dollars to pay for an empty lot. Go figure.

This "Great Vancouver Exodus" has been sensationalized in the press, but I admit that I've witnessed it in my own life. The industry I work in has lost many rising stars as they chase their ambitions to London or Toronto. My closest circle of friends used to live within a 10-km radius, all in or around the downtown bubble. Now they’re being lured to suburbia one by one with the promise that they won’t be condemned to financial ruin. Fair enough, I suppose.

As for me? I choose to stay.

Not for the beaches or the mountains or the sushi, although these are all good things. This is my home. This is my city. This is where I’ve decided to put down roots. I refuse to be pushed out and I want to play a part in its future. But perhaps most of all, I’m staying because someone has to.

Every now and then, I meet someone who complains about how “cliquey” Vancouver can be and how hard it is to make friends. They’re often from a small town in the Prairies or the Maritimes where I imagine the friendliness factor to be disproportionately high. As a local, it’s hard for me to relate, but I would often say, “If you can’t find a friendly person, be a friendly person.”

A few years ago, I met a guy who had just moved here from France. He didn’t know anyone in the city and was putting a fair bit of effort into meeting people, so I invited him to a friend’s barbecue. He hit it off with us all, so much so that the people he met that night are now some of his closest friends. As it turns out, inviting him to that barbecue was a great move for me—I ended up marrying him.

He probably got more than he bargained for, but he put himself out there and worked for it. Breaking into a new city and making it your home takes courage. With a population as diverse as Vancouver’s, anyone can find their tribe with enough effort. That being said, someone has to stay to help shed this unfriendly reputation of ours, even if it means inviting foreign strangers to barbecues (let’s say that subsequently marrying them is optional).

You can give up and jump ship, or stay and drive change. I know that it's not an easy decision to make. Not everyone can afford to stay. Not everyone wants to. This city is easy to fall in love with and difficult to stay committed to. There are serious problems that need solving and I won’t downplay that. But I’ve made my decision.

I’ll sacrifice square footage to be walking distance from the beach. I’ll give up on the idea of owning a two-level house with a big backyard, like the one I grew up in—I don’t need all that wasted space, anyway. Every time I catch a sunset at English Bay, or pop in to my neighbourhood market for fresh produce, or meet up with friends for impromptu drinks at a patio down the street, I'm reminded of why I stay. In these slices of everyday life, I look around me and see that I’m surrounded by smiling, creative, interesting, unique people. Staying may not be the easy choice, but I know that I'm not alone.

So, are you going to stay with me? 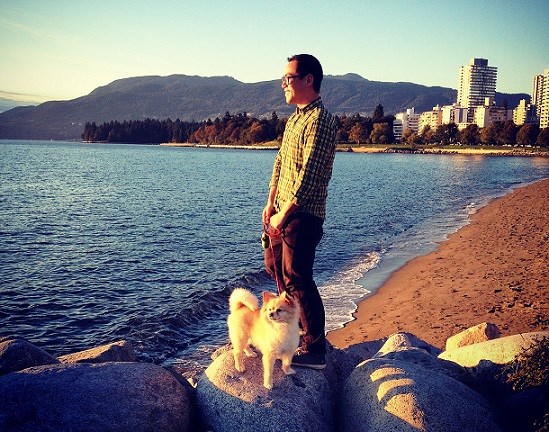 Survey: Measuring the integration of metrification across the country
Aug 12, 2022 12:00 PM