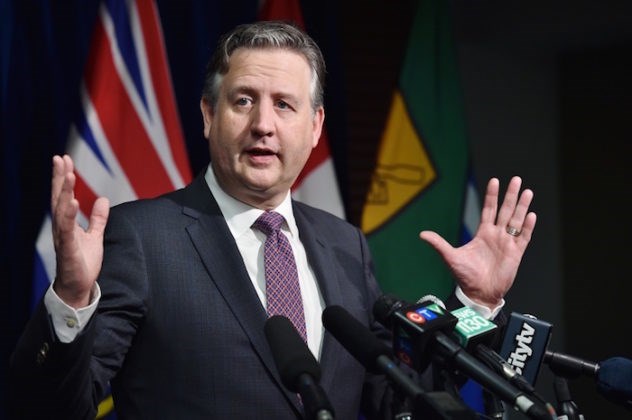 When you run for political office, you hope your constituents will remember you positively. The worst case is when you become defined by one major issue that dominates your tenure in office, and, as is often the case, is your undoing.

Vancouver’s Mayor, Kennedy Stewart, is heading toward being a one-term mayor because he will likely be defined by one issue -- tent cities in parks.

Whether Stewart likes it or not, as the mayor he is the face of Vancouver’s response to the tent city movement and the chaos that surrounds it. This must be frustrating for him because the tents are a symptom of many years of flawed governmental decisions on housing, poverty, the deinstitutionalization of mental health care, and the rapid growth of drug addiction. Also known as -- really complicated stuff.

Stewart is in the habit of pointing his finger at every level of government except his own, arguing that Vancouver can’t decamp tent cities without the support of the Province, the Feds, and the Vancouver Park Board.

He’s not wrong by any means. But doing nothing, which has been his approach for two years, is not right either. People are living in squalor. People are dying. More will die. Something needs to be done. In Vancouver. By Vancouver’s civic government. Which he leads.

Three times in recent years, the courts have stated through injunctions that tent cities in Vancouver parks were not safe -- twice at Oppenheimer Park and once at Crab Park. It is the role of the city, the park board, and the police to ensure the safety of the people they serve. As the judge stated in his decision in June 2020, the city and park board do not need an enforcement order to carry out an injunction. In short, police, as representatives of the city and park board, need to enforce the law. It is the responsibility of a municipal government to keep the people within its borders safe and to enforce the laws. Oppenheimer and Crab parks were determined not to be safe by the courts. They were cleared.

No decision has been sought for Strathcona, but precedent and facts are excellent guideposts. Clearing the park seems like a given. Does the city need an injunction to prove that? Only if they want to deflect responsibility, which seems to be the case more often than not in Vancouver.

Unfortunately, the Mayor seems totally beholden to his supporters who see the tent city as a legitimate protest and an opportunity to pressure governments for more housing.

As a result, Stewart has turned his back on the majority of Vancouver residents who think the city should get tougher on these persistent tent cities, especially now we find out there are alleged drug dealers, thieves and even murderers living and hanging out amongst the vulnerable homeless residents of Strathcona Park.

The province has announced that they will have the Strathcona Park tents cleared by the end of April, and every person who wants a home will have one. The problem is, they did that already in Oppenheimer Park -- twice!

And while I am confident Strathcona will be dismantled as the provincial government has stated, another settlement will pop up soon after. And the Mayor, with the support of his Council and the Park Board, will allow it just like they did before, even though they don’t have to.

Come the civic election in 2022, likely with yet another tent city growing somewhere in the city, Stewart will have to explain to the voters of Vancouver why he failed this key leadership test. It risks becoming the issue that, more than any other, will define his term as mayor.

George Affleck is a former City Councillor in Vancouver, retiring from office in 2018. He is the Founder of Curve Communications, Co-host of the political podcast Unspun, and a regular contributor on CTV and CKNW. Twitter @george_affleck

Opinion: Vancouver Police accountable to the public for Judge Romilly’s arrest
May 17, 2021 7:33 AM

Support for separated bike lanes remains strong in Vancouver: poll
May 17, 2021 6:00 AM

Opinion: We need a vaccine against Olympic and fossil fuel insanity
May 16, 2021 2:07 PM
Comments