What are we left with 10 years after the Vancouver Olympics? 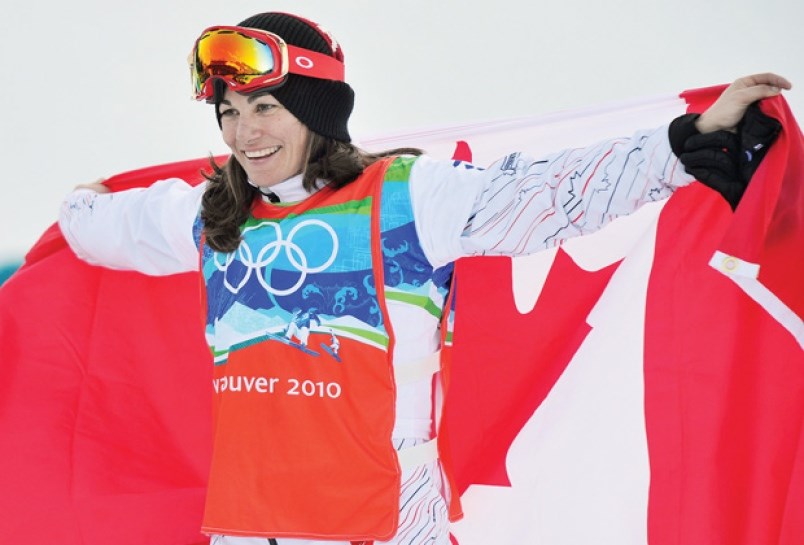 Remember that? Remember Wayne Gretzky riding in the back of the ceremonial pickup truck? That was weird. And very Canadian!

It’s hard to believe that it all happened a decade ago. In retrospect the questions surrounding huge civic events like this all have to do with legacy. What is left behind, physically and psychologically, for the local residents once the party is over? What was the price tag? What will carry on? Why did Russia leave behind this big bag of needles?

Let’s take this opportunity to look back and examine what remains from those 17 days in 2010.

Ah, memories. Misty water-coloured memories, of a beer pitcher. No, you can’t eat or live in or skate on or reduce ER wait times with memories, but what is life if not a series of events and snapshots and experiences stitched together individually and collectively into a never-ending tapestry known as us? Also: mittens.

The Olympics were a lot of fun, for many of us, is what I’m saying here.

Watching crazy Jon Montgomery strolling down the streets of Whistler chugging straight from a pitcher of beer after winning a gold medal was wildly entertaining. West Vancouver’s Maëlle Ricker crafted one of the greatest moments in North Shore sports history when she won a gold medal at Cypress Mountain, just a few kilometres away from her childhood home.

The 2010 Olympics also taught Canadians to love ice dance rather than scoffing at it as the fake figure skating pseudo-event that the Russians always fixed. In 2010 Tessa Virtue and Scott Moir won their first Olympic gold medal and twizzled their way into our hearts. Ice dance fake? Tell that to my tears.
Also there was that golden goal from Sidney Crosby, an instant classic that leaped right near the top of the list of the greatest moments in Canada’s storied hockey history. Celebrations erupted all across the country, most of all in Vancouver, where outdoor viewing stations spilled into the streets. A similar setup really caught fire the following year when the Vancouver Canucks almost won the Stanley Cup.

Special good times. And no, you can’t eat those moments, but people will be able to fire up YouTube and feast on those memories for a lifetime.

Life is a highway

Okay, so memories aren’t a concrete legacy. So what is a concrete legacy? Well … concrete. Lots of it, on the refurbished Sea to Sky Highway, upgraded to increase safety and accommodate all the traffic heading up to events in Whistler during the Games. Once known as the Highway of Death, it is now not known as that, although there are still a lot of crashes on it. According to recent B.C. Ministry of Transportation numbers, there were an average of 94 serious collisions per year before the upgrade and now there are an average of 70 per year, despite an increase in overall traffic. Olympic motto: Faster, Higher, Slightly Safer!

I was just on the Google Map machine and discovered it takes nearly as much time for me to take public transit from my house in North Vancouver to the West Vancouver Community Centre as it takes for me to take public transit to the Vancouver International Airport. This despite the fact that I basically live on the same street as the rec centre, a trip that crosses no major bodies of water, while the trip to the airport includes a boat ride.

Why are these two trips almost the same? Well, for one thing, there’s no rapid bus line into the heart of West Vancouver. But that’s a different legacy story. The big reason is the Canada Line, a rapid transit route that caused grief during its messy construction phase but has made airport access an absolute breeze since it opened in 2009, ready to roll for the Olympics. It’s like Uber, except cheaper and faster and not evil and reduces traffic!

The outdoor Olympic cauldron, fenced off during the Olympics to keep out ruffians, now sits free and easy on the waterfront downtown. Nearby, the west building of the Vancouver Convention Centre, completed in 2009, has a fancy glowing globe in the lobby and grass on the roof. Next time you come for a convention, bring your goat!

The Hillcrest Centre in Vancouver, home to Olympic curling, and the Richmond Olympic Oval have both been turned into well-used community centres, a far cry from the common refrain of Olympic host cities being left with white elephants when the Games move on. You can still nordic ski and bobsleigh up near Whistler as well, although having those facilities hasn’t done too much to tick those sports past the niche level around here – Vancouver didn’t suddenly fill up with lugers.

So there’s the legacy. Was it all worth it? I’d lean yes, given that watching highlights of Canadians crushing it in record fashion over those 17 days still warms my mittens. It did cost a lot of money, though. Billions with a capital B. But other Olympic host cities have spent a lot more and been left with a lot less over the years.

And the world seems to have caught on to the IOC grift, with sane (i.e. democratically elected) governments showing a lot more reluctance these days about chasing Olympic hosting glory. Were we suckers, or did we find some golden fun while avoiding an Olympic-sized hangover?

It probably all depends on your perspective. Was that pitcher half full, or half empty?